Headed there this weekend, what must I do?

I'm going for 3 days. Wrapping the trip up at the MNF Saints game. I want to see the whole town, not just Bourbon Street.

answered by
Hayden from Cleveland

You have to go to  Café du Monde,  Gumbo Shop,  Deanie's Seafood, and get a hurricane from  Pat O'Brien's Bar.

Definitely do not spend the whole time on Bourbon Street!  This past year, I actually went on a weekend trip to New Orleans for the very first time and I thought that I'd be spending a lot of time on Bourbon Street and in The French Quarter, but I managed to get that all out of my system on the first evening.

Bourbon Street was seriously like college spring break and after one walk-through of it, I couldn't wait to find something else.  Ended up finding a chill little bar (except for the heavy metal- and real punk rock-only jukebox) on a small street called Front Of The Dungeon (there's also their more popular counterpart right next door called Ye Old Original Dungeon, but they don't open till 10:30 PM).  Bartender gave awesome recommendations for things to do, the drinks were not super sugary like on Bourbon Street, and we got a game of pool in.

Went to Frenchmen Street afterward to listen to some jazz because that's where you do it. The Spotted Cat Music Club is one of the most legit ones there.

In the day time, go to the Central Business District (the CBD) and walk along Magazine Street.  So many stores and restaurants there!  One of my favorite restaurants was Surrey's Juice Bar.  They actually have two locations on Magazine Street.  I started at the one at the CBD location of Surrey's and walked east from there all along Magazine Street.  Lots of cool antique stores and other sights.  But back to Surrey's, I actually went there for brunch twice when I was there.  Their shrimp and grits were off the hook and their bananas fosters french toast was to die for.

Another thing you should check out is City Park, one of the most famous parks in the United States.  So gorgeous, and it's huge with a lot of attractions.  There's also Morning Call inside of the park, which is pretty much the same as Café du Monde in terms of menu and setup, and even their history dating back to the mid-1800s.  I took a bus to and from there from the French Quarter.

Another brunch'ish spot that I loved was Stanley.  They have all sorts of eggs benedict and were so good.  One restaurant that I wanted to try, but didn't get to is Dante's Kitchen, which I've heard from locals is amazing.

Have fun and let me know if you want any other recommendations! :)

erik
Just read your comment. Next time you go back def go to Dantes Kitchen! It's one of my favorite spots in NOLA.

Debbie
For sure! Thanks, Erik!

I went down to NOLA a few years ago with some buddies to for a Saints playoff game. I couple things that stood out: first we had dinner at  Cochon which was a welcome change of pace from normal guys weekend, party-type grub. It's authentic cajun style (so felt like we were soaking up some local eats) but it was a step above anything we randomly found down there. It's good food and vibe. Also, the downstairs bar at the The Ritz-Carlton, New Orleanswas an unexpected treat. Some very legit jazz musicians playing down there and a lot of celebs were hanging out. Enjoy!

New Orleans has so much to see and do, it quickly became my US fav.

Besides grabbing a hurricane  Pat O'Brien's Bar and a hand grenade at Tropical Isle Original, you'll definitly want to check out the  St. Louis Cemetery No. 1 (which is walking distance from the French Qtr) at Basin and St. Louis St.

Also, you must have a Beignet (donut) at  Café du Monde.  They go great w a coffee and come w tons of powdered sugar... yum!

Have a great time and hopefully Miami makes it a competitive game.

You have to go to Magazine Street. This is where a lot of locals hang out its an area really unique to NOLA. There's a great music venue there called The Spotted Cat Music Club, it's is my favorite bar. It has great music but it can get very cramped. 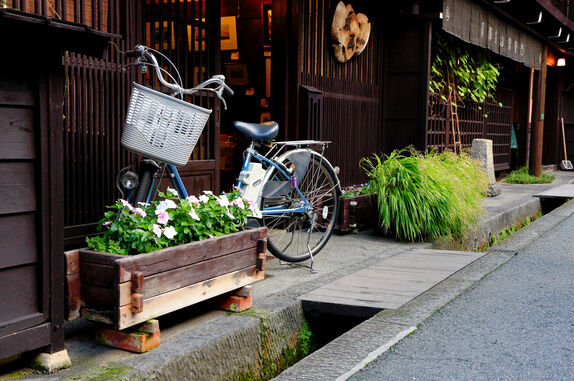 Annemarie
Great idea. I love that neighborhood, too. So many gorgeous homes and adorable shops.

Take the streetcar down St. Charles Streetcar Line and check out the old mansions. You can ride it both directions. Fare payable in cash.

2. StreetCar- Take a street car uptown on St. Charles Ave. Make sure you take the St. Charles one.

3. Get wasted. You can drink on the street. Day drinking is fun in the quarter.

answered by
Scott from Fort Worth

Get a Surf 'n' Turf po'boy at Parkway Bakery & Tavern, rabbit and dumplings at Cochon, and a Pimm's Cup at the Carousel Bar of Hotel Monteleone.  Ride the St. Charles line of the streetcar from Canal St. to Carrollton Ave.  A Hurricane at Pat O'Brien's Bar, Dixieland jazz at Preservation Hall, and beignets & cafe au lait at Café du Monde are all, of course, on anyone's short list.  Laissez les bons temps rouler!

answered by
Cade from Kiln

Canal Street is the main street that the New Orleans culture shows most. It's connected to Bourbon Street. This is the tourist area of New Orleans. I suggest researching Canal Street.