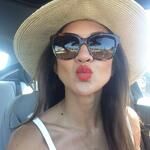 Best places to eat in Nashville?

I'm going to Nashville with 3 girlfriends this weekend - staying in the 12 South area. What are the best places to dine? Would love some brunch, BBQ and dessert options. Open to all budget levels. :)

My mother & stepfather lived in Nashville for about 15 years.   On one visit, he turned me onto a place called Gerst Haus. It's been around for 60 years, now. It's simple, wholesome, and very tasty, German fare. Whenever I visited, my grandfather and I would sneak out there for pig's knuckles and beer. I like southern food, but this was a nice break from it! It's located at 301 Woodland Street, Nashville. Phone; 615 244-8886.

I don't know if they still do this (or why they did it at the time), but you need to pay for your beer in exact change. The beer tab was kept separate from the food tab. They'd bring you your bill, you'd give them a large bill, and they'd break the bill so that you could pay for your beer. We'd always laugh about it.

One of the best brunches in town is at the Gaylord Opryland Resort.  High end spread; very nice!

As far as BBQ is concerned, I don’t feel qualified to make a recommendation.  This is because I’ve barely scratched the surface.  If fact, I wouldn’t trust a recommendation from anyone but a local.  But, hey, that’s just me!  I’ve always had good luck going to some hole in the wall type of place.

answered by
Carly from Colorado Springs

Hope you have so much fun in Nashville!  Lived there for 4 1/2 years and still one of my favorite cities.