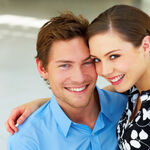 I'll be coming to San Jose for a conference next month.  While we're at it, my coworker/buddy and I have taken an extra day because we thought it'd be fun to rent a car and drive up to Napa and San Francisco.  We plan on starting out in Napa then ending up in San Francisco.  Our only time constraints are that we have dinner reservations at Acquerello in San Francisco at 6:30 and we have to be at SFO by 10 PM.  Otherwise, here are our loose, tentative plans:

Drive up to Napa on Thursday morningHit up a few good wineries.  Here's a list of a few places we had in mind and we'll play it by ear:
RubiconSterlingDomaine CarnerosDomaine ChandonKuletoCastello di AmorosaRutherford HillHendryHave lunch somewhere in the middle of the wine tasting (suggestions?)Drive to San Francisco for dinner at Acquerello at 6:30Have to be back to SFO by 10 PM to catch our midnight flight
Does this look doable?  We don't want to bite off more than we can chew, but Napa is so close to SFO that we'd love to try to go.

Your plan looks pretty solid!  For your drives, traffic-wise, I suggest you leave before 7 and maybe do breakfast on the way or in Napa as well, or after 9 because otherwise, traffic is crazzzzy getting out of Silicon Valley.  Once you get out of there, most other areas will be fine in the afternoon.  Then when you're driving back south to San Francisco, try to wrap things up by 3 because that's when carpool starts and things start to get crazy around 4-5'ish whether you're taking the Golden Gate Bridge or the Bay Bridge.  From San Francisco, I would allow 30-45 minutes to drive to SFO just to be safe, especially if there's the returning of a car to factor in.

Now onto the fun stuff!  On your winery list, the ones that I recommend the most are Domaine Chandon and Domaine Carneros because they both make fantastic sparkling wines and are well located.  Hendry Winerygood, too.  Your list, however, is missing one of my favorites -- Artesa Vineyards & Winery.  The winery is absolutely gorgeous, totally chill and they have several varieties or great wine.

Some of the others on your list, you're more experiencing what their famous for -- the winery and not the actual wine.  Rubicon Estate Winerybecause it's a Francis Ford Coppola Winery place that's full of wine and movie memorabilia, Sterling Vineyards because of their gondola ride,  And Castello di Amorosa because of its medieval castle'esque building.  If you're fine with it being a little crowded and you do want to see these attractions, you could factor them into your trip.  Just bear in mind that you'll probably be staying at these longer than most other wineries.

Kuleto Estate Winery is something that is reservation only so it's hard to play that by ear, and also, it's a cabernet spot, so I would only go there if that's your thing.  Also,at $40, their tastings are more expensive than most.  Rutherford Wine Company isn't the greatest winery.

For lunch, it sounds like you guys know your food and will be having a big dinner already and want to go to a lot of wineries, so I'll suggest a couple of my favorite spots that are quick, yet tasty and very regional.  There's Gott's Roadside in Napa (one in St. Helena, too, if you find yourself there).  Very casual, order-at-the-counter type burger spot, but it'll be one of the best burgers you'll ever have, and they also serve local wines and beers.  You have the option of eating on their huge deck under the sun while enjoying the Napa air.  My favorite there is the seared Ahi tuna burger.

Then there's Addendum, which is Thomas Keller's pop-up type restaurant based out of one of his other restaurants, ad hoc.  Ad Hoc wouldn't be open on Thursday for lunch, Addendum will be open from 11 AM to 2 PM.  They serve their famous buttermilk fried chicken and a bbq plate of sorts for $16.50, which is a total steal.  They serve it in a to-go container and you can go picnic in picturesque Yountville.  I suggest hitting this up on the earlier end because it's first-come first-served and they do run out.  By the way, this is really close to Domaine Chandon.

Have fun on your trip and have a great dinner at Acquerello.  I'm jealous!

Andreas
Wow, thank you so much! Wasn't expecting to get such a detailed and thoughtful answer, but my buddy and I really appreciate this! We'll definitely add Artesa to the list and try to check out Addendum.

Kuleto Estate Winery is a great spot. If you're lucky, Pat may be on the premises.