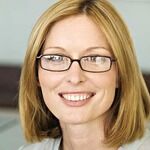 My husband and I are taking a trip to Napa early next year with another couple who happen to be vegetarian.  We're from the mid-west, where there are practically no vegetarian or vegan restaurants, which means that we rarely get to eat out together, so I'd love for this opportunity to go somewhere nice.  I hear that there are lots of vegan and vegetarian spots in California, so are there any good vegetarian restaurants in the area that are about $50/person or less?

There used to be an amazing vegan restaurant in Napa, but sadly, they are no more and no one has filled their shoes since.  However, a lot of nice restaurants up in the region have fantastic vegetarian and vegan options on their menu in addition to meat options.  Not only that, but they're also very accommodating to food sensitivities, like gluten- and lactose-intolerance.

One restaurant that I know of that definitely has vegetarian options is ad hoc in Yountville, which is an American restaurant.  They have a prix-fixe menu that's typically a meat dish, but they also offer vegetarian and non-shellfish prix-fixe menus as well.  They're really good and this is actually one of acclaimed chef Thomas Keller's restaurants.

For Latin American food, there's Pica Pica Maize Kitchen and for Thai, there's  Mini Mango Thai, both in Napa and both of which are local favorites and offer great vegetarian selections.

Brooke
These sound great! Latin American food and Thai actually sound really good. I'll run these by the husband and our friends. Thank you!

Debbie
You're welcome! Maybe you'll have time to visit both :)

Brooke
I hope so!