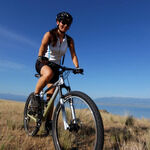 Limited time in Napa, help with my itinerary!

My boyfriend and I only get to be in Napa for part of an afternoon and early evening, so I'd like to get some help in maximizing our time there!  We'll be flying into SFO in the morning, then renting a car and driving straight to Napa.  Hoping to be there by noon.  We have dinner at a friend's house in the area at 6, so from noon till about 5:30, I'd like to pack in as much of Napa as I can, because the rest of our California stay will be with my family in Berkeley and San Francisco.  Here's what we had in mind:

Do you think this could be accomplished in 5'ish hours?  Any thoughts on the itinerary?  I'm open to all suggestions!

That's an ambitious itinerary that you have there!

First things first, I wanted to point out is that all of the really popular spas are actually in Calistoga.  If you weren't going to the spa, I would have suggested that you head directly to Sterling first, since that's in Calistoga, then head 20 minutes south to Rubicon in Rutherford, then further south to Napa for dinner.  So with that in mind, I suggest going to Rubicon Estate Winery first, then I would head 20 minutes north to Sterling Vineyards, do their tour, then go to a spa before heading south to Napa for dinner.

Based on the two wineries that you listed, I would do a quickie lunch because those are two really time consuming, and since they're the two more famous wineries, they'll likely be more crowded than most others.  I suggest getting lunch on the way there or around your first winery.  Actually, Rubicon offers food tasting with their wine pairings or if you want something more substantial, they have a restaurant, so you can kill two birds with one stone.  If you're doing food, expect to spend about an hour and a half there because you'll want to check out their wine and movie memorabilia, too.

As far as Sterling goes, they don't have food, but they do have wine tastings and a self-guided tour plus gondola ride.  If you do every thing, expect to spend about an hour and a half there.  Should you get hungry in Calistoga, here are a couple grab and go places that are still very tasty high quality foods: Palisades Deli Cafe and Buster's Southern BBQ & Bakery.

When it comes to spas, here are the three most popular and highest rated ones, all in Calistoga, and they all offer great massages, mineral soaks, and mud baths:

Since your schedule is so tight, I would have everything planned to a t:

You could also skip the spa altogether and just relax and take your time during wine tasting.  I don't think there are any mineral springs around SF/Berkeley, but there are still plenty of great spas literally everywhere in the area for you to check out during your stay (we sure do like our pampering around here!).

Miriam
Whoa, thank you! You could be a professional trip planner :) I'll look up those spas and see if anything's worth squeezing into my schedule. Thanks a ton for the tips on the wineries and food, too!

Debbie
You're most very welcome! :)

answered by
Avery from Berkeley

For lunch in Napa, I love  Genova delicatessen.  Their pastrami sandwich is to die for!  You can also pick up a lot of delicious sides there.  If you don't mind driving up a little north to Calistoga, the tri-tip sandwich at  Buster's Southern BBQ is also pretty amazing.  Both quick to pick up.

As for your spa time, I would personally skip it in Napa.  Spa time after you've eaten and gone wine tasting just doesn't sound like the most comfortable thing to do.  I would spend more time enjoying the food and wine.

Since you'll be in San Francisco, I highly recommend the  Kabuki Springs & Spa to make up for it.  You'd get a similar experience to the hot springs in Napa Valley, but Japanese style and in San Francisco :)

Miriam
Thanks, Avery! Those sandwiches sound so good, I might have to pick them both up! And thanks for the tip about the spa in San Fran. That sounds like a unique experience, too!

Debbie
Yay! Someone else mentioned the Buster's! Yes, their tri-tip sandwich is amazing, and I actually do love Genova, too. By the way, pro tip: don't call San Francisco "San Fran". It's like nails on a chalkboard around here. If you want to refer to it in two syllables, simply call it "SF". We also call it "the city" ;)

Since you may be driving by St. Helena, I actually recommend the Chappellet Winery. Very out of the way winery, but well worth the trip. The cellar is built in a massive man-made hill covered in vines, and the grounds have some amazing views of the valley.

Another good one in St. Helena is V. Sattui Winery. Great grounds for a picnic, and lots of good wine and cheese to buy!