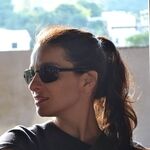 What are the most popular neighborhoods in Munich?

Where is the best area to stay and what should I see in 2 days?

answered first by
Janine from Seattle

It depends what you're looking for but my vote is for the Schwabing Nord neighborhood because of the younger crowd.

For things to do, explore Marienplatz and the Viktualienmarkt farmers market. Great sightseeing, shopping and people watching. And it's free!

For a 2 day visit I recommend staying in the Altstadt - the streets near the Cortiina Hotel have a neighborhood feel and are a short walk to the tourist sites like Marienplatz, the farmer's market (Viktualenmarkt), beer halls, the shops on Maximilianstraße and the local boutiques and cafes of Gärtnerplatz

Schwabing is nice too, maybe better for longer stays. I like the area near Hotel la Maison.

For a hotel option, the local H'Otello Chain, has a location downtown: H'Otello / B'01München and two in Schwabing, like H'Otello / H'09 München

Stay downtown.  There are good hotels at all budgets, but avoid the ones right next to the Hauptbahnhof (central train station) as this is Munich's dodgiest area.  Definitely have a beer at the Hofbräuhaus, grab a few picnic items at the Viktualienmarkt and have a picnic in a park, visit the Pinakotheken museums and visit Dachau Concentration Camp. If you visit only one place in Munich, make it the Dachau camp. The Dachau neighbourhood surrounding the camp site is the wealthiest area of Munich, so there are plenty of high-end shops and restaurants.  If Bayern Munich are in town at Allianz-Arena try to get to a match...there are usually a few tickets available.

answered by
Sam from Munich

Figuring out where to stay is pretty tough, but here are three neighborhoods that fit well with a lot visitors to Munich.

English Garden area, like terry said is really peaceful if you're looking to be farther away from city attractions, less touristy, more for families.

Schwabing Nord is where the younger crowd generally hangs

Ostbahnhof is more centrally located and closer to city attractions. 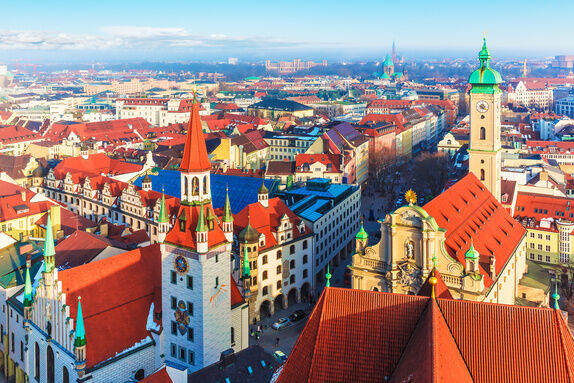 As Janine Wilde said, if you are looking for night-life, then stay near Schwabing Nord.  And because the Munich subway system is so extensive & fast, you can get anywhere in Munich quickly.

My personal favorite is to stay near English Garden, plenty of trails to walk or run, and it is quite beautiful.

In truth, I cannot think of a "bad area" to stay in Munich, we have stayed in numerous locations, and we always try to be very near to a subway station. This is because you do not really want to drive in Munich, parking is not simple there, and the traffic is amazing. Then if you add in the fact that you probably are not 100% clear on where you are going to, driving can be very stressful. Do yourself a favor, don't drive and let the subway take you.

As for what to see in two days, lets see;

1) Olympiazentrum  Beautiful grounds, interesting architecture, easily accessible via the U-Bahn.  Definitely go up to the top of the Olympic Tower, the view of the city is very good.

2) BMW Museum  Just across a walkway bridge from the Olympic Park.

3) Marienplatz  Pedestrian walkway in the center of downtown Munich, don't forget to have a beer and watch the glockenspiel march at the Rathaus.

4) Plan on having dinner at one of Munich's beer gardens, there are many, but Hirschgarten is the world's largest.  Or perhaps Augustinerkeller.  You just cannot depart Munich without going and enjoying one of these beer gardens!

5) If you enjoy museums, try the Deutsches Museum.

6) If you have the time, definitely take a taxi or subway to Dachau and see the Dachau Concentration Camp, yes it is sobering, but the museum there is good and everyone should visit one of these camps at least once in their lives.

Have fun, it is a fascinating city, easy to get around in due to the subway, bus and tram systems.

answered by
Mickey from Munich

Hi Luiza - Lots of answers here....Munich is a big city, but getting around is very easy, as long as you don't drive. Driving is not as bad as many people say, but its a hassle to park, you don't really know where you are going, and because Munich's public transportation is so amazing, there is no reason to drive. (Really) I live here, and only use my car for trips outside of the city. Period.

So - make sure you stay in the city center. This can be a bit difficult to determine for someone from outside - but you can generally refer to the "Mittlerer Ring" (middle ring in English) which is a freeway that runs around the city center. More or less, anything within that ring is considered central - anything outside, less so. (The middle ring is also the worst of Munich's traffic btw)

A ticket for the public transportation system is available for groups and for three days as well. Go ahead and buy one. Compared to most cities in Europe, its cheap, and is good for ALL publicc trans - subways, trains, trams, and busses - and there is NOWHERE these can't take you. If you're brave enough to try on your own - the ticket is available at any vending machine at the stations for the subway - and many of these have english signage. If you are unsure, there are manned kiosks at Marienplatz (downstairs), and Sendlinger Tor(also downstairs) - there must be one at the Hauptbahnhof - but I don't know for sure, and it may be empty at the moment because the whole place is under renovation right now.

Schawabing is a nice place to go. Schwabing Nord - as has been suggested eslewhere, is not "really" a place. Its a construct created by the real-estate people who wanted to sell apartments in an area a bit north of Schwabing proper. Schwabing is great - Schwabing Nord, if you can find it, is just a bunch of overpriced apartments. In Schwabing though, you'll find plenty to do. Well- to eat anyway.

Hipper and edgier is the Sai Spa München – Glockenbachviertel - its the gay nieghborhood of Munich, but is becoming less so with gentrification. Bars and restaraunts are all over here and there are far fewer tourists than Schwabing - which even German tourists from elsewhere know.

Right next to the Glockenbach is Gärtnerplatzviertel - which is similar. So much so that the two pretty much form one area. Here again - very nice - but perhaps a bit more trendy and expensive than the Glockenbach.

Most of the tourist sites are right in the city center - so walk the streets leading away from Marienplatz and you'll see them all. The English Garden is one of the world's best urban parks (possibly even the best) so it makes sense to get out there and see it. There are plenty of hidden gems - so I'll leave you to find your own.

Good Hotels in the areas I've mentioned - the only one I know would be the Olympia - right on Hans-Sachs Str in the Glockenbach. I don't use hotels here - but that one is elegant - centrally located, and not horribly expensive.

answered by
Fayrouz from Antibes

Try Ostbahnhof, it's liveable neighbourhood with lots of connection from the east train station.