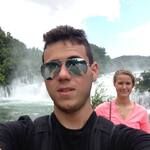 Hello, I am staying in Munich for one week, so i have a lot of time to spend and there are a few things im focused on. I want to find good food. No. Great food. I dont necessearaly want an expensive 5 star restaurant, but food that comes form markets, thats homemade, fresh, and really kicks the ass of any mainstream food provider. It can be any type of food, but fresh homemade, and a place with a nice helpful staff are the most important factors.

Also i really enjoiy the feel of small local pubs and bars and if there are any that attract a friendly crowd, and have a good selection of beer i would love to go there. Good beer & good food together is a huge plus.

I would also like to go hiking. I prefer moderatley difficult trails, and if I could camp on the trail or in a section off the trail that would be even better. I dont want to travel more then an hour to two out of Munich so if anyone has recommendations please let me know.

ps.- star-gazing is on my agenda (looking for super dark areas away from city light)

answered by
Björn from Munich

If you are a person who enjoys simple but awesome italian food and loves some good espresso I highly recommend you to visit Bar Centrale. Lovely authentic Italian bar with simple, great Pasta and a good choice of wine. The staff is awesome! Probably the most Italian place in the most northerly city of Italy ;-) Don't be scared away from the outside look of the bar, go inside and enjoy.

answered first by
Mickey from Munich

Well - Munich is a big city - so there are lots of places with good food - but perhaps not as varied or cosmopolitan as you are used to in New York. Also - be aware that, in general, Germans like their meats WELL DONE and swimming in salty brown sauce. This is kind of a culinary turn-off for some, but I appreciate the down-to-earth robustness of German, and especially Bavarian, cooking. The spices are mild, the flavours often familiar - but this can be a good thing.

I can recommend the Gaststätte Fraunhofer, Fraunhoferstraße 9, München for organic meats, and a traditional Bavarian menu and atmosphere. You'll get the beer, the (reasonably) large hall, the pork knuckle with dumplings and the guys playing Schafkopf (a traditional Bavarian card game played in these kinds of establishments) in the back. It is loud - the food is good - and it is the kind of place the Bavarians love. No tourists.

A beer garden is in order - but be aware that no self-respecting Bavarian buys food at a beergarden. You bring a picnic and buy only the beer. Even if it is now possible to buy a coffee at a beergarden - it is embarassing. Don't do it. You can pick up the ingredients for your picnic at the Viktualienmarkt - an open air market right off of Marienplatz - the main city square. Yes - it is expensive, and there are more tourists wandering about than locals - but it also has foodstuffs from ANYWHERE in the world and is pretty. So splurge. (Go by the fruit stands over towards the eastern side. I have never failed to go by and NOT find a fruit that I have never seen in my life!)

The Viktualienmarkt is also home to one of my favorite beer gardens. Its right in the middle of it. It is not typical. It is small (most are huge), it is in the middle of the city and kind of urban (most are green and segregated, or on the edge of town) - but it is lively and frequented by locals as well as tourists. You will make friends. I like it. Alternatives are Wiener Platz (the beergarden has the name of the address) or the Flaucher - which probably has an address - but it wouldn't be all that useful - its on the western bank of the Isar River towards the south of the city. There aren't any roads - so you'll have to walk from the U-Bahn (underground) station Thalkirchen....google it.

Hiking around Munich is possible - but with the Alps so close, most people go there. Transportation can be a pain through those high mountains, but you can easily get to Garmisch-Partenkirchen with the train, and there is hiking all over the place. Try going to the Höllentalklamm and all the way Höllentalangerhütte. This is an impressive hike through an impossibly narrow canyon that has a path cut into the walls or supported on iron bars. (its cold - take a WARM jacket, even in summer) At the top - there is a great hut - newly renovated. The food used to be quite good - but I don't know what its like since they rebuilt the place after a fire a few years ago. If you are a fairly serious hiker, you can continue from here all the way to the top of the Zugspitze, Germany's highest mountain. (but this involves glacier travel - so be aware.)