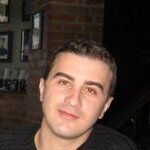 Is it a good idea to rent a car in Morocco?

We (me an my wife) are planning to have a 10 day trip around Morocco in October and we consider renting a car for the entire trip.

Do you think this is a good idea ?

How safe is this ?

How good/bad are the roads outside cities ?

How easy is to get around from one place to another in big cities (Casablanca, Marrakesh, Essaouira, Agadir) ?

answered by
Bro from Casablanca, Morocco

yes very easy there's lot of car rent agency and the highways are secure...also the cities like Agadir, Marrakech and Essaouria are very charming

answered by
Philippe from Pepingen

We travel to Morocco several times a year and we always rent a car.

No problem at all and every year the roads get better in the way that many "pistes" off road tracks are being asphalted. The highways are brand new and probably the best on the continent.

Only the driving style is rather a bit of a problem but you get quickly acquainted to it after a few days.

In some remote areas outside the cities I would recommend to drive while it is light... Many smaller roads do not have lights. But then again, I am from Belgium, the only country you can see from the moon at night because we have lights on every single kilometer of road here...

If you're visiting the south (everything under Marrakech) - please do check Sable D'or Car (http://www.sabledorcar.com) - we always rent via Fatima the owner (give her my regards). She's a very entrepreneurial local lady and the cars are top quality and not expensive. At the same time you'll be supporting a local businesses...

Bon voyage or "trig slama" as they say over there...

answered first by
Crystal from Anchorage

From personal experience I could highly recommend renting a car in Morocco! We rented for four days, beginning in Marrakech and ending in Fes. Getting out of Marrakech was a little stressful, but got much better as soon as we were out of the city. Getting to the Fes airport to drop off was not so bad as the airport is far enough out of the city. While we were in the cities of Marrakesh and Fes we did not have the car as it was easier and less stressful to take local buses or use the petite taxis to get around.

We did not find the roads to be too bad, and we even took some dirt roads, but they were fairly easy to navigate if we took it slow.

From Marrakesh we drove southeast towards Ouarzazate, but took a detour to visit an awesome kasbah in Telouetdown a dirt road toward Aït Benhaddou. We stayed in a hotel by the ksar of Ait Benhaddou. The next day we joined the highway again and drove through Ouarzazate, and several other small interesting towns, staying somewhere near Er-Rich the next night. After that we drove north through some amazing gorges with surprise oasises on route. The third night we stayed in Azrou which is very mountainous and even snowed when we were in the area. And then we brought it on in to Fes.

I can say it was pretty manageable and really made our trip to Morocco unique. Again, I do not think it is necessary to have a car while staying in the bigger cities. Parking would be such a hassle especially if you plan on staying in the maze of the medina, which is only accessible on foot.