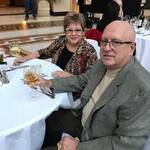 My husband has been to Montreal on business several times, but I have never been. He says the traffic is terrible. We are planning an overnight in the area.  We are seniors and will be traveling home to Ohio from Edmundston NB.  I don’t know about staying in Montreal or finding a hotel away from the city?  What are your suggestions..?

answered by
Marie-France from Toronto

I'm originally from Montreal and travel back there regularly. I don't think traffic is any worse than in any other North American city of a similar size, but the downtown area has a lot of one-way streets.

The good news is that you don't need to drive in Montreal. Public transit (and in particular the metro) goes everywhere tourists want to visit, including Old Montreal (metro Champ-de-Mars or Place d'Armes). You could find a hotel outside of downtown, near a metro station, and park your car, while you explore by public transit. Montreal is also a very walkable city.

He is right. Stay in a hotel at the airport and take a taxi to see Vieux-Montreal. Get the card from the taxi driver. If you want a slow drive go to The Thousand Islands National Park. l made my husband sit in the back watching a movie in The Grand Caravan Rental.

Susan
Thanks, Thousand Island is on our itenerary too. I’ll look for a hotel north of the city.