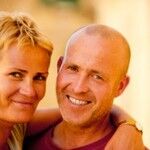 Things to do and must-try foods in Montreal

My wife and I just tacked Montreal onto our Canada trip.  We were hoping for some suggestions on things that we have to see and any local foods that we must try.  Thanks!

Royal Montreal Curling Club. I had so much fun hanging out on the ice and trying my hand at curling. They hold the record for oldest active athletic club in North America.  Walking around  Marché Atwater is also fun. Such a cool market. Walk around, meet some locals and try some of the amazing foods.   Jean-Talon Market is another fun one. Head to this bustling market for some fresh and local ingredients. There's a reason it's so popular.

Here are the foods that you have to try:

Go to La Banquise Resto. Best poutine in the city!