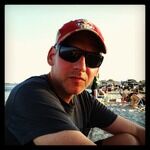 Looking for food and sight-seeing advice for a family with two boys aged 8 & 12.  Going to montreal for a long weekend.

answered by
M. from Brooklyn

Finally have a chance to update our trip.  We had a really great time.  We ended up going to  Olive et Gourmando for breakfast one day and to  Beautys Luncheonette for another breakfast.  Both great places!  We did the Poutine at  La Banquise Resto, really heavy, but happy we checked it out.  Another night we went to  m:brgr, great place with the kids, highly recommend.

For sights we went to: the  Biodôme de Montréal,  Olympic Stadium Tower Tour, Montreal Science Centre,  Mont Royal,  Basilique Notre-Dame, And  Old Montréal.  My younger son ended up being park of a street performers act there, so that was a plus.

All in all, we had a great trip, perfect long weekend.

Thanks for all the help!

There's currently a Truth or Lie exhibition going on at the Montreal Science Centre where you can discover hands on the truth about myths in the realm of aliens, magic, pseudoscience, etc through interactive activities. FUN! For food you should definitely stop-by Poutineville - home of the create-it-yourself Poutine (a must have in Québec!)

M.
Thank you all for the great suggestions! We're heading up this weekend, so I'll report back. Thanks again.

For food try La Banquise Resto for the best poutine... kids love poutine.  Good family restaurant wherever you are in the city St-Hubert or Scores.  Make sure to visit Biodôme de Montréal, an indoor zoo located next to the Olympic Stadium and Insectarium both must-sees.  Check out Vieux-Montreal (old Montreal) for great food and old european feel.  Lastly, if you're there around Halloween La Ronde Amusement Park is opened on weekends until then and I hear there are tons of little monsters walking around :-)

Tamy Emma
Botanical Gardens. There you will also find the Biodome (for animals) and Insectarium (for insects). In Old Montreal, I would suggest The Centre of Science. They always have fun exhibitions going on and IMAX. For food with kids downtown, I would recommend Mbrgr on Drummond. La Banquise is definitely the spot if you want to grab some fast food or poutine. If you like coffee, you must stop at Cafe Olimpico, a classic in a local neighborhood: The Mile End (Montreal's Brooklyn). You can also take the kids to Schwartz on St-Laurent for Montreal's famous smoked meat. If it's a nice day, I would suggest walking to the top of Mount-Royal. About 30 minutes, easy walk from Parc Avenue. Hope this helps!

answered by
Dana from Burlington (Vermont)

You can't go wrong with breakfast or brunch at  Le Cartet Resto Boutique in Old Montreal. Get your Croissants and Hot chocolate fix from Premiere Moison. We like the one by the Jean Talon Market.  For smoked meats  Reuben's Restaurant Delicatessen is a "must do". Lunch at the  Deville Dinerbar is awesome.  They have great milkshakes!

The  Espace pour la vie is made up of the Biodôme de Montréal,  Insectarium,  Jardin Botanique, and  Planétarium Rio Tinto Alcan.  They are all fun for kids. I would also recommend the  Montreal Science Centre. It has an IMAX theater which is cool. Be sure to explore the underground city as well.  You will find things like the  Atrium Le 1000 De La Gauchetière which is an indoor skating rink that is open all year round and has rentals.

answered by
Perry from Berlin

Activities are available in Montreal year-round and depending upon the season. During the summers, there are often festivals, and events held at the Quartier des Spectacles ( Place des arts metro)

There's a bus that goes over the Mont Royal mountain to the lookout over the city. Mount Royal is the highest point in the city (232m/761 ft). There is a multi-use path which winds up to the top where this is a scenic lookout over the entire city. There are also smaller, steeper hiking trails. The mountain is surrounded by a large park with hiking trails, tennis courts, volleyball, skiiing (during the winter), picnicking, and more. Of which, over the other side is Beaver Lake.

You can walk along Rue St Laurent, the street that divides East from West.

Bell Centre is where many concerts and the Montreal Canadians hockey team play.

McGill University is a sight to see, especially since it's one of North America's oldest, and even older than Harvard. The city is also the seat of the Univ. of Montreal, the Univ. of Quebec at Montreal, and Concordia Univ.

Montreal is the second-largest city in Canada and the fifteenth largest in North America.

Montreal is also the second largest French-speaking city in the world after Paris. Activities are available in Montreal year-round and depending upon the season.

Located in the downtown area is the Place Ville Marie, an innovative commercial complex built in 1962; around it stretches the Underground City, which provides protected access, both above and below street level, to shopping, restaurants, offices, and other commercial enterprises and to transportation links.

Montreal has a Montreal Museum Of Fine Art, a Musée d'art contemporain de Montréal, an environmental museum and insectarium and large botanical gardens. An amusement center and casino occupy the site of Expo '67.