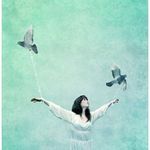 Is it possible to stay at Mongolian yurt surrounded by mountains?

What is the best way to plan my holidays which I could spent by living with local people in Mongolian yurt? Could you help me to find out how to arrange this type of experience? I'm student, so there should be very economic-oriented solution.

answered by
Tuguldur from London

Most hostel or hotels in UB has some form of affiliation with tour companies offering various expedition outside the city.

Also not far from the city is the Gachuurt, which has beautiful architecture and landscape.

Little bit further out from the city (4-5 hour) is Erdene Zuu Monastery, one the oldest Tibetan buddhist template in Mongolia and it is located at the site of Karakoram which was the capital city of Mongolia in the 13 century.

Usually there are many Yurt camp establishments where there is attractions.

I organized from Ulaanbaatar as I was living there for a few months.  I was able to negotiate good prices for trips into the countryside. People in Mongolia are the most hospitable so just my traveling you will be invited into their homes (yurts) to stay and have a meal. Depending on how much time you have maybe you can also look into hooking up with some small NGOs on your travels. If you plan on staying around Ulaanbaatar, I'd highly recommend a visit to the Manjusri Monastery. It's not far from Ulaanbaatar, amazing hiking, and there is a hostel there to stay overnight.

Telmuun
DO NOT STAY ANY WHERE AROUNF GANDAN! WORST IDEA EVER! I am Mongolian my self who worked at tourist companies for many years. Now I live in Canada. But Gandan is a designated place to rob foreigners - unfortunately. Look up UB Rooms and Apartments on facebook - you will find cheap deals there. Stay in a yurt? Mongolia is nothing but yurts. Make sure to go with a well known tour operator or ask the Canadian consulate service place for advise.... Mongolia IS NOT IN ANYWAY safe anymore. it used to be... but to many horror stories past 2 years

Luba
Thanks for the replay Telmuun. I was at Gandan on a day trip in 2011 but was staying in the center of Ulaanbaatar. Good to note though as I have heard that there has been some xenophobic violence as of late there.

The most cost effective way to see Mongolia is by Couchsurfing.org  I would suggest looking for Peace Corps volunteers. They have been in the country and on the ground for at least 1 or 2 years and know the area well. They'll help you get from Ulaanbaatar to wherever they are living.

you'll find lots of Adventure tours based out of the capitol that will go out on a moment's notice. But they can be pricey.

I stayed one night in a Yurt near Lake Hovsgol in an off-season. but I think this might be pricey during the season.