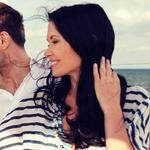 What are your favorite restaurants in Minneapolis?

I'll be spending a few days in Minneapolis and I'm looking for at least one splurge restaurant for a dinner, but other than that, I'm open to anything else, especially places that are unique to the Twin Cities area!

top answer by
Kayla from Minneapolis

A few of my favorites:

It's painful to stop the list there because there are several more great spots I love but these places top the list because of the great overall experiences I've had at each of them.

Liv
Thanks for all of these suggestions, Kayla!

answered by
Gina from Minneapolis

Some solid options already listed here, but I'll toss in my two cents.

* La Belle Vie is, like, the king of kings 'round here.

* Heyday is super buzzy now, for good reason. Atmosphere is charming and relaxed (which is such a Minneapolis thing), and the food is outstanding. If you go, do not under any circumstances skip the mussels with frozen yogurt. I can't tell you how many times I've paused and wistfully thought about that dish since having it.

* Libertine is the newest project from La Belle Vie's Tim McKee. You can always expect excellence from him. Simple as that.

* Corner Table is also doing great things right now. Just take a look at their Instagram feed if you want to see what's up (and get really hungry).

If you're not coming for a while, keep an ear to the ground about the impending open of Gavin Kaysen's restaurant, Merchant. No question, when it opens, it will be the hottest place in town. **EDIT** Kaysen just announced that he's changing the name to Spoon and Stable. Should be open in December.

*The Rabbit Hole, located inside Midtown Global Market, does Korean-influenced food of stellar quality. Their cocktails are also really good (the bloody rabbit is a fave).

*Quang Restaurant has its proponents and detractors, because Minneapolis exists in a perpetual state of Hatfields-vs.McCoys conflict about which pho shop is the best. I would send you here for pho and bun bo Hue, but elsewhere for banh mi (Lu's Sandwiches or Jasmine Deli). Really, you can get respectable pho just about anywhere that isn't a chain or run by people with no Vietnamese heritage.

*Matt's Bar is something I just need to put in here in case you want to try the real Minneapolis Jucy Lucy. Do not listen to people who tell you to go elsewhere; they are wrong. I'm sorry to be blunt but that's how it is. Best ordered with fried onions, basket of fries and a Preemo (Grain Belt Premium).

*Hola Arepa will give you a sampling of how good our food trucks are—even though it's not a food truck. It started out as one, and has become a great little brick-and-mortar spot. Really solid cocktail program here, too.

*Modern Times is one of the best brunches in town (and really, their lunch is just as good). Its style is ultra-reflective of the neighborhood in which it sits, Powderhorn, which is some sort of hippie-punk love child.

*Marla's Caribbean Cuisine I have to include because I've been craving it for about a month straight. Get some doubles and some chana-potato roti and you'll be in heaven. Be aware, they do not pull punches with spiciness/heat here. I can handle just about anything Sichuan cuisine can throw at me, but Marla's is next-level. You can get it mild, if needed.

Liv
Wow! Thank you so much for these ideas, Gina! I can't wait to visit your city!

answered by
Elizabeth from Minneapolis

I'm sure plenty of people will suggest The Bachelor Farmer for your splurge and I would concur.  If you want other Minneapolis places I would also suggest Kramarchuk's in Nordeast for Eastern European, Birchwood Cafe in Longfellow for Farm-to-Table, and Psycho Suzi's for a fun scene with plenty of Minnesoooota charm. 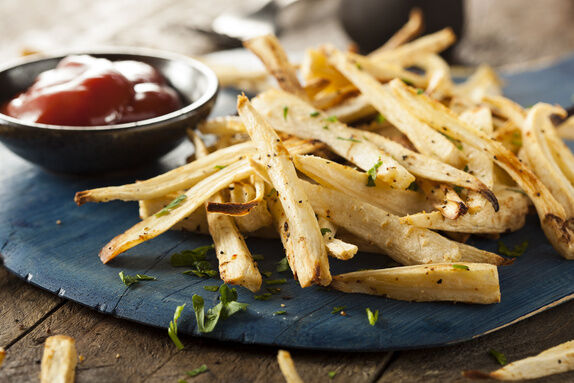 Liv
Thanks for these ideas, Elizabeth!

answered by
Tony from Minneapolis 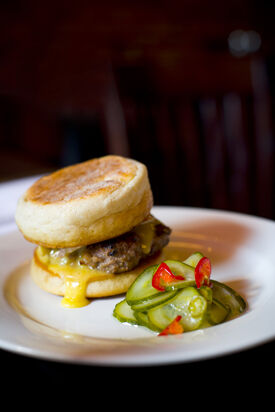 Everything on the menu it fantastic.  The burger is my favorite!

answered by
Drew from Minneapolis

A good splurge place would be Travail Kitchen. Make sure you have the evening open because last I knew they didn't take reservations and it was first come first served but is worth the wait.

answered by
Mitch from Kuwait City