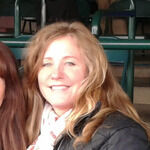 Places to eat out on a budget

Can anyone recommend places to eat out in Minneapolis on a tight budget?

top answer by
Zac from Dubrovnik

If you really really want a great experience and a great meal for a real budget, head over to Fasika Ethiopian Restaurant in St. Paul - A platter of assorted lentils, meats and veggies that stuffs two hungry people is only about 12 bucks.

Any of the Hmong restaurants along University also offer great deals - and tons of food.

My favorite is Trieu Chau.  My Huong Kitchen also has really cheap but highly crafted sandwiches.

If you want to combine a cheap asian dinner AND a cheap drink, eat at My Huong Kitchen and walk up the street to Icehouse for a $5 sipping shot - they are big enough and strong enough to have one, but cheap enough to make you want to try a few more. :)

answered by
Gina from Minneapolis

We have lots of restaurants that are both budget-friendly and really good! The trick is narrowing it down.

I'll start you out with three areas where there are numerous restaurants to choose from (although I have to list a restaurant first to get the right geopositioning):

1. Places like Quang Restaurant (I like their bun bo hue and pho tai) are all along a stretch of Nicollet Ave. that's been nicknamed "Eat Street." You'll find Vietnamese, Taiwanese, Malaysian, Mexican and more, and you'll get a lot of bang for your buck. Some of my favorites are Lu's Sandwiches, Peninsula Malaysian Cuisine (Hainan chicken rice, hello!), Jasmine Deli (get the bun, rather than the pho here). Pho 79 and Pho Tau Bay also have rabid followings. Other options include Evergreen Chinese Restaurant, Krungthep Thai Cuisine and Harry Singh's Carribean Restaurant.

2. Midtown Global Market is situated on East Lake Street and I would encourage you to go there, wholeheartedly. MGM is a marketplace with a bunch of independent food stalls, many of which serve up great food for low prices. Salty Tart is one of the best bakeries in the country (seriously, chef Michelle Gayer has been nominated for James Beard Awards). My other faves are Taqueria Los Ocampo (FYI there's a freestanding location just up the street from MGM), Hot Indian Foods, Cafeteria La Loma, Sonora Grill and Safari Express. Also within MGM is The Rabbit Hole, one of my favorite restaurants in town, bar none. It's sit down and maybe a touch pricier, but still affordable, particularly for such extraordinary food. Further east on Lake Street is Mercado Central which has a bunch of Central American counter service restaurants, too, and Pupuseria El Centro and if you keep heading east toward the river, you'll find Gandhi Mahal which is just a teeny bit off Lake, on 27th. It was recently ranked as one of the best Indian restaurants in the country.

3. Cheng Heng Restaurant is one place to start along University Avenue in St. Paul. The street is practically lined with good-value dining options, and there are even more if you go north a bit at the intersection of University and Snelling. Along University, there's Little Szechuan Inc, On's Kitchen Thai Cuisine, Mai Village, Al Hues Bakery & Deli and on and on. Around the Uni/Snelling intersection, Fasika Ethiopian Restaurant is, for my money, the best Ethiopian in town (closest I've found to flavors actually in Ethiopia), and I also like Sole Cafe and Black Sea Restaurant (get the Iskender kebab and/or köfte).

Other cheapie faves around town:

Marla's Caribbean Cuisine - Be warned, when they say spicy, they mean it, but the food is so, so good. The channa roti gives me life.

The Anchor Fish & Chips has, indeed, great fish and chips. Both those and their burgers are great values. The burgers are among the best I've ever had and they're made with grass-fed 1,000 Hills beef.

Kramarchuk's (this is spelled wrong!—it's actually Kramarczuk's) is an Eastern European deli and market where you can get a ton of food for not too much money. My faves are the holubets, Ukrainian meatballs, piroshky, varenyky and the cucumber-tomato salad.

Modern Times might look a little grungy, but the food is absolutely outstanding. One of the best brunches in town, but up against one of my other favorites ...

Fika, which is inside the American Swedish Institute. Small plates, so better for a lighter brunch/lunch, but this is seriously accomplished cooking at amazing prices. I'd be willing to bet food of this quality would cost 2-3x more in Chicago or New York.

Brasa Premium Rotisserie and Punch Neapolitan Pizza are two more good bets. Brasa has locations in NE Minneapolis and on Grand Ave. in St. Paul, while Punch has locations throughout the TC.

If you're visiting during the months when our food trucks are out, definitely try to go to a few. Check the Twitter account "TC Street Food" to find out where they are on a particular day.  A few food trucks have converted to brick-and-mortar locations, and they're all great value, too. My picks are World Street Kitchen, Hola Arepa and Foxy Falafel (and Hot Indian Foods in Midtown Global Market also started as a truck).

That ought to be enough to keep you fed! :) Enjoy the Twin Cities!

Minneapolis is perhaps the greatest food city that no one talks about, so your choices will be endless.

Downtown Minneapolis can be hard to find decent food for cheap, but if you can do a happy hour there are some great finds. The bar in Vincent has an out of this world burger under $15 and great happy hour specials. Similar you can find some great specials at Sea Change, including a great wine by the glass menu and incredibly fresh seafood flown in daily.

If you can make it out of downtown to the northeast section the new "brew district" can be a great way to experience the craft brew culture of Minneapolis. Stop at Anchor Fish & Chips for their namesake and get it to go before heading across the street to Dangerous Man Brewing Co for some of the best beer in the Midwest. Actually if you look up any of the breweries they will often have food truck parked outside. 612Brew, Indeed Brewing Company and Taproom, and Bauhaus Brew Labs are all in the same area and all have stellar tap rooms.

Or perhaps you have transportation or can navigate public transit? Brasa Premium Rotisserie is a fantastic was to try Chef Eric Roberts food, without paying his Restaurant Alma prices. If you have some time to kill and want a stellar meal Tilia serves upscale and creative comfort food at reasonable prices, but does not take reservations and on a weekend night it can be quite a wait.

Punch Pizza has locations all over city and serves great authentic Neapolitan pies. Black Sheep pizza is also a source for a reasonably priced meal, great pizza, fantastic local beer list (that's all on happy hour Mon-Thu, 3-6), and a market salad that will showcase the best of whatever is in season.

answered by
Dylan from Minneapolis

answered by
Missy from Minneapolis

Debbie
Great answer, Missy! These places sound amazing. I'm so there for lobster mac n cheese! By the way, I'm a community manager here and I've helped you highlight the places in your answer on a map! In the future, you can do this yourself as you answer a question by simply typing the @-symbol followed by the name of the place. Take a look at your map next to your answer :)