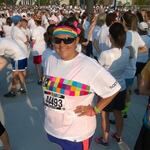 Family of 10 @ Christmastime in Minneapolis

I have 8 kids plus my hubby and we want to give the kids an experience for Christmas 2014 vs more stuff they will never remember. They range from 6-19 and love swimming. We NEED to do this as cheap as humanly possible. We want to be away from home for about 5 days over the holiday.

top answer by
Gina from Minneapolis

Hi Amy! I think you'll be happy with a Christmastime visit to Minneapolis. These are words that peeve me greatly today, in August, but hopefully we'll have snow by that time to make the city extra lovely.

If your kids love to swim, I think it'd be logical to stay at a place with a pool, or if you want to go big, Radisson Hotel Bloomington By Mall of America has a full-on waterpark, plus an arcade. I can't speak to how the rates would fit into your budget, but maybe take a look. I'd hazard a guess that accommodation out by the Mall of America might be cheaper than elsewhere in the city. Luckily, the light rail runs right to the MOA, so you can get easy transport to downtown Minneapolis (and now St. Paul, with the opening of the Green Line). Rides range from $1.75 to $2.25. However, with 8 kids in tow, it might make more economic sense to rent a car—but then you'll have to deal with parking. Your choice, I suppose, but both are options.

Lucky you, you'll be coming during the inaugural run of the new Holiday Market, which will be centered around Peavey Plaza. I'm pretty excited about it, from what I've heard—it's supposed to include food and shopping, modeled on European Christmas markets.

Also downtown is the The Depot Renaissance Minneapolis Hotel, which has a great indoor ice skating rink, built in a beautifully renovated train depot.

Other skating options are abundant, too, at Minneapolis' many parks. Most have free loaner skates at their warming houses, but they are first-come, first-served. There's also generally a rink set up outside Landmark Center in downtown St. Paul.

Landmark always has some sort of event going on, including their Holiday Bazaar and all sorts of concerts. The building is gorgeous in its own right and sits on Rice Park, which is always done up in twinkly lights during the season. Nearby is the Science Museum of Minnesota, which is highly kid-friendly. A little further away (but walkable, if it's not brutally cold) is the Minnesota Children's Museum.

Also in St. Paul, but outside of downtown is the Como Park Zoo & Conservatory. The conservatory is a great place to get in out of the cold and seriously warm up (parts of it are kept at tropical temperatures!) and the zoo is a nice size—shouldn't be too exhausting for the kiddos. Admission is free, but there are suggested donations of $2 - $3 per kid/adult (and I'd highly suggest them myself, because this place is a treasure).

One of my favorite places to go for a little festive atmosphere is the American Swedish Institute. They decorate this elaborate mansion beautifully, and they hold a number of events during the season. I spend an evening roasting marshmallows around an outdoor fire there last year and it was absolute magic. Very kid-friendly as well.

The Minneapolis Institute Of Arts decks out a number of its period rooms in holiday dress, and they have a number of family days. Admission there is also free (except for special exhibitions).

I would advise you to keep an eye on local events schedules as the time gets closer (maybe on the Explore Minnesota tourism website and those of specific sights/locations). Many don't have their holiday schedules up just yet, but generally offer festive events—I know last year The Museum of Russian Art did some fun-looking story time events.

Hope this helps and I hope you have a great visit!

Kathleen
I would suggest Rice Park in St. Paul. U can walk around and the entire park is lit up with beautiful Christmas lights and there's a place can rent skates and ice skate out doors. There's also a warming house with hot chocolate too... It's a fun time for every age.

If you live outside of the city, visit Macy's for their Xmas display, also check out the Science Museum of Minnesota and Minnesota Children's Museum for an all-day experience.  I was fortunate last year and took some friends to the W Minneapolis - The Foshay and we viewed the city in what was shirt sleeve weather at night. That same weekend was excellent at the Como Park Zoo & Conservatory where we walked around and got a great experience without bundling up. Also, Rice Park in St Paul has great lights. Almost any motel with a pool will give them good memories and great fun. It's up to you to make the experience fun even if it's not expensive.

Here's a thought...stay at the Radisson Hotel Bloomington By Mall of America, which offers packages that include the Water Park of America.  That way they can get in a lot of swimming while it's way too cold outside.  From the Mall of America, you can jump on the light rail train, take that into downtown Minneapolis, so you don't need a car parking.  Take an afternoon and catch Santa's workshop at Macy's.  Nicollet Mall is always nicely decorated, and there are plenty of skyways all over where you can keep warm while you wander around.  If you time the trip right, you can catch a Holidazzle parade in the evening.

Gina
2013 was the last year for the Holidazzle parade.