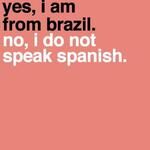 Hi, I know Miami and I'll want to take my parents with me in the next travel. I stayed at Grand Beach Hotel (perfect, but it's too expensive nowadays). I'm looking for a great hotel that when you pay the bill you don't think it's too much for that stay.

Besty Cheap Downtown: Hyatt Regency Miami, Rates start $94, 400 SE Second Ave :Located at the edge of the Miami River, the hotel stands at the intersection of the Brickell Avenue Financial District and the commercial heart of Downtown Miami.  The free MetroMover railway system connects the hotel to business, nightlife and the performing Wynwood Arts District in minutes.

Hotel Urbano, 250 Brickell Ave, Rates starts $89,guests can relax on private balconies or reserve lanai rooms opening directly onto the tropical pool deck. Dine at Bistro Urbano or explore the restaurants and bars at nearby The Shops At Mary Brickell Village. Steps away from public transportation.  It is near Vizcaya Museum and Gardens, Bill Baggs Cape Florida State Park and The Barnacle Historic State Park, the Miami Museum of Science and Space Transit Planetarium and the Miami Art Museumand HistoryMiami downtown

answered by
Jeremy from Los Angeles

My first piece of advice would be to stay after June 1st, if that's possible for you. Prices in Miami are about 40% higher between now and June 1st than they are from June 1st to mid September. That will allow you to save money without sacrificing on the quality of the hotel.  Boulan Miami Beach Hotel offers a lot of space and amenities for the price (example, 1100 sqft terrace suite for $280 per night). You may also want to try  Metropole Hotel where one bedroom suites start around $135 and two bedroom suites start around $230. I hope that helps. (Fyi and self-promote, I gathered the pricing info at TheSuitest.com where I work.) Enjoy Miami!

You can stay at

European Guesthouse/GNEXX a 6 or 7 blocks to the best point of Miami Beach. The owner is a german, very kindly person. The breakfast is self service but a very good breakfast, with variety. If you need to receive any package, they do it for you. The room are bathroom inside, although they are very simple, they are confortable. Also there is TV in the rooms. here is the link http://www.booking.com/hotel/us/european-guesthouse.pt-br.html?sid=7f3ea15cdb696ce7af4f49a810b7161b;dcid=2