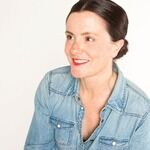 What are the musts of Memphis, y'all?

Hey Trippy peeps!  Going on a long road trip in a few weeks and will be passing through Memphis.  I know about the Peabody, Graceland, Rendezvous, Beale St, but would love to know what is absolutely a must see and what might I not read about in a book or Memphis travel write-up?  Only going for two days.  Thank you!

answered by
Marie from Lethbridge

Don't miss the National Civil Rights Museum at the Lorraine Hotel. It is hands down the most educational and most emotional museum I have ever seen. We spent over 4 hours and probably still could have read and watched more. Also, the Bass Pro Shops is awesome! Even if you don't hunt or fish, it's amazing to go up the highest free standing elevator in North America to the observation deck, bowl a few games, have a drink in the lounge and eat a great meal at Uncle Bucks at the Big Cypress Lodge

answered by
Pete from Indianapolis

For barbecue, you need to go to Central BBQ and Payne's Bar-B-Q but only go to Paynes if you are a man of the people.

Regan
Payne's it is. Thanks!

The first respondent  covered almost everything.   I would add the following:  Memphis Zoo, Pink Palace Museum and Planetarium, Mud Island River Park (this is a favorite of mine;  you can walk along a miniature of the Mississippi river which has all the major towns and tributaries and the water rises and falls according to the current state of the river).  http://www.mudisland.com/c-14-riverwalk.aspx .

Try Coletta's Italian RestaurantColetta's Restaurant  or Frank Grisanti's Restaurant  for lush Italian food.  An old favorite of mine is Paulette's near the Mud Island Riverpark; I read some reviews which made it sound as if it has gone down since the move, but I would ask around and see what the locals have to say.  Even if you just go there for popovers and coffee   it is worth it for the hot popovers.

answered first by
Kaydee from Brooklyn

Hi Regan - I'm in Memphis a lot visiting family. Here are some recommendations I'd add to your list. For a good diner breakfast, hit up The Arcade Restaurant. Or The Majestic Grille for something a little nicer. On barbeque, I'm partial to Central BBQ (multiple locations) for ribs and pulled pork, Payne's Bar-B-Q for pulled pork and Cozy Corner Restaurant for ribs. (Rendezvous is more touristy.) People like Huey's Downtown for burgers (multiple locations) If you're on Beale Street, pop into the old general store A. Schwab (check out the old memorabilia upstairs.) Depending on what you're interested in there is Stax Museum, Center For Southern Folklore, National Civil Rights Museum, Sun Studio and Memphis Rock n Soul Museum. For dinner, I'd recommend making a reservation at one of these: Iris, Alchemy Memphis (cool neighborhood, Cooper Young), Flight Restaurant and Wine Bar. After dinner I like Mollie Fontaine Lounge. You can also see live music lots of places. Hi-Tone or Young Avenue Deli are good places to catch bands. Oh and make sure to see the Mississippi River Park! You can walk by the water, or go somewhere for the sunset over it. Have a great weekend in Memphis!

Regan
Awesome! Thanks so much.

answered by
Kimble from Memphis, Tennessee

Lauderdale Courts downtown kept the Presely familiy's apt the same when it was adapted into private condos and it's open for tours.

Al Green sometimes preaches at the Full Gospel Tabernacle and I'm sure the gospel songs are incredible regardless.

The National Ornamental Metal Museum is gorgeous on top of the bluff overlooking the MS and has a store with great jewelry etc.  They often host hands-on events and music.

There's an indoor trailer park (think airstream and pink flamingos) somewhere in downtown memphis that I haven't made it to, but looks cool. Tad Pierson owns it and runs American Dream Safari, off the beaten path tours.

Hollywood Disco is like another world. Broad Ave in midtown has the Five in One Social Club and the Rec Room, along w shops and eats.

There's also the Blues City Thrift Store and Amurica Photo in the up and coming Crosstown area. So much I can't list it all here but recommend the Ilovememphisblog.com site which has a backlog of great Rec's. There's lots to do, hope you have a blast!