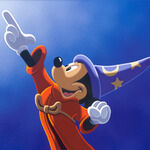 Good Food and Fun With Kids

Beale St. seems like a place mainly for adults, but can anyone recommend later afternoon/early evening fun for couples with a couple young kids?  A family restaurant with music would be awesome.

top answer by
Kristy from Memphis

Late afternoon/early evening on Beale Street would be fine for couples with young kids. I would recommend Blues City Cafe or B.B. King's Blues Club. Flying Fish - Memphis downtown is one of my kids favorites and it's not far off of Beale.

I'm not terribly up on family places in Memphis, but if you do find yourself on Beale Street, your kids might get a kick out of  A. Schwab Dry Goods Store. It's an old department store that's basically now a novelty store with everything from candy to weird souvenirs and it's a lot of fun. I was there about three years ago and I think they've put in a place to have lunch since then.

I don't know if this counts as food, exactly, but you all might get a kick out of  The Peanut Shoppe which is this old store from the 1940s that sells Planter's Peanuts and looks like it hasn't changed a bit since they opened. It's a total riot and the smell in there is amazing. Not in the most interesting part of town so if you do go, you might want to hit it in the morning.

Finally, I would consider having a meal at the  Peabody Hotel for one reason: the Peabody has a tradition of parading these little ducks through the lobby every day around noon and again in the early evening and it's literally the cutest thing I've ever seen in my life. They have a fairly elaborate ceremony for them, actually. I stayed at the Peabody for about a week when I was there and must have seen them do this at least five times. Whatever you do, don't miss this!

answered by
Heather from Memphis

answered by
Dan from Memphis

I think Courtney has a good idea about planning dinner around the ﻿Peabody Hotel﻿ ducks. Find out the time, and then hit Kooky Canuck across the street from (west of) the Peabody for dinner whenever that fits best. No music, but a fascinating large number of mounted beasts on the walls, and good burgers and other kid-friendly fare. It's a popular stop for school trips on visits downtown.