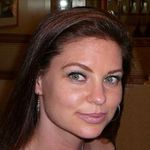 Arriving in Marseille and driving to La Spezia

Hi, I'm driving to La Spezia and don't know if I should take the train or boat to see Cinque Terre and what else I should do. I have 3 days before heading back to Marseille to then go to Nimes.

If you can share places to visit and eat at I would really appreciate it! Thank you!

answered first by
Mary from Leicester
I'd take the train rather than the boat because there are lots of trains between La Spezia and the CT villages (roughly every 20 minutes in the daytime, hourly after 2000, last train around 2300) and you won't be tied to specific boat departure times.
Train times, detail and fares in English on the official Italian railway website in English: https://www.trenitalia.com/en.html
Also, it's a bit of a trek from mooring points up to/into the villages (especially Corniglia!). Accessing the train stations is easier (in Corniglia a bus meets the train and takes you up the steep hill).
It's entirely possible to see all 5 CT villages (Riomaggiore, Vernazza, Manarola, Corniglia and Monterosso al Mare) in one day using the train. and have a decent amount of time in each one. I don't think that's the case with the boats.
If you're really desperate to take the boat I suggest you check out the timetables and take it on your return to La Spezia.
There are lots of other places you could visit during your stay but if they're served by train I'd always suggest you take the train rather than driving. As well as cost and difficulty of parking most Italian cities, towns and even some villages have ZTLS: 'Zona Traffico Limitata', areas which have restricted vehicle entry (generally by permit). These are very often monitored by CCTV cameras and fines are automatic. If you have a hire car the fine will be taken from the card you used to pay for it, sometimes months later and with added admin fees. Train is so much less stressy...and very often faster too.
1. La Spezia itself is well worth exploring. It's a vibrant city with some excellent museums (the Civic Museum in the castle of San Giorgio is particularly interesting) and a fascinating waterfront/marina.
2. Take the train to Pisa (slowest trains take 1h 15m or so). Get off at Pisa San Rossore station, walk to and through the inevitably-crowded Piazza del Duomo around the Tower (visit if you haven't been before...I found the Baptistery and the Camposanto much more interesting than the Tower). Then continue walking onwards into the town to see the Pisa almost all visitors ignore: two more 'leaning towers', several truly ancient churches, Roman baths, an art museum and lots of non-touristy places to eat, drink and get gelato!
3. Take the train to Rapallo (direct [no change] trains take around an hour). You could then get bus 706, 707 or 798 to Santa Margherita Ligure. Bus timetables ('Orario') on this link:

https://www.amt.genova.it/amt/trasporto-multimodale/linee-bus-provinciali/tigullio-occidentale/rapallo/
4. Take the train (from just over an hour) to Genoa, a vibrant, noisy city full of interest. Three streets (Via Garibaldi, Via Cairoli, Via Balbi) make up the 'Strade Nuove': a UNESCO World Heritage Site. One set of the city's Medieval gates and much of the walls still stand, San Lorenzo cathedral dates from the 1100s and there are other ancient churches to visit....just walk the narrow lanes and alleyways of the Centro Storico (historical centre).
5. If you fancy a day at the beach, take the train to Sestri Levante or Viareggio.
Enjoy your planning! :-)

Chantal
Hi Mary, thank you so much for all the details! I take it you've been there more than once. Can you suggest any restaurants that stood out? I know they must all be good.

Mary
You're right that restaurants in Italy always provide good food, though it's always best to avoid those obviously aimed at tourists (more expensive and often poorer quality). I can't recommend any specific CT restaurant, I'm afraid: I only ate snacks on my visits. :-)