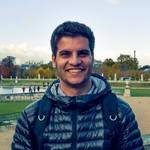 Easter for a seasoned visitor

top answer by
Douglas from Melbourne

I would say spend as much time checking out the Lower East Side  and definitely Williamsburg, Fort Greene and even Bushwick depending on how interesting you want your experience.

Here are some highlights from around town.

Brooklyn Museum<http://www.brooklynmuseum.org/> – The museum has been recently renovated which makes it a treasure to visit plus it has its own subway stop, so easy to get to.

Milk Bar <http://newyork.seriouseats.com/2009/08/vanderbilt-milk-bar-brooklyn-prospect-heights.html> for decent coffee and breakfast before you go – it’s not too far from the Brooklyn Museum.

MOMA <http://www.moma.org/> –We broke up our visit with lunch at the too cool food hall on the second level, there’s a great selection of local wine, food & beer (there’s another on the 4th level which was underwhelming – avoid that). Like the Brooklyn Museum, it’s closed on Tuesdays.

SPiN New York <http://spinyc.com/> is the first dedicated table tennis nightclub in Manhattan. It’s fully licensed and has a restaurant as well.  Featured in the final episode of Entourage.

Ippudo NY<http://www.ippudo.com/ny/> for ramen noodles in the East Village, though best to come before 7pm or after 10pm than endure an hour wait. The vibe is Zen.

Amy Ruth's Restaurant <http://www.amyruthsharlem.com/> for fried chicken, waffles and corn cakes in Harlem. You can combine this with a visit to the Apollo Theater as well.

The most authentic slice I had in Brooklyn was at Roma Pizza<http://nymag.com/listings/restaurant/roma-pizza-and-restaurant/>. The fresh mozzarella pie is by far the highlight.

Best coffee I found was run by an aussie bloke, near 38th and 6th. Counter Culture Coffee <http://www.counterculturecoffee.com/>. They also do cold brew (yeooow).

Joe the Art of Coffee<http://www.joetheartofcoffee.com/index.htm> for coffee near Washington Square Park was excellent though I found there was usually no seating whatsoever due to the wifi connection being used up by laptop zombies. Morandi <http://www.morandiny.com/>, in the same neighbourhood had a killer wine list and good, honest Italian food. Best to book ahead.

Courtney
What a phenomenal answer!!!

Diego
OMG! as Courtney stated, what a marvelous answer! luv it, now time to redo the schedulo to put those points on the map. Thank you so much for those tips.

Try and get to Brooklyn! There is a lot of really good food and cocktail spots. There is also the Brooklyn Flea Market on Saturdays. All of which are just a couple of subway stops from where your are staying.

There are a number of great shops and eateries all over Williamsburg, give it a shot!

Diego
Thanks, I'll check that out, I've never been so into Brooklyn/Queens and by the tips in here I see there's much more than I've realized.

Not entirely sure what you're looking for--maybe if you list a few things you like to do ordinarily (museums, music, etc.) I can be more help. That said, here are a few things to get you started:

You might like  Harlem It's had a lot of re-growth in the past few years and is a very exciting place. Check out  Ginny's Supper Club for great music and  Sylvia's for incredible soul food.

One of the best and often totally overlooked museums in NYC is the  Rubin Museum of Art which features mostly Asian art. It's one of my favorite places in the city and I love their cafe.

I haven't been to the  American Folk Art Museum yet (I don't know how I haven't been) but everyone I know says it's amazing.

Have a great time!!!

Diego
Hey Courtney, thank you so much for your tips, did all the museums mentioned on it. Luv the tips about Ginny's and Silvia's and gonna pay a visit for both. Thanks again for your time!

answered by
Gary from San Diego

If you haven't been to the High Line Park, it's definitely worth a visit. Walk from Chelsea (New York) along the High Line down to the Meatpacking District and end up for cocktails at the The Standard New York, or lunch/dinner/brunch at Pastis, or walk up to the Chelsea Market to explore with other foodies.

Hopefully the weather will be great and you can enjoy the great views of the city and Hudson. Cheers!

Go to New York Transit Museum in Brooklyn  it is a fascinating display and story of how the subway was built back in late 1800's  thru  modern times.

There are a number of Free Walking tours to take advantage of. If you like food, there are walking food tours of different parts of city. You can find these by googling them.

Diego
Hey Barbara, I saw a Discovery show about it and other trip tool advised me to go to, so it's on our todo list day 3. Thanks again for your time!

If you're mostly in midtown west, I'd strongly suggest Hell's Kitchen as a place for great, off-the-beaten path eats.

Here're some great restaurants in that neighborhood:

Try Angel's Share and  Booker and Dax at Ssäm in the East Village for good cocktails, and The Standard - East Village is good for a drink and a view.

Baohaus may look dirty but it has amazing reviews and the best Chinese sandwiches around.

Warby Parker has a showroom in their office.

This beautiful, reasonable and fresh Chinese restaurant is unique and remarkable. It's as authentic as you get . . . no salt, no MSG. Everything is marvelous but if you like Peking Duck, this ranks among the best in the U.S.

The Cloisters in Upper Manhattan are beautiful.  You can then have a Gospel Brunch in Harlem.

Diego
Tina, luv the Cloisters tip, I'm finicky about food :/ so I'll stick to Courtney tip for soul food. Thanks again for your time!

hi there, venture out to East Village! great area or perhaps even Williamsburg/ Bushwick if you want to get out of the touristy places. do Lafayette, ACME, Cafe Mogador or Cafe Orlin for food. all delish and reasonable. get a citibike and ride around town. see some art exhibits in chelsea! plenty of artworks to visit. get some " Big Gay Ice Cream Shop", Crif Dogs or eat at Caracas Arepa Bar. hop into The Immigrant for drinks or Experimental Cocktail Club. Apothéke is a cool place to visit for dancing in chinatown.

answered by
Jordan from New Jersey

If you're a fan of poetry/spoken word, check out Nuyorican Poets Cafe. One of my favorite places in the city!

You should definitely check out the Murray Hill area (east 33rd ish street and 3rd Avenue) they've got some amazing/quirky bar restaurants for the night time. St. Marks Place (2nd Ave and 10th-5th street) cheap food and interesting melange of people. While you're there, get some delicious fries at Pommes Frites. Midtown Manhattan gets very fun during the weekend (just stay near 3rd ave and 50th-59th street) for food and bars.

Try walking the High Line Park. Or visit Coney Island if weather is nice- before the crowds get there in summer. maybe some galleries too.

answered by
Jack from Atlanta

Go to High Line Park and take a long walk if the weather is good.

answered by
Brian from Mountain View

Diego
Hey Brian, as I've stated on the question I've already visited those points. Thanks for your answer tho.