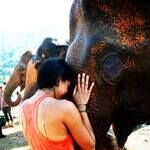 Stay on Malta Island or Gozo?

I'm heading to Malta for 3 nights and I'm not sure if I should stay on Malta Island and travel to Gozo during the day or spend 2 out of 3 nights in Gozo (I think I need to spend my last night on Malta Island to return to the airport). I'm dying to see Azure Window on Gozo, but I'm not sure where to spend most of my time. Any recommendations?

answered by
Mark from Montana

The other answers are probably pretty standard and well-tested, but I have to say that it really seriously depends on what you're trying to get out of your time. There is no doubt that there is more to do on Malta, and if you're going for fun and sun, you'll want to get max time, which clearly means staying on the big island. However, I would like to offer some contrary possibilities if you're looking for more than that. First, remember that it is going to take some time to get to/from Gozo, and if you're itchin' to dig in, it may not be worth the investment. However, in many ways, me and my wife found that Gozo was very much like a smaller, more accessible version of the big island. We spent 8 total nights, three of which we were on Gozo. One of the main attractions was exactly that it was smaller: we found it much more manageable, with smaller distances and sites which compared very favorably. Now, if this is going to be your only time on Malta, disregard this. There is simply too much to give up leaving the big island behind. Honestly, I don't think we would have left Valletta and the Three Cities had we only had 3 days. It'll also make a difference if you're renting a car. Busses are great, but on Malta you'll spend too much time on them if you go very far.

answered by
Meir from Tel Aviv

Although Gozo is very picturesque, Malta is the bigger, more developed island with much more opportiunities on any level any time of the day/ evening/ night: touring and wondering around, wining and dining, hotels, bars and pubs...
You can choose between Sliema and St Paul's Bay they are both very nice places on the island of Malta, Sliema more urban, nice shopping, while St. Paul Bay with Paceville near by highest concentration of bars, pubs on the island... it's up to you :-)
Gozo is wonderful for a day trip by ferry, you can see the Azure Window of course, and do not miss lunch on the beautiful bay of Xlendi!

I would recommend definitely staying in Malta and taking the ferry to Gozo. You can see Gozo in a day, including the lovely Azure window :-). Malta has a lot things to do , including visiting Valletta , Sliema and the Blue Lagoon which will fill your 3 days quite nicely.

answered first by
Daniela from Vienna

answered by
Gianfranco from Stockholm

It also depends what time of the year you're going to be there. Gozo out of season can be excessively quiet and most good restaurants are closed except during the weekend. As others say, a day trip can be fine to see the Azure Window and the main sights, but you shouldn't miss Valletta and Mdina on the main island.

answered by
Evgheni
Unfortunately the Azzure window is gone but Gozo has a lot of nice spots and worth at least a day. Staying in Malta and getting to Gozo for 1 day can be a good choice. My favourite city is Xlendi. Eat in the restaurant Ir-Cima. Has really unique sea view.