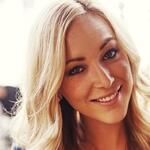 Your favorite activities in Madrid?

Planning my trip to Madrid and I want to know what were the best things you did and saw in the city!  What do I have to go and see?

top answer by
Matteo from Around the World Road

Madrid has plenty of great museams the Museo del Prado, Museo Thyssen-Bornemisza and others, which are free on sundays! Go to La Latina on sundays afternoon´s and get some nice tapas at Juana La Loca and some mojitos Delic.

Walk around the whole center, there are great things everywhere.

My personal favourite secrete spot is the terrace of Hotel De Las LetrasJust walk in as if you wore a guest and go to the last floor, you will see signs for the terrace, although they close for the winter so I´m not sure untill what date its open. Best to go around sunset time!

Christine
Thank you so much, Matteo! :)

Hi Christine. Madrid is incredible!! I was there few weeks back and felt in love again with the outdoor & festive spirit! Rather than telling you about museums & stuff, walk walk walk, and go explore the different districts! From Malasaña to Chueca or Parque del Retiro, you'll feel different atmospheres and this is from far the best way to discover this city.

Madrid is all about squares & terraces! Day or night, you'll always find a place to grab tapas, cerveza con limon or vermuth (try it out, it's refreshing!). Here are my favorite Plazas: Plaza Paja, Plaza de la Villa, Plaza del Dos de Mayo, Plaza Mayor among many others! :)

For cosy places to brunch, you should explore Malasaña, there are lots of tiny trendy cafés, as well as hand-made, creative fashion shops.

Christine
Wonderful! I'm so excited! Great post there, by the way :)

answered by
Fer from Mexico City

hello! i lived in madrid for 6 months and it is amazing all the things you can see you have to go to the museums, Museo Nacional Centro de Arte Reina Sofía, Museo Thyssen-Bornemisza and Museo del Prado. You have to visit the Parque del Retiro and have a picnic there. Places to eat lets see 100 Montaditos, lateral castellana 42, Mas Q Menos. to party some nightclubs Graf, Gabana 1800, Kapital, Pachá. i hope this was helpful. have a nice trip. oh this hotel is really good, Hotel Liabeny.

Christine
Thank you so much, Fer!

answered by
Daniel from Boston

Hi Christine, I used to live in Madrid as a student for 2 years. It's been a while since I was there last, but it remains one of my favorite cities. I remember whenever I had visitors, I'd take them to an area in downtown Madrid that I called Los Mesones where there is a street of tapas bars that each specialize in one tapa or ingredient. Meson del Champiñon for example specializes in mushrooms. I'd make a night of tapas bar hopping, checking out each of the mesones.

I also liked hanging out in Huertas, which is another neighborhood near the Sol metro stop. Especially Principe - Pza. Sta. Ana. Parque del Retiro is also a great place to spend an afternoon, just walking around the park. I also loved walking around Plaza de España and Templo de Debod.

I remember hanging out at El Chapandaz a lot when I was a student. It's a bar shaped like a cave and their signature drink (leche de pantera) shoots out of a fake stalactite from the ceiling. It's been 4 years since I've been there, so I have no idea what it's like now. But I had some great nights there.

There's a weekly street market called El Rastro near La Latina. It's always Sunday morning and goes all day, just about. It's mostly garbage for sale, but you could probably find some interesting things there.

I have a lot of food recommendations. Let me know if you have any questions!

Christine
Thank you, Daniel! I love all of these ideas! :)