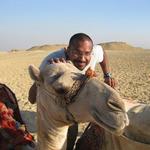 what's your thoughts on these 11 cities as places to live?

What did the article get right? What did it get wrong?

1. Cape Town: Great place to visit, but I wouldn't want to live there.  The high crime rate means there are huge sections of the city that are no-go zones, and street crime can hit you at any time, in any place.

2. Belfast: The "Troubles" are a thing of the past, the IRA has now matured from the bomb to the ballot, and Belfast is now as safe as any other UK city.  And the remnants of the Troubles leave a lot of history that enriches the cultural scene.  Protestants and Catholics are still segregated, but there's more interaction during the course of daily life than there was 10-20 years ago and things continue to improve.  The fact that Northern Ireland has the lowest cost of living anywhere in the UK is also helpful for residents.

3. Lyon: Again, great place to visit but wouldn't want to live there.  It's a foodie paradise (at both ends of the economic scale) but as with most large French cities there are huge Muslim areas that are unsafe, and because the French government and law enforcement have no effective policy of combating Islamic Fundamentalism, terrorist attacks are always a possibility.

4. Ottawa: It may be Canada's capital, but it's nowhere near as culturally vibrant or diverse as Montreal or Toronto.  It's a nice place to live, but after a while you'll get bored and find yourself driving 90 minutes to Montreal every weekend for shits and giggles.

5. Lisbon: I haven't been since I was 9 or 10, but what I remember are beautiful old buildings, good beaches, those cool old streetcars, great food and those yummy little egg tarts.

What the article got wrong was leaving out Charleston.  We moved here from England when I was 11, and I think that of all the places in America to emigrate to, my parents picked the best of all.  We get plenty of tourists now, but it's still a workaday city that keeps it real, it hasn't been overrun by commercialism like Savannah, and locals are just as likely to hang out in the historic district and city centre as tourists, and the food, historical and cultural scenes are the best in the southern USA.

Riga?  No way.  Having lived there briefly, let me just say, if you never want anyone to speak to you, smile at you, hold a door open for you, slow a car down to avoid you Riga is for you.  A tourist visits only the touristy areas and not the areas where people actually live and shop for groceries.  Riga is not fun nor safe.

Hanoi is the best  place to live. It's full of fresh and delicious food, peaceful places and friendly people. You can easily earn money from teaching English or working in a foreign company.  People in Hanoi is very simple  and easy to make friends. You also can visit many beautiful destinations that ancient and rich culture like One Pilar Pagoda, Ngoc Son Temple, Vietnamese Women's Museum, Vietnam History Museum ... It's the heart of Vietnam with economic centre and shopping centre... I think this beautiful place is ideal for you to have a good healthy life style :)

What a strange article.  It does not mention how easy it is to get a job or what the housing situation is like, does not talk about the weather, or in fact provide any details other than tourist photos of picturesque parts of town.  My sister married a Bulgarian and lived in Sofia for several years.  There were no convenience foods and she had to cook everything from scratch. Not even canned tomatoes.  Perhaps things have changed.  I lived in Ireland (Dublin for 2 years.  It was so dark in the winter, the food was terrible, but the people were really great.

In assessing cities to live I would consider 1) mild weather 2) can I get a job 3) does most housing have excellent plumbing with showers and a bath tub in the bathroom?  I watch House Hunters International and many people look at places where the kitchen has no oven or the bathroom has no tub.  The real estate agent is surprised that the clients expect such amenities  I would need to do a lot of reseach before I considered moving anyplace.

Supun
yes. I agree with your thoughts on the strange-ness of that article. that's why I wanted to ask some real people on here. You're points were great input. I didn't know about House Hunter's international

I have worked and lived in both Hanoi and Lisbon. In both cases i had a job working for a foreign company who took care of the work permits, so I had no worries with red tape.

I truly enjoyed both places and would go back again, should there be a work opportunity. Actually, i will be back in Lisbon again in september for some work and I really look forward to it.

Supun
I'm always so jealous of the places you've got to live in, Claus

In Vietnam is a cheap country, you can visit and stay there. You can find a job very easy if you can speak and use English well.

answered by
Son from Hanoi, Vietnam

Vietnam is a good place for living with cheap expense. You can easily find out a good job if you are proficient at English.

answered by
Laura from Sofia

Hi - regarding the cities I've visited, the limited information shared in the article is spot on. Riga, Latvia is charming and cheap. Prague, ditto. Though Prague is one of my favorite cities in Europe. Sofia is where I call home and have lived here for about 9 years now. Life's pace is slower here, the people are more relaxed and in comparison to the cost of living in the US, most things are cheaper. It is indeed a hidden gem - and not only Sofia, but the entire country with its mountains and beaches.