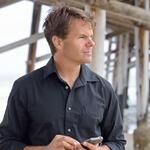 My family and I (wife and two kids under ten) are coming to L.A. to visit family this winter. We’d love some day trip ideas that are close enough that we can get back either the same day or the next day as we can’t really be away that long. We’ve been to L.A. a lot, but we’ve barely stepped outside the city of Santa Monica and/or Venice at all.

I’d check out Palm Springs. It shouldn’t be too hot in the winter and it’s a great place to shop, eat, play, etc. It’s about a 2 ½ hour drive so if you do stay the night, I’d recommend the The Parker, Palm Springs. It was designed by Jonathan Adler and it has a great, whimsical feel to it. If you go about ½ hour to 45 min. out, I’d also recommend La Quintawhich is a beautiful resort. The Viceroy Palm Springs is also fantastic. I’d recommend Sherman's Deli & Bakery right on E Tahquitz Canyon Way for breakfast. Miro’s  on South Canyon is great, too. Also, definitely check out the cool shops like The Frippery and Trina Turk.

I’m not sure if this qualifies as a “day trip,” but Pasadena is pretty great and you can definitely get there and back in one day (it’s only about 40-ish minutes away from SM if that). Even though it’s mostly chain stores, I’d check out Colorado Boulevard. If you veer off into the side streets there are some pretty cool places like Gold Bug (basically if Tim Burton had a store this would be it). Also, as much as I don’t like restaurant chains, I have to admit an affinity for Buca di Beppowhich is Italian food. The décor is crazy: every restaurant has at least one table with a giant Pope head in the center. Green Street, which is where Buca is, has a lot of cute shops. Another, less well known part of Pasadena is Mission Street. It’s kind of an up-and-coming area with lots of little stores, coffee shops, etc. Much less crowded and crazy than Colorado.

One of my favorite places to take a day trip is Solvang. It’s basically a Danish town plopped down in the middle of Southern California and it’s hilarious. It’s mercifully devoid of Gaps and Starbucks and heavy on the coo coo clock stores. There are also insanely good bakeries and restaurants here. My favorite restaurant here is just called Solvang Restaurant. I have to admit I don’t know much about Danish food, but I had a great meal here. Also loved a store called Vinhus which specializes in wine and cheese (I love cheese). There’s also a store there called Rasmussen's that cracks me up every time I go in. It’s mostly Danish stuff, but they always inevitably have a few things that look like they belong at some crazy estate sale. Really all you have to do here, though, to have fun is just walk around. It’s a lovely little town that has a great sense of humor about itself.

The Queen Mary in Long Beach is fun if your kids are 8+.  They have a ghost tour and a tour of a submarine docked beside the ship.  When my family visited, we paired this with a trip down to Balboa Island to get chocolate-dipped bananas, but that's a bit of a trek.

You can't beat Laguna Beach on a sunny day. Great little walking town with nice restaurants, shops and galleries. And of course the beach is gorgeous. Unless the traffic is bad (and this will be the case during rush hour), it will take about 90 minutes to get there from downtown LA.

This isn't a day trip, but I would check out The Grove. Love hanging with the kids here and the Farmer's Market next to it is great. Awesome crepes, donuts and sticker spot for the kids. And of course, there's always Disneyland!

And while you're in town check out The Little Seed, my awesome eco friendly baby store. I opened this with my partner Paige wanting to create a healthier environment for our little ones. It is full of bright colors and is a super happy place to spend time.