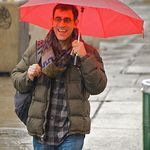 What's the best way to get to Vegas?

There are quite a few shuttle companies that range from about $45 each way to about $90 each way but if you plan far enough ahead, Megabus Los Angeles bus stop will get you there for as little as $1 each way. It leaves from Union Station in L.A. and drops you off just south of the Las Vegas Strip There are about four departures a day so you have some times to choose from. Even if you can’t plan that far ahead you can still sometimes get a ticket for about $13 each way. Greyhound can also get you there but they often have many, many stops to make in a single trip which makes the travel time a lot longer.

If you want to go by plane, just about any airline flying that route charges about $120 (the flight is just over an hour). It’s worth it to check out Virgin America and Jet Blue for special deals (although Jet Blue only flies to Vegas out of the Long Beach Airport (LGB) so you’d have to get there).

Obviously you can also drive as well. It takes about 4-5 hours (without any real traffic), but be prepared: it’s a pretty desolate drive so make sure whatever car you take is in good shape (desert creatures can’t fix cars) and you’re aware you won’t be seeing much of anything (including restrooms and gas stations) for long, long stretches. If you’re not used to that it can be a little weird (or a little fantastic). Also, the traffic on the I15 coming back on Sundays can be horrendous. I’ve been stuck in it for hours and it’s not a lot of fun. I’d do what you can to make sure you don’t come back on a Monday.

There’s no train at the moment that goes directly from L.A. to Vegas, although there’s been a discussion about a “Party Train” being constructed for years.

I only have experience with shuttles. The last time I went to L.A it was not so expensive, we shared a van. I'm not sure the rates from Las Vegas to L.A but you can use their website to calculate https://shuttlewizard.com/.

Hope it works for you

answered by
jack from California

According to me you should choose the 2-Day Los Angeles to Las Vegas, Death Valley and Hoover Dam Tour by http://getbustours.com If you are interested to explore its famous attractions in a short time. Although other packages are also available for visitors, you can choose according to your desire.