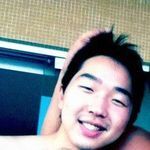 Why are the best hotels near LAX?

I was searching for a hotel in LA and I noticed that many of the best hotels were located near to the LAX.

Is there any reason for that? Is it a good location to stay or is it too far from city centre? If it's too far, can you recommend something good close to city centre?

since LAX is a major travel hub, there are a lot of hotels around the airport where you'll find a lot of business travelers. those hotels are typically bigger, well known chains like marriott, radisson, etc. there are PLENTY of great hotels spread all throughout LA.

what you consider the "city centre" really depends on what you are interested in doing in the city. LA is a driving city with a lot of unpredictable traffic. be prepared to spend a lot of time in the car. depending on what parts of LA you want to visit, i would find something that's in the middle of it all.

west hollywood is more central with lots of night life within walking distance and high end restaurants The Standard, Hollywood and The London West Hollywood Hotel could be great options

for the true california beach experience, Shutters On the Beach in santa monica could be a great option.

Vini
Hello Anita, thanks for your answer! Which area would you recomend to stay? As you said that LA is a driving city with traffic. Tks again

Anita
hey vini! no problem :) there are a lot of great areas to stay in LA - as mentioned above with the recommended hotels. it really just depends on what kind of experience you are looking for and where you plan to spend most of your time. if you want to fully experience LA, traffic is also typically part of the experience [unfortunately]. you can find your way around the traffic by starting your day after the morning rush hour [most people will be at work by 10a]. if you are going to drive cross town [say, from downtown to santa monica/venice], then try to do as much as possible in that area before heading back. here's a quick rundown of the neighborhoods: DOWNTOWN - still up and coming; downtown is actually quite big and spread out with small pockets of neighborhoods. certain parts can be a little seedy [avoid skid row; there are also a good number of homeless people wandering around the historic core - the area has a lot of charm, but if you're not used to seeing a lot of homeless people walking around, you may not love this area]. the grand central market is in the historic core - an interesting mix of old and new food vendors - it embodies the gentrification that is happening in the area. lots of great street art in the arts district, including some great eats like umami burger and pie hole, there are also some great little boutiques - apolis + poketo for example. then there's the more developed side of downtown near the staples center. it's cleaner and safer, but doesn't have quite the charm. also forgot to mention: the new ace hotel downtown [beautiful decor], there's also the omni hotel and miyako hotel in nearby little tokyo. HOLLYWOOD AREA - it's old. very crowded with lots of tourists and street performers. you will be nearby the classic LA sights such as mann's chinese theater and the hollywood sign. plenty of small buses where you can hop on for a tour. WEST HOLLYWOOD - lots of action here; great restaurants and lots of bars, clubs + music venues. BEVERLY HILLS - right next to west hollywood; both of these areas are pretty centrally located in the heart of LA. the downside is that neither are particularly close to the highway/freeway; so it can be inconvenient if you plan on going outside of the LA area. SANTA MONICA/VENICE - if you love the beach, i'd stay in these areas. it will be worth the drive to other places. if you don't care too much for the beach, just come for a day trip. just know that it hasn't been super hot yet [still in the 70s], so it may be a bit cold to lay out and hang out on the beach. hope this helps!

answered by
Steve from Santa Monica

Probably because LAX is centrally located close to beach cities - about 10 - 30 min to areas like Santa Monica, Venice Beach, Manhattan Beach to Hermosa Beach, to name a few. Here's a good summary of things to do if you're staying by LAX area.  I've stayed at Courtyard by Marriott by LAX prior and I enjoyed the experience there. Very modern and clean.

answered by
Larry from Los Angeles

It's definitely far for the city center. But technically we have no city center just Downtown Los Angeles and Santa Monica are pretty populated. But it depends on where you want be or what you want to see. Even places like Silverlake  has great eats and restaurants.  Great hotels are the W Hotel Hollywood and the hotels on the Pacific Coast Highway.

answered first by
Leonard from Minneapolis

Some of the best hotels are actually in downtown LA: The Westin Bonaventure Hotel & Suites & The W Los Angeles - Westwood.