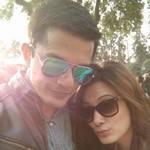 I want to explore Universal Studios and came across that you have a Disney Land hotel in CA too. So is this just a hotel or its a real gigantic amusement park like the one in Orlando?

And if the one in CA is the real deal, how far it is from Universal Studios (bus/car/flight) ?

Hi, Disneyland is the original park created by Walt Disney, before the Orlando Disney world existed, it's in Anaheim, CA in Orange County, it now consist of 2 parks (Disneyland & California Adventure) Universal Studios is in Hollywood about 50 miles north of Anaheim.

answered by
Christine from Los Angeles

It's an musement park like Orlando- there's also California Adventure that's part of Disneyland- separate park but right across from Disneyland's entrance.  Whole entertainment center called Downtown Disney is there too with shopping and restaurants.

Universal is fun too- and much closer to LA and Hollywood!

answered by
Samantha from Pasadena, California

Universal Studios Hollywood is opening up the Wizarding World of Harry Potter in April. I'm guessing that it'll be similar to the one in Orlando. Universal Hollywood is more movie-centric than Orlando and the tour is entertaining.

The Disneyland theme parks in Anaheim is smaller than Orlando and doesn't have Epcott. BUT there is still so much to do. Also, you get to drink in Disneyland California Adventure. I think that by next year, Disneyland will have the Star Wars section up.

Personally, I go to Disneyland every year for my birthday. I go to Universal once in a blue moon even though it's closer to where I am living. I'll probably go more often once Harry Potter opens.

I think it would depend on what you are into, who is going with you, and when you are planning your trip.

Paras
Hey Samantha, thank you for replying here. As you have mentioned that you stay near Universal Studios (so you would be staying somewhere in LA). I am travelling with my wife and I am looking for the apt location to stay in LA. My interests lies in sight seeing, beaches, clubs, parties and hollywood. Should I look around Santa Monica Pier or some place else (do you know somebody who has rented out on Airbnb or any hotel you would like to recommend)? Thanks in advance Paras

Samantha
I have to say that Los Angeles is pretty darn big. Santa Monica is a good location for beaches. You'll be able to visit Venice Beach and Santa Monica Pier. It is not an apt location for clubs. You might be able to find a little nightlife in Santa Monica, but I'm not 100% certain. Hollywood is about an hour-ish away (depending on the time you drive). No matter where you go, there is traffic. It's just a fact of life, especially if you want to see the sites. Places I would recommend is Rodeo Drive (Beverly Hills), the Getty Museum (not the Villa), Hollywood (just because your here and you might as well), Venice and the SM pier, Queen Mary and Ling Beach. If you want to do some hiking, Griffith Observatory or the LA Zoo are also good. There's also Chinatown, Little Tokyo and Olvera St in downtown LA. It's hard since there is so much to do and it's all spread out. On weekdays, you're looking at huge traffic times between 3:30-7:30. What I would do is do pockets. Hit beaches one day, Hollywood the next, Downtown LA after. Also, look at this site to view the neighborhood. I found it helpful: Neighborhood.discoverlosangeles.com
comments (2)
likes (1) thanks

answered by
John from Chicago

Walt Disney World Resort is huge and can be an entire vacation for many days to visit all the different parks like Epcot, Disney's Animal Kingdom Theme Park, Disney's Hollywood Studios, and then the Magic Kingdom Park itself. Note that Magic Kingdom is far from the other parks and you can spend 30 minutes just driving across Disney World.

Disneyland Park is the original park that's much smaller, but still big enough for a day easily. You can even do a second day at Disney's California Adventure because that park has Cars Land which isn't available at Disney World in Florida at all. So they made sure to separate some of the attractions to give you reason to go to both.

In terms of hotels, if you splurge you can stay at the Disney's Grand Californian Hotel & Spa which has a private park entrance to California Adventure. But then you do have a walk through Downtown Disney to get to the main entrance for Disneyland itself.

Disney WORLD is in Florida. Disney LAND is in California and it was built first. Definitely an amusement park but not as many things to do/see as Disneyworld/EPCOT, etc. in Florida. In California I prefer Universal Studios. It's near Burbank, CA while Disneyland is in Anaheim, CA. Not so far apart in distance but traffic makes it seem very far apart. I wouldn't try both in one trip, if that's what you're thinking. Disney is perfect if you have girls between 6 and 10 years old plus a pile of money to spend ($99 admission fee). The kids in my life prefer Disney cruises.

Paras
Hey Connie, its just me and my wife! So, i think Universal makes more sense right!
comments (1)
likes (1) thanks

Disneyland in California is a bombing town in and of itself. It currently consist of two large amusement parks, the original classic Disneyland, full of all the traditional Prince and princesses from your childhood favorite movies, and the new and exciting Disneyland California, which is based on the more Hollywood version of your favorite Disney characters, like bugs life, and cars, for example. The two parks connect to what is called the Disneyland city walk, a great strip of fun and unique stores and restaurants, including the captivating Lego store, and the extremely entertaining, Rainforest Cafe Restaurant, which I consider a MUST. Also recommend visiting the ESPN studio you'll find on the city walk. All this excitement is just across the street/parking lot from the infamous Disneyland Hotel... A gorgeous umpteen story high rise with what can only be described as the view of what dreams are made of! You're sure to be thrilled at every turn if you visit the Disney of the west!!

I have no idea about Disneyland, never been there. Disney World in Orlando is amazing!!! Book hotel on expedia or travelocity. It is prime to stay at the park in their hotels. There is much to see and do. Carrentals.com has best car rental rates in Orlando.

Universal Studios in CA is not worth going to. Save yourself and go to Orlando, FL.

answered by
Crystal from Anchorage

Just to add to the other answers, here are the official sites for both parks: