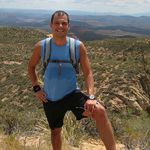 I’m coming to L.A. and would LOVE to see a taping of a real TV show. Anyone know how to get tickets?

It depends what kind of show you want to see. Some ticket agencies only handle sit-coms, some only game shows, and some you just write to the show directly. Here are some links to get you started:

Don’t know how old you are, but just remember that a lot of these shows won’t let anyone under 18 or even 16 in. Also, keep in mind that a taping for a ½ hour sitcom, can take hours (and sometimes hours and hours), so be prepared to stay a while.

If you want to play it by ear... go walk around on Hollywood Blvd near the Kodak Theatre because someone is always giving away free tickets to local tapings.

The person giving them out looks like they're standing around giving stuff away.  Just walk up and ask what shows they have available for today (sometimes the shows are for later in the week).

A few years back when my mom was visiting, we grabbed some tickets for a taping of some David Spade sitcom and it worked out great.  We just drove over, got in line and a few mins later were walking in... but as Courtney mentions above, the taping took about 4+ hours and we bailed after 3.  Remember to bring a jacket because the studios keep it super cold.