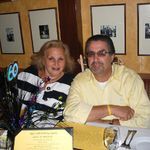 We are traveling to San Francisco for 3 nights then driving down the coast for 2 nights, then staying in Los Angeles for 2 nights. What are the must sees in between and where should we stay overnight those 2 nights?

Leaving SF, I would recommend taking Hwy 1 along the coast. Visit: Half Moon Bay, Santa Cruz beaches and stop and stay in Monterey.  While in Monterey, see the aquarium, the downtown area, etc.  Check out Carmel By the Sea, just south of Monterey.  At this time you cannot continue down Hwy1.  A massive mudslide has closed the highway south of Big Sur.  You can get to Big Sur but have to travel back to Monterey and take Hwy 68 out to route 101.  Nice country side but there isn't much to see.  Get to San Luis Obispo. Stay there.  From there you can head back out to the coast and visit Morro Bay, Pismo Beach (California), and San Luis itself.  Before San Luis there is Paso Robles. Big in winery's.  You may want to stop there on the way.

Past Pismo, on Hwy 1, go to Rancho Guadalupe Dunes Preserve.  Just West of Guadalupe. Continue to Santa Barbara, spend the day there, then it's only 2 hours to LA.  You can continue down the Coast Highway into LA, past Malibu and into Santa Monica.  Its a nice drive, but can get backed up depending on when you hit it.

Laurie
thank you! would you recommend staying over in carmel and monterey as we plan on being on the road for 2 nights. Thanks!

answered by
Kim from San Francisco

If you are traveling for two nights on the way down, I'd go 101 to Big Sur/ Monterey  area and stay over there. Big Sur is one of the most beautiful areas on the coast. Go to Nepenthe for lunch. It overlooks the ocean and you'll love it. You can stay here two days or...

Next, I might hit Morro Bay or even Santa Barbara or even  on the way down. Another interesting stop is Hearst Castle in San Simeon (California).

Santa Cruz is a charming place as well but I think you'll get more bang for your time dropping a little further down. If you are bringing children, the boardwalk in Santa Cruz would be fun for them.

Big Sur River Inn - - but I think the road is still closed from the Landslide in February - - Esalen - ditto I think Esalen may still be clsoed - re-opening in August.

Hearst Castle Rd - Hearst Castle is amazing  - can spend hours there - Hearst Castle was the inspiration for the "Xanadu" mansion of the 1941 Orson Welles film Citizen Kane, a fictionalization of William Randolph Hearst's career.[7] Hearst Castle was not used as a location for the film, which instead used Oheka Castlein Huntington, New York, as well as buildings in San Diego's Balboa Park. Commercial filming is rare at Hearst Castle and most requests are turned down. Since the property was donated to the state of California only two projects have been granted permission: Stanley Kubrick's Spartacus, which used the castle to stand in as Crassus' villa; and Lady Gaga's music video for "G.U.Y."[8][9]

Hearst Castle is a National Historic Landmark and California Historical Landmark mansion located on the Central Coast of California, United States. It was designed by architect Julia Morgan, between 1919 and 1947,[3] as a residence for newspaper magnate William Randolph Hearst, who died in 1951. In 1954 it became a California State Park.[4] The site was opened to visitors in 1958.[5] Since that time it has been operated as the Hearst San Simeon State Historical Monument where the estate, and its considerable collection of art and antiques, is open for public tours. Despite its location far from any urban center, the site attracts "millions of travelers each year".[6]

Hearst formally named the estate "La Cuesta Encantada" ("The Enchanted Hill"), but usually called it "the ranch". Hearst Castle and grounds are also sometimes referred to as "San Simeon" without distinguishing between the Hearst property and the adjacent unincorporated area of the same name.

A must see/do is Hearst Castle.  But get tickets beforehand!

answered by
Pat from Cambria

FYI - Highway One is CLOSED.

ALL businesses between Carmel and Pfeiffer Big Sur State Park are OPEN! This is the area with the highest concentration of businesses in the Big Sur valley, alongside the Big Sur river.

Businesses located SOUTH of Pfeiffer Canyon Bridge are not accessible from the north. This area has been closed due to a MASSIVE landslide and is not projected to be open for at least a year.

Folks are weighing in on the obvious sites, many you are familiar with up your way. Consider some quaint towns and beaches - Example: Solvang is a great little Danish city with a wonderful mission church, lots of shops, and a stones throw from a very affordable Marriott hotel in Buellton. Jalama Beach County Park is close and it is a great beach with a nice vibe. One of the least visited National Parks is Channel Islands National Park an easy day trip of relaxing kayaking and exploring. Have fun!

PS  I have driven it a couple of times, once in our Tesla. There are plenty of charging stations along the way.

US-1 is a beautiful road to drive, pacific looks stunning throughout. If you dont already know, remember that a section of that road (Bixby Creek Bridge) is under constructions and not passable by car anymore. You can make an overnight stay in Monterey, nice little town, the aquarium is supposed to be very good, good food etc.

answered by
David from San Francisco

People love Big Sur area as well as Cambria Hearst Castle is located there ) there are 2 main roads 101 south and 5 south the 5 HWY is nothing to write home about .... I would take the 101 ..... there also is the 1 HWY however its a long drive ... but the most scenic

SF to CAMBRIA is about 4 hours and then spend a night there then on to Santa Barbara continuing on to LA .... is a popular route. You can also stop in Paso Robles which has an interesting wine region good for a stop of a night