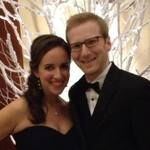 Most Authentic Tacos in LA?

What are the best, most authentic tacos in Los Angeles? What about outside of LA in California?

answered by
Vicky from Los Angeles

LA has lots of awesome taco places and everyone has their favorite. Mine are: Chichen Itza Restaurant in downtown LA as JR mentioned, for its cochinita pibil, a Yucatecan specialty (get their habanero sauce to go if you like spicy!); El Abajeno in Culver City for its taquitos and ceviches - it's a hole in the wall cafeteria popular with local residents and cops; and Oscars Cerveteca for its happy hour tacos and authentic habanero sauce. There's also a more casual Cerveteca stand in Culver City with more taco options at lower prices, and delicious churros.

Taco trucks offer the most authentic, cheap tacos - if you see one with tons of people lining up, it must be good! I live in Venice so I usually go to a taco truck called La Isla Bonita on Rose Ave and 4th St - you can’t miss the truck and the crowd waiting around for its seafood tacos (so cheap!!) and ceviche tostadas during lunch hours - it's there everyday except Thursday from 11 - 4.

Authentic tacos are literally *everywhere* in Los Angeles. Westlake and East LA (including some portions of downtown) have high concentrations of hispanic residents and, consequently, lots of authentic taquerias. The cheaper, the more run down, usually the better.

Grand Central Market in downtown LA is home to several, and a great place to visit in LA in general. My favorite is Tacos Tumbras a Tomas, a stall on the southern end. If you go at noon, you can't miss the throng of people that gather for their incredible tacos, burritos, and tortas. They are known for being incredibly generous with their portions, and believe it or not, 1 of their tacos is more than enough for most adult humans.

I've heard San Diego has some of the best Mexican food in the country, so that's probably the best outside of LA, but I haven't personally experienced that yet.

If you find yourself near Downtown Los Angeles, or more specifically near University of Southern California or museums (like the Space Shuttle Endeavour @ California Science Center) there is a boutique little spot you should check out. It's Yucatecan style tacos and Jonathon Gold, LA Times food critic and taco expert really likes it. It's called  Chichen Itza Restaurant. Worth a stop if you really want to sample tacos while you're here.

Oh man, you're speaking my language!

Guisados is the best all around if you ask me. You seriously can't go wrong with their 6 taco sampler for $7 washed down by the most heavenly horchata ever. You won't look at tacos the same again! 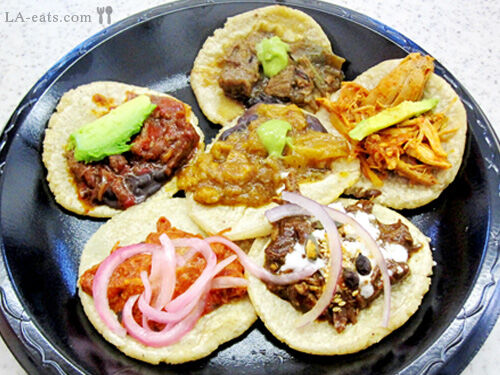 answered by
Daniella from San Diego

This is a loaded question! If you're referring to authentic tacos from Mexico it depends on which area of Mexico. Each region has it's own signature ingredients and techniques.

If you're ever in San Francisco check out El Farolito (I recommend the super quesadilla personally) and for a healthier option definitely try Papalote. In my option these are your two best options outside of LA.

I'm a big Yuca's fan. I used to live in the neighborhood and would go there all the time. Very cheap and very good--they actually won a James Beard award which is pretty great for a restaurant that's basically a hut.

I would also scout out some places on Olvera Street Plaza which is a section of L.A. full of Mexican restaurants, stores, and museums. It's a lot of fun if a  bit touristy.

El Flamin' TacoIt's a truck that sets up nightly on Vermont and 5th, in the parking lot of a car wash. They have the best pastor in the city, get it cut right off the burner with a slice of pineapple on top. On the weekends, they have a lady who makes homemade fried quesadillas, only can get them here. 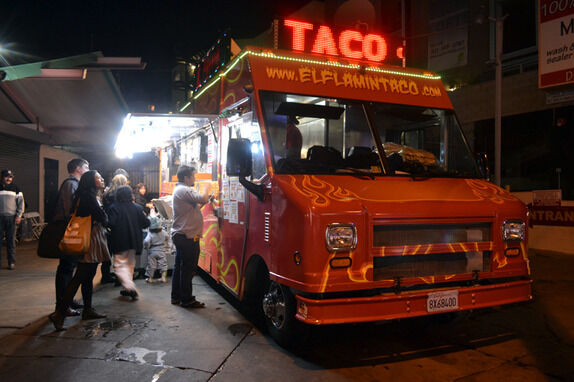 Debbie
Oh my.... this sounds amazing!

answered by
Matt from Los Angeles

In my opinion the best and most authentic tacos i've had in LA are from an old school mexican food truck on the corner of La Brea and Olympic.

I dont know whats its called, but just go to the the corner of LA Brea and Olympic at midnight and you'll be sure to see a line. Get the al pastor tacos.

Paul
Yes, its called El Chato. And its awesome

It's all about Tacos La Movidita (aka Bellevue Steakhouse). I'm fairly confident these tacos are some of the most authentic around. I mean, this place is in a garage. Yes, in a garage, and they serve insane tacos. Only open Fri-Sun and of course it's cash only for your "garage tacos". Such a hidden gem, and honestly some of the best I've ever had! 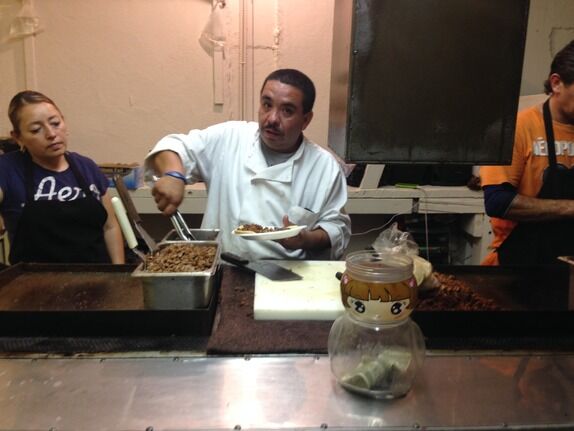 Valerie
Mind. Blown. This is a gem Jillian!

Trevor
This sounds awesome. I'm going to check it out this week!

Jillian
Nice, can't wait to hear what you think! :)

answered by
Mark from Los Angeles

Authentic is very subjective. But certainly no one would argue with La Parrilla in East Los Angeles. The make the tortillas and guacamole right there in the middle of the restaurant, visible to all diners. The food is outstanding, but you have to be adventurous to dine in this neighborhood. It is well off the beaten track. The original location is in Boyle Heights located @ 2126 Cesar Chavez Ave, Los Angeles, CA 90033 (323) 262-3434. But what counts for authentic when there is also Petty Cash Taqueria, with the most inventive and tasty Tijuana-inspired tacos and dishes in the city?

answered by
Tom from Los Angeles

Authentic LA tacos?  It has to be Tito's Tacos Mexican Restaurant. I have been going to Tito's my whole life.  My mom grew up in Culver City and even when she was a kid, her family would head to Tito's for tacos.  Things haven't changed, they are still greasy-cheesy-cash only tacos.  Tito's meat burritos are also a good choice.  My grandpa retired to Utah and he would have us bring him a quart of the burrito filling each time we went to visit him. 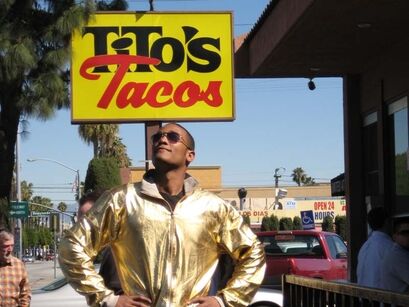 Sure there are other great tacos in LA, complete with fish, pork belly or korean meats.  But if you want authentic tacos from the polluted-crime-ridden LA of yesteryear....go to Tito's.

Carina
Great description! A place with burrito fillings that are worth hauling all the way to Utah MUST be the best!

I'm not a taco aficionado but I have enjoyed a few places that supposedly serve up GREAT tacos.

Tito's Tacos Mexican Restaurant - I've been here once because it is known to have great tacos. The restaurant (read: glorified taco stand) is under the 405 (literally in the underpass) and the surrounding area is shady! The line is usually around the block and it's cash only (if I remember correctly). BUT people love them some beef tacos! I was underwhelmed by the taco -- corn shell, beef and LOTS of shredded cheddar cheese. You have to jockey for a picnic table outside and they call your number when your tacos are ready.

Pinches Tacos - Another culver city taco place, this taco restaurant is a bit nicer (you can actually sit down) and it's your classic Mexican restaurant. They make their own flour and corn tortillas in the middle of the restaurant and they serve pitchers of margaritas!

El Sombrero - This is my local go to taco place. The chicken tacos are loaded with chicken, cool shredded lettuce, cheese, and taco sauce. I eat here once a week.

answered by
Diana from Los Angeles

Honestly, taco trucks. They are the most authentic. Go to Leo's taco truck.

answered by
Diana from Los Angeles

Someone said Chichen Itza Restaurant. Yes, they have delicious food! Tito's Tacos Mexican Restaurant is amazing as well. But not the most authentic.

answered by
Manuri from Los Angeles

answered by
Tim from Santa Barbara

Any Mexican restaurant in East LA