Good, laid back, natural beaches within a few hours drive of Los Angeles?

I'll be staying around LA in April and am even considering staying near the beach somewhere if I could find somewhere that wasn't too far.  I have work there and have booked a couple of days on the end of the trip to decompress....not opposed to smaller beach community but am looking for relaxation, not vibrant night life or anything...if nothing else, just some good beach spots to hang out within, say, 150 miles would be awesome

This is a good question, but there isn't one perfect answer because it's kind of tough to find a "natural" type of beach where you can stay nearby. Most of the natural beaches are a little more remote where you'll need to drive to see them or hang out for the day. So here's a couple natural beach ideas, and then i'll offer up some more beach towns where you could stay, get some beach time, but not have that remote/natural feel to it.

I hope that helps! Enjoy!

For L.A., basically everything that J.R. said below. Spot on. My faves include Crystal Cove State Park, Corona Del Mar (California) the South Bay Beaches (like Manhattan Beach and Hermosa Beach), and El Matador State Beach in Malibu Beach. For El Matador, I'd recommend parking across the street and walking over if you don't plan on spending all day there, though if you park in the parking lot, make sure to pay the parking fee, otherwise the parking attendant will get ornery. I like the beaches further up in Malibu. A lot of people stop by the town of Malibu or the Malibu pier, though there are some great ones further north that are more low-key.

Also  in L.A., I feel like Dockweiler State Beach gets overlooked, even by locals. Bonus points for fire pits that you can roast s'mores at, because s'mores. Also, you can't do this on any beach in L.A.

Further afield, Ventura is dope and has some cool beaches, as well as some in and around the Santa Barbara area, such as Rincon Point, which is great for catching surfer action.

I also wrote about some of California's most underrated beaches here: 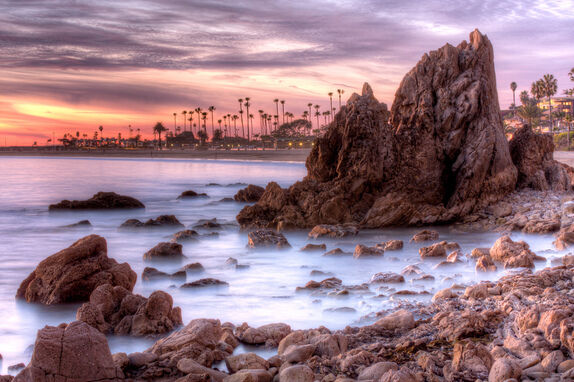 answered by
Vicky from Los Angeles

I live right by Venice Beach and Santa Monica but I usually head to Orange County's laid back beaches when it's a nice beach day. My favorite is Crystal Cove State Park, not just for the cool tide pools and rocks but I really think it's one of the most stunning beaches in the world that reminds me of the beaches at Brazil's Santa Catarina. Get a couple of drinks at the The Beachcomber Cafe and you get to park at the lot at Los Truncos for free instead of paying the $15 fee. 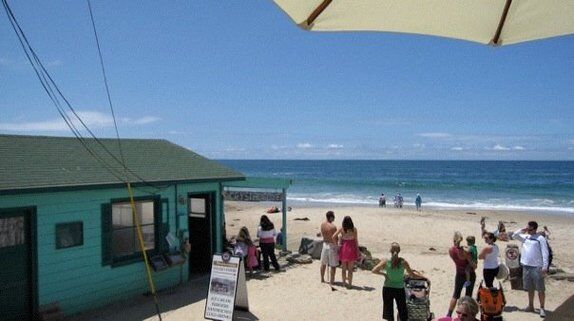 You can try showing up for last minute availability at Crystal Cove Beach Cottages. Locals reserve these cottages for their summer vacations and these go so fast but who knows, you may be lucky to get one of their 1935's beach front cottages!

Newport Beach or Laguna Beach makes a nice base to explore the beautiful beaches around the area as there are lots of options in terms of where to stay. Laguna Beach has quite a few hidden beaches.

A little further south but north of San Diego is Encinitas, another laid back beach community. Swami's Beach is gorgeous!

I love the beach vibe in Manhattan Beach. SoCal beaches are cold and the water isn't crystal clear, but there's everything that you could want here for a solid few days at the beach. 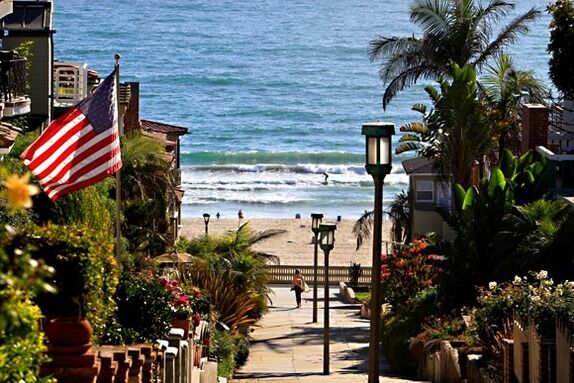 If you keep going south, La Jolla Cove is a great little beach - but it gets insanely packed and is tiny. The beaches that surround La Jolla Cove are awesome as well. Make sure you take a surf lesson or two :) 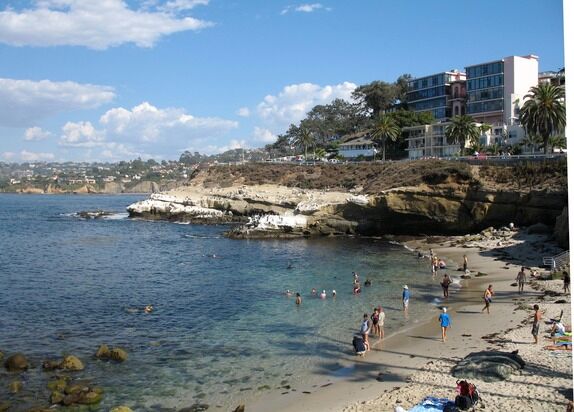 I've only visited Crystal Cove State Park when we have stayed at the nearby Marriott Newport Coast villas.  We've gone twice just for a few hours each time; you do feel away from most of the hubbub and it feels very authentic. There are cottages for rent right there on the beach.  They used to belong to an artist colony and now some, if not all, are for rent. There's also a busy lunch restaurant right there. There is a pricey parking lot above and a shuttle down to the beach.  There is also an ice cream shop just above also right off the PCH.  I'll bet you could try to park there and take the stairs down to the same place without paying the $15 parking fee.

answered by
Roxana from Eslöv

Malibu Beach is nice, but theres not as much there as it is in Santa Monica or Venice Beach.