First timers to LA- What are moderately priced hotels close to Hollywood?

I am only going to be in LA for 2 nights in July and I've never been before. We are renting a car since we want to drive around to see as many things as possible. What area should we get a hotel considering we have a car so we could easily drive to other areas and we don't want to spend tons of money staying in a luxury hotel? We would like to keep it to under $200 a night (including the cost of parking our car in the hotel). We were considering the airport hotels but i've heard it's a 45min drive into hollywood which is where we are probably spending most of our time so we don't want to stay there.

answered by
Alex from Yorba Linda

I've had success with Holiday Inn Express & Suites Hollywood Walk Of Fame right on Highland (a block away from Hollywood Boulevard) being very reasonable, but it highly depends on your dates.

One thing to consider is a downtown hotel or any hotel that's close to a red line station of  LA Metro, as there's a bunch of Hollywood-specific stations on red line, primary one being Hollywood/Highland.

answered by
D from Orland Park

I have stayed at The Grafton on Sunset on Sunset Blvd.  A very nice hotel, but the rooms are small.  I have also stayed at the Four Points by Sheraton Los Angeles Westside in Culver City on Green Valley Circle Drive.  It is a nice, clean hotel.  Both are reasonably close to Hollywood.

Try the Beverly Laurel Motor Hotel. It's very centrally located, clean and I'm sure you can get something for under $200/night. There's a really popular restaurant on the same block called Swingers that's pretty cheap, too. It'll put you right near some major attractions like The Grove, LACMA, the Farmers Market, and the La Brea Tar Pits among other places.

Why don't you stay in Venice - Hollywood 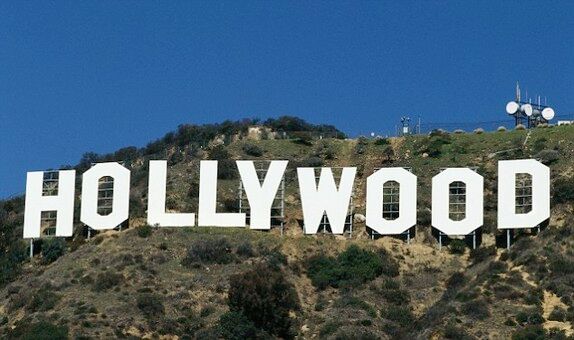 The beach towns are much nicer to stay - Venice, santa Monica, Marina del rey and manhattan beach - after you see the hollywood sign and the walk os stars you are down and would want to get out

Hotel Erwin  IN Venice is reasonable 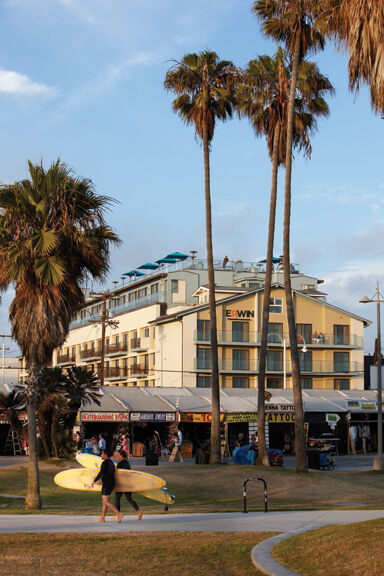 You're right about staying closer to Hollywood. I would even consider doing West Hollywood or Mid-City, since it can be a little bit more low-key, and hotel rates can sometimes be a bit cheaper. Farmer's Daughter Hotel is just south of West Hollywood and a fun hotel that starts around $200 (and with a great brunch at Tart Restaurant below it). The Moment Hotel is just a couple miles north of it, closer to Hollywood, and is more of a basic boutique hotel that starts just below $200. If you're lucky, you may could find a good deal at The Line - Los Angeles, which is located in Koreatown, but one of my favorite hotels in the city. It's halfway between Hollywood and DTLA and had some great restaurants there. Valet parking there is expensive, but there's also some street parking not too far away which I typically do in KT.

I would agree that LAX is not the best place, although you have a car, traffic is bad and you don't want to spend your two days stuck on the 405 freeway getting from place to place. In terms of pricing you'll have to do a quick google search or kayak/priceline, but I will recommend certain areas. Hollywood is a possibility. Make sure you don't go too far east, because not only does East Hollywood start to get a little sketchy, but traffic gets congested there as well. I would stick to Hollywood, Los Feliz, West Hollywood, Century City (California) or West Los Angeles. West LA is kind of a big area but the Sawtelle area is nice, Westwood (Los Angeles) is nice and Cheviot Hills is a nice area. I might actually recommend a b&b or renting out a room. I don't know how many people will be with you, but you can find many couples who rent out rooms (sometimes completely separate from their house) and you pay nothing to park your car on the street. I've also found the prices to be much better (with a wider range of choices). Places like that make the trip more memorable (in my opinion).

I stayed at the Banana Bungalow Hollywood Hostelonce - reasonably cheap, close to everything and they have inexpensive private rooms.  Otherwise several hostels have opened along Hollywood Boulevard like the new Samesun hostel directly across the street from the Kodak Theater, but finding safe overnight parking for a rental car can be difficult.

I would reconsider spending any more than an hour in Hollywood.  Find somewhere to park, see the Hollywood Walk of fame, see the Mann's Chinese Theater, and then go somewhere else.  I always feel bad for tourists who come to "see Hollywood."  LA has a lot to offer, but when it comes to Hollywood, as the famous quote says "there's no 'there' there."

Danielle
Thank you so much for your advice. Everyone pretty much has the same comment and therefore we have decided to change our plan. We are no longer renting a car. We are going to stay on one of the beaches. Now we don't know which one. We want to stay on a beach closest to Hollywood since we will be cabbing it there to see what we need to see and eat at some restaurants we are interested in trying. How much approximately would a cab ride be from one of the beaches (maybe Santa Monica or Venice) into Hollywood? Everyone is saying it's about an hour drive which I can only imagine would be an expensive can ride from the airport to the hotel Ina beach and from the beach into Hollywood

Scott
A cab is going be very expensive. You can try UberX or Lyft, but it's still going to be painfully pricey. As for which beach, none are close to Hollywood. Santa Monica is probably your best bet. Don't forget that traffic is a huge issue too. It could be 2 hours to get there at certain times of day. I would suggest staying in Santa Monica which is somewhat of a walking city and taking a touristy bus tour that takes you into Hollywood if you wish to go there. I don't know of any but I'm sure there are plenty - I've seen their offices based on 2nd street near the youth hostel. (between Broadway and Colorado. Look them up online and see if there is one where you can get on/off the bus. Otherwise, maybe take a bus during non-peak times, which means 10AM - 2:30PM and 7:30 PM and later.

answered by
Sandy from Los Angeles

It's great that you have a car because public transportation is a nightmare... BUT it takes an hour to drive 15 miles in LA (during rush hour, on weekends, etc) With that said, you should stay in LA, not the valley, not orange county... but West Los Angeles, Downtown Los Angeles or Santa Monica depending on whether you want to be close to the beach. Century City is also a great central location, but it's tough to find an affordable place there. Have you considered Air Bn B?

answered by
Sandy from Los Angeles

I would highly go against staying in Hollywood, especially in the summer. It's going to be packed with tourists & traffic. There's not much to do there (unless you're going to the clubs?), and you'll have a lot more fun exploring places like Venice Beach (abbot kinney street), Santa Monica (3rd street promenade), and Downtown Los Angeles (tons of shops and shows).