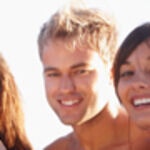 Film fanatics with one day in LA -- what are the must-dos?

My wife and I are huge film fanatics and will be passing through L.A. for just a day for an extended layover on our way to Thailand this summer. Is there anything specific you would recommend that we not miss?

I know it's hard with just a day but we want to see what we can. We'll be flying into LAX early on a Wednesday morning and then flying out early the next morning, so we've got a full 24 hours.

One of my favorite places in L.A. is the Hollywood Museum—not even so much for the Hollywood memorabilia, but for the make-up rooms. It’s a museum that’s in the old Max Factor building where he would literally get the stars ready for their close ups and the make-up rooms he used are still in tact. They might be the cutest thing I’ve ever seen. There’s a room for redheads, a room for blondes, for brunettes, etc. You can really picture the stars getting primped for red carpet events and there’s something just so charming about it.

I wouldn’t put this at the top of my list because it really depends what’s going on here when you visit, but the The Silent Movie Theatre is a lot of fun. It’s basically this old art deco movie theater that now has a lot of interesting movie-related events—check out their schedule and see what they have going when you come.

I would also check out the schedule for the outdoor movies at the Hollywood Forever Cemetery. I know it seems a little macabre, but basically people bring all kinds of beach chairs and picnic blankets and watch an outdoor night time movie at the cemetery (I would get there early to see the cemetery itself). It’s a lot of fun if a bit silly.

I know this isn’t a very original idea, but I would for sure see Mann's Chinese Theater. It’s absolutely stunning on the inside and as hokey as it is, it’s really a fun experience to see the handprints out front. I actually liked it better before they renovated it, but it's still pretty incredible, especially architecturally. The  Dolby Theatre (formerly Kodak theater) where they hold the Oscars is right next door but is basically just a big mall if you ask me. I wouldn't go out of my way to see it.

You might also want to try to catch a premier if you can. They take place pretty frequently in the city –check out this list for upcoming dates: http://www.seeing-stars.com/Calendar/index.shtml#premieres

Finally, I’ve never been to Hollywood Heritage Museum museum but I’ve heard it’s great—and it’s near the Hollywood Bowlso you can see that while you’re at it, too--it's actually my favorite place in L.A. and they have a lot of movie-themed nights so you should check out their schedule while you're at it.

Luke
This is perfect. Thank you very much Courtney!

answered by
Kelsey from Los Angeles

Check with the calendar at the Cinefamily (Cinefamily) - they're big time film buffs and they always have odd and interesting programs.

I'd also be sure to check out the Westwood Village Memorial Park Cemetery (Westwood Cemetery). It's teeny tiny and in the middle of a bunch of skyscrapers in Westwood (near UCLA). Lots of Hollywood history there - Marilyn Monroe + over 200 more industry-related people buried there.

You didn't mention what month you will be in LA yet if it happens to be during the Los Angeles Film Festival (June 11-19, 2014) then check on when tickets go on sale (usually May) and go to a couple of films. They usually have Q & As with the film makers/cast and you can see some great stuff there as well.

I know you said you will be here on a Wednesday (which limits what's offered) yet you also might check out Cinespia @ Hollywood Forever Cemetery (Cinespia) - they show films in the cemetery behind Paramount and they're a lot of fun (usually on Saturday nights yet sometimes they have special events on other nights).

You can also do studio tours at Paramount Pictures, Sony & Warner Brothers Studios. Schedule those in advance so you'll have a space.

My spouse and I write a film/travel blog and usually post about what's going on in LA. So you might also want to check that out in case something else pops up between now and then.

Have fun and let me know if you have any more questions.

Carina
I agree that Cinespia is great for a really fun, kind of spooky version of the classic drive-in movie experience. Love it!

You could finish the day at the Venice Beach Boardwalk.  It's fun for a sunset bike ride if you want to see a lot of action.  Cheap bike rentals are everywhere.

answered by
Manuri from Los Angeles

Go to Hollywood Walk of Fame.