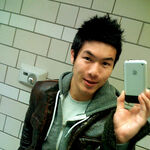 Best neighborhood/city for a 20-something art student?

During a recent road trip to LA, I really fell in love with the city and am considering moving there after school, at least for a year or two.  The only places that I've really stopped at so far are Weho, Koreatown, and Burbank, and I've liked them all, but am wondering if there are any more places that are more me.  I'll be taking another road trip to LA soon to consider my options.  Are there any other neighborhood or cities that creative 20-something year olds like myself should look into?

As a creative 20-something, you need to try hanging out in Los Feliz and Silverlake. There are a lot of cool boutique shops and restaurants there. There's also Downtown Los Angeles that has a flourishing Arts District. You'll find artist communities all around Little Tokyo as well.

answered by
Amanda from London

Hi Robert!  I'm originally from LA and work in VFX. Try the  Eagle Rock (lots of craft beer houses and pop up restaurants) and  Los Feliz area if you prefer being inland, or perhaps  Redondo Beach and Hermosa Beach.  Venice Beach has a few nice regions such as Abbot Kinney. Personally, I loved living in Pasadena and Marina del Rey, CA.

Courtney
+1 on Los Feliz--I lived there for five years and loved it.

answered by
Chris from Las Vegas
﻿

Los Angeles is quite diverse - it really depends on what you're after. If your idea of LA is proximity to the water, Venice Beach is great. Cool shops, interesting characters, and a more relaxed vibe that resembles the idealized version of California that Hollywood has been exporting forever. If you like cities and a denser concentration of young artists, sticking closer to the east side/downtown might be a better option. I've got a ton of friends who live in Highland Park (Mount Analog is a cool record store there). It's more affordable and quite close to Downtown Los Angeles.

I used to live on the edge of Koreatown (Los Angeles) - which is fun for karaoke & late night spicy chicken wings at places like OB Bear. Popular neighborhoods like Silverlake and Echo Park are also really great for restaurants, bars, walkability, etc (though you will pay a bit more to live there). If you want to check out galleries, Culver City has a bunch of reputable ones clustered together.

I'm a firm believer that living close to where you work is important for overall quality of life (especially in Los Angeles' traffic). So, that's definitely a factor to take into account. Getting from one side of town to the other on a Friday night can take forever (even though it's only like 10-15 miles).

Robert
Whoa, this is exactly what I needed and I completely agree with living close to work. Maybe I should find temporary crash pads while I scout for work before signing any leases. These areas sound really cool. Thanks a bunch man!

Chris
Sure thing! I'm curious - where can I see your design/art work? Got a website? That's what I do too.

Hey Robert, you'll want to check out Silverlake, Los Feliz, Echo Park, and Atwater Village if you want to find other creative 20-somethings like yourself.

Robert
Thank you for the advice Zach. I'll look into those!

answered by
Peter from Los Angeles

Lots of creativity in the downtown arts district, (just southeast of Little Tokyo), Silver Lake, Echo Park, Atwater Village, Los Feliz and Venice Beach.  Burbank (California) is clean and safe, but has more commercial culture than youth culture.  Koreatown (Los Angeles) isn't the most inspiring area, but does attract creative types on a budget, as does Eagle Rock.  West Hollywood can be a tourist trap and has its fair share of people who worship themselves, but has a thriving LGBT community and plenty of great food/entertainment/nightlife.   Most of it is dependent on budget.  If money isn't an issue, most artists, musicians, screenwriters, writers, photographers, etc. aim for Silver Lake, Los Feliz, or a loft in the downtown arts district (looks grungy but there is a lot going on), unless they absolutely must live near the beach, in which case Venice, or unless they are very serious about nightlife and networking with film industry, in which case Hollywood.  Obviously all generalizations, and by no means comprehensive, but hopefully of some use!

Robert
Props for the crash course in LA neighborhoods! It definitely helps me narrow down what to visit when I road trip there. Thanks man!

answered by
Val from Los Angeles

A 20-something artist would be hard pressed to NOT check out Silver Lake!  Biking is encouraged--take a spin around the reservoir, food scene is delicious, friendly neighborhood bar scene, & a good indie music circuit!

Robert
All of that sounds right up my alley, especially the biking everywhere. Thank you Valerie!

I live in the Los Angeles Arts District which is next to Little Tokyo It's a great location because if you aren't used to the driving, there actually is public transportation nearby.   Hollywood is only 20 minutes away by the Red Line, and that's another place that's great for a 20 something. Both places are cheap to live but typically look bad.

Depends on what kind of creatives you're looking for. Actors like being in Hollywood because there's good Improv theatres in the area. Westside is too expensive. Craftsmen and physical arts like the Arts District because the SCI ARC, school of Architecture is in the area.

Robert
I'll actually have my car, but I think it would be refreshing to not have to use it so often. This is all good to know. Thanks for your insight Andrew!

answered by
Eugene from Los Angeles

You should probably check out Venice Beach as well as Downtown Los Angeles.

answered by
Shane from Los Angeles

I have lived in the "East Side" of Los Angeles for quite some time now, and it has been a hot bed of young creative talent. These are Echo Park, Silver Lake, and Los Feliz. Other areas that are springing up as nice creative areas to live are Atwater Village and Downtown Los Angeles. However the cost of getting a loft/apt in downtown could be prohibitive.

Personally, I love living in Los Feliz. I've lived in the same place for over 10 years now and it's been great. The proximity to the subway was key as I didn't have a car for the first years of living in LA.

Robert
Nice. Thank you for sharing this Shane!

If you do decide to check out Los Feliz, be sure to stop at the Barnsdall Art Park. They have all kinds of interesting artsy events!

Hi Robert I'm a native here in LA. For creative 20-something's you may want to look into Silverlake, Los Feliz, Echo Park, Noho district art district,  Downtown LA Art Walk, and now Eagle Rock is attracting the creative  types. If you go out East the city of Pomona is becoming artsy. As well as certain parts of Long Beach too. Some are more artsy then others so it depends on your preferences.

Annemarie
Great answer, Virginia! I went in and tagged the locations you mentioned. That's how the map to the right appears. This is some good advice.

Robert
Wow thank you Virginia! I will these places out.