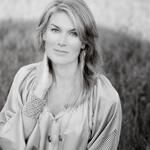 Best Restaurants and things to do in LA?

I'm looking for some fun places to visit, hang out, & eat sushi in the LA area (with my 16 year old). What are the best places you can recommend?

top answer by
Suzanne from Pasadena

I don't know what area of LA you will be in but here are some suggestions on the West Side:

Abbot Kinneyis a great place to check out the hip shops and there are great restaurants Gjelina is my favorite. I would go to Third Street Promenade, visit UCLA- the campus is gorgeous. We like The Getty Center for beautiful art and views of the whole city. The Larder at Burton Wayis great for lunch and dinner and Tavern Restaurantis delicious for dinner. If she has never seen Beverly Hillsit is always fun to see that. There is a SprinklesCupcake wall dispenser where you can buy a cupcake like an ATM. Very fun!

Honestly I could go on and on with each area of Los Angeles. This is a good start! Enjoy LA - its a great place to visit.

These can be fun, and informative. You get a sense of Hollywood’s film/tv history. Universal Studios Hollywood offers something called “The V.I.P. Tour." But it’s “6 hours of total moviemaking immersion.” Their number is 1-800-UNIVERSAL. But I’m sure the other tours are more affordable:  Warner Bros. VIP Tour: 818.972.8687.  Paramount Pictures tour number is 323.956.5000.  I don’t know if Fox and MGM offer tours, but I think Warner Bros., Universal and Paramount are the best to see. FYI: These studio lot tours may only happen on weekdays.

It’s fun to see stand-up comedy and they often have really good comedians (look for Sebastian Maniscalco—go to his website and sign up to receive notices when he’s appearing—he’s awesome) at Improv Comedy Club, The Comedy Store, the Laugh Factory and The Groundlings Theatre (all of these places are on Melrose and Sunset Boulevard, in West Hollywood).

An especially good place is The Comedy & Magic Club in Hermosa Beach (right next to Manhattan Beach—it’s in a fun neighborhood that has good nightlife, people walking around, bars, etc.). Jay Leno supposedly performs at this club every Sunday night.

Taking a bus tour of stars' homes and famous LA sites is really fun, and it lasts a few hours, and the Starline tour offers open-air double-decker buses or vans, where you sit up high and feel the breeze in your hair, and are able to take pictures with no glass between you and the sites. This type of tour is the way to go, especially if the weather is nice. These tours are a great way to get the lay of the land and to see lots more than you would just driving around on your own.

It’s easy to do the tour—just call 1-800-959-3131, or go to the Mann's Chinese Theater (where all the stars’ handprints and footprints are in the cement) on Hollywood Boulevard, just west of Highland. There’s a Starline booth there, where you can pay to take one of the tour buses. Take a hop-on, hop-off tour bus—which is ideal, because you can get off whenever you want to sightsee or get something to eat, then you can go back to that spot to hop back on the next bus that passes by.

Another company I’ve seen around town is www.LASightseeing.net, and their number is 1-800-870-1886. There are various choices of tours you can take—the beaches, Beverly Hills and the stars’ homes, the museums, etc.

Miscellaneous things to see and do:

Griffith Observatory in Hollywood (newly renovated; it’s best to go at night, but there is also a telescope that shows sun activity, during the day, and the view of LA is awesome)

One last thing:  there is a scenic overlook on Mulholland , off of Outpost, with a small parking lot and coin-operated telescopes. It’s a good place to view the whole city, take pics and see the Hollywood Sign.

It’s not the most beautiful LA beach, but it is famous for its wacky characters and interesting people-watching. I’ll warn you, it’s grungy. But Venice itself—the ‘town’—is super hip these days. A lot of stars and industry people are moving here, and interesting, artsy types (photographers, famous painters, etc.) have always lived here. There are lots of good shops and places to eat on Main Street(Chinois, etc.), and Abbot Kinney (Joe’s)  It’s neat to see the “canal streets” (a neighborhood in which houses were built on canals, to resemble Venice, Italy). If you go to Venice beach, you can rollerblade or rent bikes—there’s a big, wide sidewalk that runs along the sand of the beach. Also, there’s a popular, shabby-chic hotel in that area called “Shutters at the Beach,” and they’ve got a casual restaurant (I think it’s casual?) that looks out at the sea.

To me, the best beach is Zuma Beach (which is pretty far to go to) or Malibu Beach, both of which can be gotten to by driving up Pacific Coast Highway. It can be very busy on PCH, especially at rush hour traffic times, so be prepared for traffic and a challenge when you decide to pull over and park. But it’s interesting to see the houses and the coast. There are not a lot of great restaurants to eat at, I don’t think (but there are a few at Cross Creek Road—Marmalade Cafe Malibu for basic good food, and there’s a cool sandwich stand where you can eat your food at outdoor tables that face the kids’ park, and Taverna Tony for Greek food). To get there, go up PCH til you get to Cross Creek Road (you’ll be in Malibu), and take a right, into the cafes/shopping area here. There are good places on both sides of the street, and shops all around. If, instead, you keep driving up PCH for a while, you’ll get to the Zuma area. There’s a beach parking lot on your left, where you pay to park, and there’s free street parking on PCH (although it can be a little harrowing b/c of the fast-moving traffic).

Valerie
Great answer! By the way, just a reminder about our geo-tagging feature -- it's helpful to be able to visualize where places are. Plus, people can click through to them for more information, making your answer more helpful! I've helped you map the places in your answer on a map. In the future, you can do this yourself as you answer a question by simply typing the @-symbol followed by the name of the place. Take a look at your map next to your answer :)

if you love sushi, and you're only in LA for a short period of time, Nobu Malibu encompasses up the LA experience. Amazing sushi, great vibe, beautiful restaurant, and guaranteed celeb sightings. Get there for sunset, and enjoy the scenic drive!

I love this question! Ok, here are the need to know spots in my opinion for sushi in LA:

Izaka-ya by Katsu-ya - this place is always packed, which makes sense because it's amazing. What to order: the baked crab roll and the crispy rice with spicy tuna.

KazuNori: The Original Hand Roll Bar - it's the newest sushi spot downtown. It's pretty low frills and you wait in a line to get a seat at their horseshoe shaped counter. It's all handrolls and I was surprisingly full after ordering the smallest roll option (I think it's 5 rolls total).

Katana - this is more of a Hollywood scene. You'll probably spot some celebs and this is one of those places that you go for the experience and the food. The baked crab rolls here are my absolute favorite in town!

answered by
Andrea from Los Angeles

Come down to Hermosa Beach.  The Hermosa Beach Pier has fun restaurants and a great surfer vibe that is very LA/beachy.  Manhattan Beach Pier is also fun with a cute little aquarium of sorts at the end of the pier and great shops & restaurants in the adjoining town.  You'll recognize the roundhouse at the end of the pier from every tv show ever.  MB Postrestaurant is fabulous; noisy and expensive but so delish.  Cheddar biscuit appetizer will ruin your dinner in the best way possible.  None of this is cheap, but it's awesome!  And walking around is always free!

answered by
Kristal from San Francisco

Well as a self diagnosed sushi addict, I'm very excited to answer this question haha. People usually have their own preferences but when I think of sushi I like fresh, buttery and simple... I LOVE nigiri. Here are my top picks.

For what I just described above... the no frills, just amazingly fresh sushi I love Hide Sushi and Sushi Masu. Hide is much more reasonably priced (cash only), but both are delicious! Here are full reviews on my blog of both if you want to check them out:

For a pricier option, I would go with Sushi Park. It's best to order the omakase special ($100/pp) and let them choose for you. This is very famous among celebrities, you'll often catch Emma Stone there. This is a more traditional Japanese place, you won't find any California rolls or gimmicky things.

For more of a Japanese fusion, where you can find things like rock shrimp, seared albacore, baked crab rolls and the best crispy rice, head to KOI Restaurant. While I don't get traditional sushi there, I absolutely love this place! For a full review: http://www.eatandescape.com/restaurant-reviews/koi

For another high end sushi place I would head to Nobu Malibu or Nobu Los Angeles. I prefer their "new sushi", essentially sashimi. They have the best yellowtail and jalapeno. And their dessert bento box is always amazing! Their green tea ice cream is out of this world!

If you're looking for a much more relaxed place, with things like dragon rolls and such I would head to Sushi Mon Japanese Restaurant. They are always fresh and while not as traditional you'll enjoy it if you like more toppings and rolls.

Take a walk down the Venice Beach Boardwalk. It's lined with shops, street vendors, street performers, Muscle Beach, a skate park and of course the ocean.

While you're there, I'd highly recommend Kreation Kafe & Juicery on Abbot Kinney or if you're near the Venice Fishing Pier you can grab food at C & O Trattoria or Baja Cantina Marina del Rey depending your tastes.

It's also fun to take a Water Bus around the marina or rent kayaks or stand up paddle boards somewhere around Pier 44 Marina or Mother's Beach. (Pro tip: Check Groupon, there are always quite a few deals on there for kayaking, etc.)

answered by
Patrick from Denver

I love SUGARFISH | Downtown LA for sushi. Or check out a place in Little Tokyo on/around Sawtelle Blvd. where there are tons of Japanese restaurants.

One of my all-time favorite meals was at Animal, although that might be a little bit adventurous (depending on your 16 year old's tastes).

If you have a 16 year old who's into shopping, check out The Grove, The Americana at Brand or Beverly Center.

If you're headed to the beach, drop by Santa Monica Pier and ride some rides. There are a couple of great sushi places out in Santa Monica, too.

answered by
Lisa from Los Angeles

Sushi Roku in Santa Monica on Ocean is very popular and close to the beach!