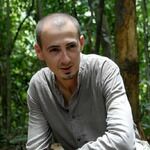 Advice for a 2 weeks holiday in the West Cost

What are your advices? Stay 2 weeks in LA, San Francisco, San Diego & make another trip to NY ?

Or take a flight which stops in NY for 2 days for example and then West cost?

Do we have to book a car?

What are the best things to do in LA ? To see?

If you're coming to the west coast I love in Northern California. They're a Monterey, Big Sur, Napa (wine country), San Francisco, Carmel, Sonoma. I would consider maybe a week in la and a week in San Francisco area. Monterey, and Carmel are similar and Big Sir is close by. In sf you have everything touristy. And napa and Sonoma are similar. Lots of wine! :)

San Francisco is a concentrated urban area, much like Paris or New York.  It is walkable and has good public transportation.  Los Angeles is spread out, with several areas of concentrated things to see and do, separated by miles of nothing to see.  San Diego has a relatively small downtown core which has things to do and see, with other areas of interest away from downtown, primarily beaches and other areas along the coast.

If you look at other posts on the three cities, you will get a lot of information on what to do in each one and also between them if you want to drive.  Personally, I have lived in all three cities, and I think San Francisco is by far the most interesting.  The nicest areas of LA are along the coast, where there are good beaches- Santa Monica, Malibu, Venice, and the more southern beach towns are all nice.  San Diego has a nice downtown area, good beaches from Coronado up to the coast to Oceanside, and La Jolla is a very good spot to spend some time.

I would probably fly into San Francisco and stay there five days, then rent a car and drive down the 101 and  Highway 1, taking two or three days to get to Los Angeles.  I'd stay about 3 days in LA and go to San Diego for three days or just stay in the LA area for the rest of the time.  Have a good trip no matter what you decide.

I highly recommend renting a car unless you can figure out how to utilize shuttle services or Amtrak trains at a cheaper rate. Driving yourself is faster though but if driving here makes you nervous (the traffic in Southern California is very congested) look into a shuttle, bus, or Amtrak.

I think you will also save more by staying in New York 2 days and then continuing your flight from New York to California but it all depends on the airline you chose and the dates. Keep in mind that sometimes two round trip tickets can be cheaper than one one-way ticket. Sounds very odd but I've seen it a few times. Keep an eye out on travel websites and turn off your browser history so that these websites don't raise prices based on your recent searches.

Never been to San Francisco, but I recommend Golden Gate Bridge, Alcatraz and Pier 39 as these are very popular in that area.

As for San Diego I recommend Coronado Beach where the sand sparkles similar to gold in some spots at sunset and great dining. La Jolla for the beach and underwater park, Balboa Park, San Diego Zoo.

answered by
Alexis from Pittsburgh

Hi, Vincent!  I'm wondering if you may be doing a bit too much with including San Diego.  I think a wonderful trip would be to fly into either Los Angeles or San Francisco, and then, mid-trip, drive to the other city.  Yes, it will take time.  But a nice, Leisurely drive, with plenty of stops, will allow you to experience so much of a significant stretch of California.  It will also allow you to see breathtaking scenery.  I've only been to San Francisco once, but I've been to L.A. many times.  I love the easy-going Beach communities of Manhattan Beach, Hermosa Beach, and Redondo Beach.  I'd rent a small place on the beach and just absorb the experience and the people.  Of course, my idea of a good vacation is trying new restaurants, lots of long walks about the community, lots of long drives through surrounding communities or state and national parks within a few hours drive, and simply absorbing the experience.  Do your own exploring and discovery, and take lots of pictures!!!  Enjoy!  Some day I hope to visit Paris before I get too old!  LOL!

answered by
Channon from Los Angeles

NY is great to visit especially Central Park and you really don't need to rent a car because mass transportation is great there. Unlike Los Angeles you will need a car. My advice is to stay a few days in NY like 3 (make sure you visit Hell's Kitchen are too) and the rest of your holiday on the west coast.  Once you get to LA rent a car stay a few days there (make sure you visit Santa Monica Pier and get on some of the amusement park rides) then drive up to San Diego for at least 2 days because it is a must see and the drive from LA to San Diego is really nice and pretty. While in San Diego the zoo is the main attraction but I would also go downtown San Diego and have dinner along the beach side.  Same goes for downtown San Francisco which is great too but personally San Diego is the one of the best places to visit on the west coast. Along the west coast you can visit so many places and all the beaches you desire Venice Beach Boardwalk and Laguna Beach just to name a few of many! I hope that helps!