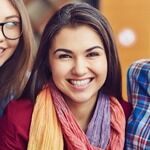 Is Long Beach worth stopping by during an action-packed LA trip?

I'm taking a trip to LA with friends for a couple weeks.  We're staying in Santa Monica, but plan on driving up north to Malibu and as far south as Laguna Beach.  With those in our plans, I was wondering if Long Beach was a worthwhile place to stop by.

I've had a bit of an odd fascination with the LBC since Snoop Dogg started rapping about it in high school (don't judge me!), so I'd love to stop by if there are any cool restaurants or attractions. Thanks!

The LBC's home to me, so I have a few suggestions.  For food, these are my favorites across the board:

For fun stuff, there's the Gondola Getaway. It's a great date spot, if not a little cheesy. Don't know when you're going, but the gondola ride is worth going to at Christmas time when all the lights are up around Naples Canal.  If you like dogs, there's the Long Beach Dog Beach. I take my dogs when its overcast during the week - otherwise it's just too crowded with too many amateur dog owners who freak out if dogs start playing.  If you don't get enough aqua experiences on your trip, you can hit up the Aquarium of the Pacific. It's fun - completely packed but plenty of fish to see.

By the way, if you're flying into LA and plan on being near the Long Beach area, forget LAX or Orange County.  Long Beach Airport (LGB) is so much easier - if you can find a flight from where you live. (Try JetBlue.)

Bianca
Yay! Enough restaurant recommendations for all the picky eaters in my group :) This all sounds awesome. Thanks Brett!

Mon
always looking for new places to eat!! and I live close enough...thanks for the recommendations!

Normally, I wouldn't put Long Beach on the top of my recommendations for an LA trip, just because there are so many other things to see in/around LA. However, since you are fan of Snoop, there are a few notable spots to check out.

First off, all the Snoop sights will be in East Long Beach where most of the tourist attractions are closer to the Aquarium of the Pacific. Check out the map for some perspective and proceed with caution.  On a side note, Snoop, Nate Dogg and Warren G named their group "213" based on the area code at the time. Now most of the LBC is the 562 area code.

Some Snoop Dogg sights in the LBC:

Long Beach Polytechnic High School is where Snoop went to high school along with Nate Dogg. Apparently Warren G was a little more nerdy so we went to Jordan (according to this post titled How to Grow Up in Long Beach, which is worth a read if you actually go do this) Long Beach Poly is not only an athletic powerhouse, normally one of the top football programs in the country with over 50 players going on to play in the NFL, it has a quite a celebrity legacy including John Wayne, Billy Jean King, Tony Gywnn, and Cameron Diaz (who attened LBP with Snoop - only a year behind him).

The World Famous VIP Records is the most famous record store in the LBC. Although not in the exact same location as when Snoop was hanging/recoding there, it's still worth a stop on the Snoop tour.

21st & Lewis LBC - Made famous in the song Regulate (IMHO one of the best songs ever written) this is the intersection where it all went down.

Snoop Dogg's childhood home is near E. 16th street And Linden Avenue. Not sure exactly which house was his, but I think by driving the neighborhood you can get the idea. source

Bianca
Now THIS is what I'm talking about!!! And that Vice post is awesome. I probably wouldn't stop off at these places, but I may do some drive by photo shooting. Thanks a bunch for the info JR!

Trevor
First of all, this answer is awesome haha. If you're a Snoop fan then JR has you headed in the right direction! Aside from the Snoop spots, I agree with JR that Long Beach wouldn't be at the top of my LA recommendations (Manhattan Beach, Hermosa Beach, Newport Beach, and Laguna Beach would come first).

Despite some of the other answers, not all of Long Beach is ghetto.  I live in Belmont Shore which is a cheaper place to visit than the South Bay area and Santa Monica.  There are plenty of good restaurants and places to park.  I would skip the Queen Mary and visit the Shore and Naples.  Stop at Michael's Pizzeria voted the best pizza in the United States (seriously the best pizza) or go next door to the more upscale Italian restaurant.  People come from all over Los Angeles to eat here.  Just avoid the beach...it's gross.  The bay is clean but the beach is disgusting.

Bianca
Thanks so much, Brenda!!

answered by
Ryan from Redondo Beach

If you do decide to check out the LBC you should check out  The Auld Dubliner. It's an awesome Irish pub with live Irish music on the weekends!

answered by
Peter from Los Angeles

If you're a fan of Snoop Dogg, then you should probably hit up the Roscoe's House of Chicken N' Waffles in Long Beach. Other landmarks from west coast hip hop songs might get you in some trouble (no hooking lefts on 2-1 and Lewis)

Other than that, the Aquarium of the Pacific is great especially if you like some 'hands-on' stuff with some of the sea creatures there. Be sure to check out Google Offers since they have half-priced tickets to the aquarium sometimes!

Bianca
Ha, I'm hoping to avoid all that "drama in the LBC" that Snoop raps about! Good to know that there's more than that and gin and juice. Thanks Peter!

answered by
Sean from Fountain Valley

Long Beach is somewhat ghetto. There are a couple nice spots in Long Beach such as Belmont Shores. You can stroll up and down 2nd street, go to the Aquarium of the Pacific, or grab a bite at Roscoe's House of Chicken N' Waffles. There aren't any great beaches, and no real attractions to see unfortunately.

answered by
Aleecia from Tustin

Yeah check out Seal Beach their are plenty of great restaurants on Main Street and Ocean Blvd  its a locals spot with nice people stop by Sweet Jill's Bakery or the The Hangout Restaurant & Beach Bar at night.. sweet jills makes the best carrot cake and all this is right by the Long Beach Pier its lit up at night with christmas lights... stay away from ghetto east LBC which is what snoop is refering to... dont listen to that guy.. and be sure to check out seal beach its lovely.. and is a surf spot... if not definatly check out the wedge in Newport Beach its a real surfers only spot in newport which is very beautiful.

Bianca, having spent a lot of time in Long Beach in the last year, I'm not 100% sure you need to make it a stop on your trip. Here's what you'll find there:

The Queen Mary is docked there, once one of the great Art Deco ocean liners, and you can take all kinds of tours on it and have afternoon tea, cocktails or dinner while aboard, or even stay the night in a stateroom.

If you're an aquarium fan, the LBC has one of the best I've ever seen -- the Aquarium of the Pacific. Especially cool here are lots of different kinds of rare seahorses from around the world, as well as a tank-tunnel where you're (safely) surrounded by sharks and seals.

Belmont Shore is a bustling commercial district in the heart of town, right near a mile-long walk along the Pacific and the Long Beach Museum of Art. At the latter, you can have a nice meal overlooking the water from way high up on a hill...but you'll also be looking at oil derricks.

Long Beach is also home to a metric ton of second-hand record stores and vintage clothing shops. The East Village Arts District has a few blocks' worth of these, along with a wine tasting bar/shop and some great little coffee shops.

Bianca
Thanks so much Melanie! I think I've actually heard of that docked cruise liner before. I want to at least walk on that for sure. Your other recommendations sound awesome too!

Naples Canal are one one of those hidden treasues you wouldn't know to visit if a local didn't tell you. I reccomend first checking out 4th street, dubbed "Retro Row", check out the quirky old school shops, stop in a few bars and get your walking buzz going, and then walk over to the  Naples Canal and check out all the houses and fun scenery.

Melanie
I'd forgotten about these! They are pretty sweet. :)

Bianca
Thanks for the heads up Matt! I love visiting hidden gems! :)

The The Queen Mary is worth stopping by and taking a tour.