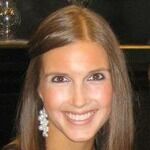 Where to stay in London?

I am traveling to London with my boyfriend October 7-10 and we're trying to figure out what area to stay in.  We're both in our early 30's and would like to be within walking distance to tourist sites, restaurants and bars.  Is there a particular area that you'd recommend?

Also, if anyone has any can't miss shops, restaurants or bars in London please let me know. We love exploring new places! Thanks in advance for your help!

Try the Grange Tower Bridge Hotel! It's within a stone's throw of Tower Bridge and the Tower Of London. It gives easy access via the #15 bus to Saint Paul's Cathedral and Trafalgar Square, and Tower Hill Underground Station will connect you via the Circle/District Lines to Westminster and Parliament Square. I put my parents up there when they came to visit me, and my mom always wants to go back when she gets their emails!

There's so many different neighbourhoods in London. It's incredibly spread out so hard to be walking distance from everything you would want to see, so I'd recommend you get a Tube pass to make as much of your time as possible. One of my fave areas is around London Bridge - there's Borough Market which has great food tastings as well as amazing bars and cafes and you're close to the Thames for great walks to see the sites and check out the mix of old and new architecture. I've stayed at citizenM hotel London Bankside which was great value, cool, functional rooms, free wi-fi and, important for me, quiet enough to be able to sleep at night. A lot of the hotel accommodation at this price point in London can be, frankly, a bit depressing, but this was terrific. On the downside, the area's a bit removed from central London but it's easy to get anywhere on the underground. Buy a pass though - individual tickets are very expensive. If you're looking for an amazing meal, with a lovely view, try Dinner by Heston at the Mandarin Oriental in Knightsbridge - the dining room overlooks Hyde Park and it's world-class cooking for a relatively affordable price (although admittedly, not cheap!). Oxford St is a good place to explore for shopping & there are some good cafes, restaurants in side streets. At one end is Marble Arch and towards the other end is the The British Museum which is an extraordinary experience. You can also take a detour down Regent St towards Piccadilly and into the theatre district.

answered by
Lisa from Boston

I'm 27, I travel to London for work a lot and lived there for the past year. There are so many amazing neighborhoods and restaurants all over the city, but if you want to be right in the heart of things, I would recommend anywhere in Soho or Covent Garden. From there it depends if you want a hotel right in the bustle or a bit off the beaten path. The main squares in those areas (Leicester Square, Picadilly Circus, and Oxford Circus) are comparable to Times Square, NYC in how busy/bustling they are, which appeals to some people but not to others. Perhaps look for a hotel a few blocks from those squares if you want something somewhat quieter but still walkable to all the main tourist sites and everything else you need!

Edit: You didn't specify budget, but I should clarify that these areas are probably more expensive than others. This recommendation is based on your requirement of being walking distance to tourist sites. Definitely try Airbnb. Have a great trip!

answered by
Gilles from Santa Monica

One of my favorite place in London is Covent Garden but it is quite touristy. East London is another great place. East London starts somewhere around Aldgate. This, believe it or not, is pretty much the epi-centre for all things trendy in London - in particular the areas of Shoreditch and Hoxton. There is a large South-Asian population in the area - particularly around Whitechapel and Bethnal Green. You can see this in the color, great food and lively markets - particularly around Brick Lane.

And like Natalie suggested, I would recommend AirBnB for your stay.

answered by
Damian from Rosario

If you want to have everything nearby to walk to, the most attractive places I recommend are near Piccadilly Circus Travel Information Centre.

I usually try to get my hotels in London by using one of the blind bidding sites, either Priceline or Hotwire, I've gotten some amazing deals over the years (like the Marriott County Hall across from the House Of Commons for $90 USD in June 2013!)  Of course, once you've bid and been accepted, you are locked in, no changes, no cancellations. www.betterbidding.com is a very useful guide for using either one.

If that makes you too nervous, you might have a look at Premier Inn, I just stayed in a new one in Holborn for 69£ for 1 night and 79£ for the other, I think though that their normal rate is going to be much higher.  I've stayed at one in Earl's Court a couple of times, the Premier Inn Kensington Olympia, that one usually comes in lower than most of the others.  5 minutes on foot from the Earl's Court tube station, which means you have direct access to the Piccadilly line which is what serves Heathrow.

There's no one area that is the best to stay in, I tend to stay near the Gloucester Road tube station, Paddington, Earl's Court or if I get lucky, Westminster. The closer I am to a tube station and the more lines running through it, the happier I am.

answered by
Kingsley from London

As a general tip make sure your hotel is within the Zone 1 travel area. This will keep travel times and travel prices down to a minimum as attractions are spread all over the area, although it is true that the centre (Westminster, Soho, Covent Garden etc) have more than their fair share... but then again hotels (apart from the Travelodge London Covent Garden Hotel) are much more expensive there.

answered by
Laura from London

There's lots of hotels to choose from near Bayswater Rd, right by Hyde Park. You could also cycle to get to places in London through Barclay's Cycle Hire, a cheap and easy way to see the city without going on the underground.

answered by
matthew from Paso Robles

I would look around Bayswater, Battersea or Kensington if I were you.