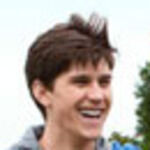 Where can I find the best curry in London?

Heading to London this summer for the first time and I’ve heard the Indian food is insane there, so I would like to know your most favorite places for curry! I don't really care about ambiance. Mostly what I want is good food, so holes in the wall spots would be awesome too.

Johan
Hahaha, will do! Thanks man!

One of the best is Tayyabs, although the food is hot like you would not believe. I’ve mentioned this on here before but the entire party I was with was literally sweating by the time we left. Also—huge lines so go early.

Cinnamon Club is also great—not a huge menu but really great food and very creative. I know you said ambiance doesn’t matter but the ambiance here is actually really great.

Do NOT miss Aladin on Brick Lane which is to London what Yankee Stadium is to baseball. The restaurants on this street are just about all Indian and they compete every year to be the best on the block (all the restaurants there have huge banners outside advertising what place they came in that year), and this one often wins. They have insane puri bread and the shrimp tikka masala is my fave. Very, very cheap. Make sure you go to some of the nearby Indian supermarkets on that street, too—you can really pick up some great stuff to just keep in your hotel.

A friend introduced me to Chutney Mary which I really liked, although I have a tendency to like my Indian food pretty traditional and this menu was definitely creative. That said, I loved having a great Indian place to go to in Chelsea Chelsea.

Rasa Restaurant is really good, too, but I don’t remember what I ate there.

Courtney
No problem--have a blast!

answered by
Phil from London

Hi Johan. A lot of people would say Brick Lane, though there's a lot of choice and personally I think alot of the choices aren't very good. My personal favourite Indian area is Mirch Masala in Tooting. It's got the best curry I've had in London, for a great price, usually lots of atmosphere and you can bring your own beers from the Lidl across the road. Can't go past it!

Johan
Tooting -- that's such a rad name! Thanks for the tip on this man!

answered by
Celine from Toronto

East London has the greatest selection of Indian food.. There are many to chose from on Brick Lane. My favourite is Aladin.. It's a BYOB so stop off at the  Brick Lane Off Licence down the way and grab some beers beforehand.

Johan
Good advice on the BYOB. Thanks Celine!

Walk up and down Brick Lane. Find one. Sit in it. Enjoy. That's really all you need to know.

answered by
Ian from Eastbourne

Head to Brick Lane, aka Curry Alley, and see what smells good. The very best curry is probably Tayyabs on White Chapel Road, which is a short walk away.

Jump off the tube at Aldgate East, Algate, Shoreditch, or Liverpool Street (depending on where you're coming from).

Johan
Alright, I gotta go to this Brick Lane. Thank you sir!

answered by
Neil from Cambridge

Not a typical curry house, but the best Indian food that makes me look forward to go to London, as an Indian, is at Dishoom. They've got the original branch in Leicester Square I think, and a newer one in Liverpool Street.