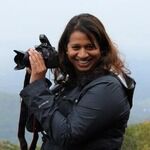 Places to live in London?

Relocating to London for a job for 3-5 years.  Move is happening sooner than expected, so need to start looking into housing fast!

Looking for a 2 bed/2 bath that can accommodate queen size bed and furniture.  I'm more of a modern person, so that'd be great....if I can find an "American" bathroom -- aka, US shower situation, that would be fantastic.

Not into nightlife or bar scene.  Concerns are safety, close to good station and generally quiet (Are London constructed residences quieter than the US?  I currently have issues hearing apartment neighbors above and next to me.  I am not necessary looking for a flat, but anything, house even, with 2 bed/2 bath).

answered by
Philip from London

1. Where will your commute be to? That's key.

2. How long are you prepared to travel each day?

There are lots of nice, affordable neighborhoods in London. If you're looking at central London, Victoria and Pimlico are probably two of the best areas in terms of price and what you can get for your money. It's a quieter, residential area (not nearly as expensive as Marylebone); but still has close access to shops, tube stations and restaurants; Clerkenwell isn't as central but still a great neighborhood. If you like a quirky, artsy vibe, Shoreditch is a vibrant area with pretty competitive pricing for flats. However, it is noisy.

answered by
Caitlin from Boston

I moved from Boston to London 6 months ago and struggled with the same question - London is sprawling and deciding on a neighborhood is difficult! Priorities, mainly your preferences regarding commuting to work and price are important factors in the decision! My priorities were 1) get to work in the city either by walking or on 1 tube w/o out transfers 2) live in a neighborhood that is safe, has cute shops, restaurants, etc.  I came up with the following list. I think all are safe neighborhoods.

Greenwich - I love the maritime feel of Greenwich. Even though its pretty far east, its on the DLR (cutty sark station) so commuting to Canary Wharf or the City is super easy. There are amazing views of the Thames, parks, restaurants, markets, etc. There are also a bunch of new high rise buildings (like New Capital Quay) with great amenities!

Marylebone - Central, tons of nice restaurants, fitness studios, close to regents park, central line to The City. Very expensive but not the most expensive neighborhood in London. I really wanted to live here but wasn't able to find an apartment that worked for me in the 2 weeks I had to look!

Angel and Highbury & Islington - This section of North central London is very popular for late 20/30 somethings that work in the City. Upper Street Islington is full of shops, restaurants and bars, you can commute to the City on the Northern line and even walk if you are feeling ambitious. Slightly less green space than other mentioned neighborhoods.

Clapham - This south London neighborhood is popular for post college grads, and mid/late 20s people. Clapham Common is always buzzing during the summer. The neighborhood definitely has a younger feel but is fun, easy to commute to the city on the Northern line and there is so much going on.

Wapping - Wapping is much quieter than the other neighborhoods on the list. Located just east of the city, this is pretty popular for young families and young professionals that work in the city. There is a ton of new construction (21 Wapping Lane), and refurbished older buildings. It is insanely centrally located but quiet and kind of unknown so apartment rental prices are actually very reasonable/cheaper than surrounding areas.

I found the shower situation to be pretty normal in the apartments I saw :)

It can really depend on your budget and if you are planning on a flat share or not. My old two bedroom/two bath in Clerkenwell is now going for £550 gbp a week...it was not on a very nice street or close to the tube...if that's any indication. Another thing to consider is where your office is and how much time you want to spend on public transport. In Central London, 1 bedrooms can go for  £350 to  £650 (if not more) a week. (For some reason, London rental prices are quoted by the week.)

answered first by
Lindsay from London

Hi Azra! Hampstead Village is pretty quiet, but an expensive area. Clapham might be a good option, it's a safer neighborhood and close to the station. Avoid Hoxton and Brixton