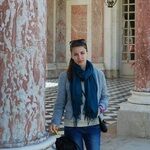 I'm flying to London with Wizzair and I was wondering what is the cheapest way to get to London city from Luton Airport? Also where do I have to get it and where does it stop in London?

Maria, I've always taken the trains when traveling through London, because it cuts down on time/potential traffic/etc.

Total time (according to the Citymapper App, which you should DEFINITELY download!): ~115 mins

Hope this helps! You could get a bus for a little cheaper, but A) you'll still have to get from London City Airport to central London, and B) you'll spend more time doing so.

If you want cheap, take the National Express bus.  It starts at GBP 5 per trip, I believe.  Details:

The coaches are much cheaper than the train, and an advantage is that they drop off at different points in London. However they might take a little longer. Good Luck! You should be able to buy ticket on the door unless you arrive at the beginning of the holidays or such. They go to Victoria for example, you can look them up. I think the companies are National Express and Terravision.