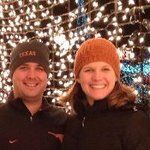 Is there a craft beer scene of any sort in London?

I've got a few questions about pubs saved, but would love to know if there are any places to get craft beer in London. Also, any local breweries?

top answer by
David from London

Yes, there's a very healthy craft brewing scene in London.  There's a locus of brewing in Southwark and Bermondsey south of the river.  Heading along Druid Street from the west you'll first pass Southwark Brewing Company. Keep heading east and that will be quickly followed by Bullfinch Brewery Ltd and Anspach & Hobday. Keep going and on Enid Street you'll find Brew by Numbers.  Further on in the Spa Terminus is the original (and arguably still the best) in The Kernel Brewery.  Another stroll and you'll reach Partizan Brewing Ltd and then the final stop Fourpure Brewing Co..

All of these breweries open their doors on Saturdays so you can wonder from one to the next sampling there wares.  There's also a great food market in Druid St and Maltby St so you can gain sustenance as you walk.

Elsewhere bigger ones include Camden Town, Meantime Brewing Companyc(they also have a restaurant) and personal favourite Beavertown Brewery. They have a moved out to make it a fair slog but their original brewpub is does their beers and good Barbecue - http://dukesbrewandque.com/.

In terms of pubs there are some very good small chains - The Craft Beer Co., Draft House, BrewDog Camden - all of which have between 4-6 pubs in London.  There's also many independent pubs doing great craft beer ranges some of my favourites:  The Rake, The Old Red Cow and the Euston Tap.

If you have a smartphone I'd suggest downloading Craft Beer London app and if you're more technically phopbic they also do a map.

Valerie
I can't say it better myself... this is the ultimate answer! :)

answered by
Scott from Boston

I had the same question when I went last August.  I think you'll be pleasantly surprised.  You still have to hunt a little by using the Craft Beer App, but you can find good brews.  I particularly liked the Hack & Hop, located at 35 Whitefriars St. in London.  Its also across the Strand from Ye Olde Cheshire Cheese, which is a neat old pub, and worth a stop for a pint.  Apparently there are lots of local breweries tucked away, but I didn't have a chance to hit any.  Cheers!

Definitely follow the advice from David Hall and do the BermondseyBeer Mile! I would particularly recommend it on a Saturday early afternoon. Start at 11 at The Kernel Brewery. Also look for the chain Craft Beer Company. There are a few in London and they have a great selection. Lastly, try The Rakeoutside Borough Market. Enjoy!!

Ha ha just a little bit! It is spectacular, Kelly. Everyone has covered the main spots below, however, if you are interested in a crawl then I wrote a blog about three you can do here - http://www.themissionexplore.com/?p=1.

Alternatively the most popular crawl is the Bermondsey beer mile. http://www.londonbeerguide.com/article.php?ID=bermondsey

answered by
Alex from Paris

Yes. Particularly populars ones are Meantime Brewing Company in Greenwich that has a restaurant in the old brewery, it's own pub at The Greenwich Union. There are hundreds of other beers in there and the barmen are always really informative. Meantime have spread around the country and bit now but often have limited edition brews.

Others include Zerodegrees in Blackheath (wasn't in the autosuggestions) which has a microbrewery in its pizza restaurant, Brewhouse & Kitchen which brew in-house Camden Town Brewery and London Fields Brewery.