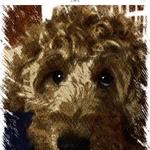 How to get from Heathrow to Liverpool

We will be flying into Heathrow on a late night flight. We are planning on staying the night at the Hilton at Heathrow because of the late arrival. The next day we will be moving on to Liverpool for 2 days before coming back to London. What is the closest station to Heathrow to use for Virgin Trains to get to Liverpool? And what is the best transportation to use to get to this station? Or is this best way to go to Liverpool. Any guidance would be appreciated.

answered by
Mark from Spalding

Have you looked into flying from London to Liverpool?

Sometimes if you are booking far enough in advance, the air fares for that trip can be cheaper than the train plus it will be quicker and less hassle.

Janelle
There are no flights from any of the London airports to LPL. The nearest airport to Liverpool with domestic flights is Manchester, and with the added time it takes to get from MAN to Liverpool (via rail or car) it's faster to take the train from London than to fly.
comments (1)
likes (2) thanks

answered first by
Julie from York

You can take the Piccadilly Line tube (subway) from Heathrow to Green Park (about 50 mins duration). Change there for the Victoria Line to London Euston (another 5 mins).

Have a wonderful trip :)

answered by
Nick from London

I would suggest checking out the RometoRio App, it's very very good and gives you train, flight, bus, car and other options with costs and times pretty much from anywhere on the planet!

answered by
Rachel from London

The easiest way would be to get the tube from Heathrow airport to London Euston. From there you can get a train directly to Liverpool Lime Street. Total journey time is about 3.5hrs. You should look at the website/app TheTrainLine as it will give you all the info you need and you can buy cheaper tickets in advance.

Whenever I go to Liverpool to visit family I usually fly into Manchester, but when I have to go through Heathrow I take the train via London.  If I have to overnight in London I find it easier to stay at a hotel near Paddington or Euston Station (there are plenty at all price ranges) than at Heathrow.

Virgin trains depart every hour from Euston to Liverpool Lime Street in the centre of Liverpool and take a bit over 2 hours.  The standard class fare ranges from £32 for an advance to £156 for a no-advance walkup.  First-class fares are a few quid more but in my opinion not enough of an improvement over standard to justify the higher cost.

answered by
Nardine from Tamworth (England)

A flight will be cheaper than trains and much less hassle

Janelle
No airline flies from the USA direct to LPL. The only way to fly from the USA to LPL is to fly to Dublin, Paris or Amsterdam on one airline, then change to Ryanair (Dublin) or EasyJet (Paris or Amsterdam) to LPL. The nearest airport to Liverpool with direct flights to the USA is Manchester. The trip from MAN to Liverpool via rail or car is about an hour.
comments (1)

Nearest station London Euston, best way to get there Uber, not as quick as Heathrow express train but you will get from your hotel to the railway station with the least stress. Virgin fares are reasonable using advance off peak fares eye wateringly expensive otherwise... Journey time just over 2 hours, there are no direct flights so more expensive and take far more time. Renting a car and driving would take almost twice the time of the train and that's being very optimistic! Enjoy Liverpool?