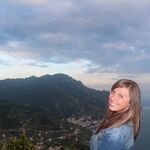 I'm working on planning a trip to London and am a huge Harry Potter fan. I know of the Warner Bros Studio Tour and Muggle Tours. Are there other Harry Potter tours I should know about? What about just general Harry Potter attractions?

Staci, welcome to the right place! I am a huge HP fan as well! Let's see if I can cover all the ones I can remember...

If you're looking for the official stuff:

I know there are a fair number of walking tours, but I did the one from London Walks (http://www.walks.com/london_walks_home/harry_potter/default.aspx). They leave from two different parts of the city depending on the tour/day, but I did the one that departs from Westminster Tube Station and wanders throughout Westminster. You also get a fair bit of history of the area that way.

If you're looking for film locations and it's your first trip to London, the London Eye gives you the iconic shots of the Thames you see in Order of the Phoenix.

Finally, there's a fair amount of speculation about this, but if you make your way up Tottenham Court Rd, there are several alleys near where it crosses Denmark St (the street featured in JK Rowling's other book The Cuckoo's Calling) that are thought to have been the inspiration for Diagon Alley.

Oh! One more--if you know anyone who works at Warner Brothers, their main office is on High Holborn and they have the four Hogwarts crests hanging in their lobby. I can't remember if they allow photos, but they're really cool to see too!

answered first by
Ben from London

There's a Platform 9 3/4 at Kings Cross station where there is a trolley going through the wall that you can take a picture with :)

I also think Leadenhall Market was where they filmed some scenes too?

answered by
Jaleh from Baltimore

I'm not sure about other Harry Potter tours, although I am sure there are many, but one big attraction is the Platform 9 3/4 King's Cross Station. It's a quick one, but one you shouldn't miss!