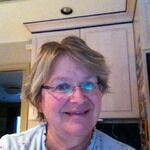 Fun things to do in London

Going to London with some friends. What are not to miss places?

Not sure what your interests are, but I just happened to be helping a friend who was going there with a group of many different ages and interests so see if any of these appeal to you!

Tower Of London don’t let the high admission fee discourage you from coming here. It’s an absolutely incredible experience that will give you a sense of history like almost no other place in London. If you can, send away for tickets to see the Ceremony of the Keys—it’s incredible. It’s a nighttime ceremony that’s been going on for 700 years and it’s not easy to get to see (the tickets go months in advance but try it anyway). Here’s the link to apply for tickets:http://www.hrp.org.uk/TowerOfLondon/WhatsOn/ theceremonyofthekeys This is a must but allow a whole day at least—I would start in the morning because there’s so much to see.

Household Cavalry Museum–its sounds like a colossally dry museum but it’s actually pretty fascinating. The Household Cavalry are the guys you see on horses who guard the queen. I love this place but I’m a royalty nerd.

Victoria & Albert Museum–if you leave London without seeing the V & A you need to turn around, get right back on the plane, and go see it. One of the most extraordinary museums I’ve ever been to (with a couple of the best book/gift stores on the planet). There’s literally always something great going on here. Try to go on a Friday night when the museum is open late—there’s always a very festive atmosphere and it’s a lot of fun. Their café is lovely but if you get there too late in the day there’s never any food left.

National Portrait Gallery -- if you’re a royal watcher (or even if you aren’t) this museum is a blast and you’ll probably recognize a lot of the portraits (like that horrible one of Kate!).

National Gallery—this is right around the corner from the portrait gallery so you might as well see it. Not as great as say, the British Museum, but still wonderful. Try to make sure you see the famous Stubbs painting of the horse in room 34.

The British Museum—if anything ever happens to me I want my ashes spread here. I’ve spent literally days (and days) here and never feel as if I’ve seen everything. The room on the first floor dedicated to the Enlightenment just blows me away and the Rosetta Stone is pretty spectacular, too. This is such an amazing experience.

Natural History Museum –I had no intention of ever coming here but I was pretty knocked out by it. The architecture alone is reason to come—just a breathtaking building. They always have a great twist to their exhibits. Don’t miss it!

Kensington Palace—I was lucky enough to see this place one year before the restoration and one year after and the difference is just amazing. As you probably know, this is where Princess Diana lived and raised her boys and it’s also where Queen Victoria grew up. The last time I was here they had four different exhibits going at once. Truly an amazing place.

Old Operating Theatre Museum & Herb Garrett – this is literally an old operating theater that was discovered during renovations in the nearby church. It’s an amazing discovery and one of the city’s lesser known attractions. You kind of have to see it to believe it. There’s also an herb apothecary attached to it as well.

Fashion and Textile Museum  – it’s a pretty small museum that still sort of seems to be developing, but the exhibits are really well done here (but depends on exhibits).

Design Museum – this incredibly fun museum always has something interesting going on (and the building itself is lovely, too). It’s right on the water so you also get a great view of the Thames from here. There are some great restaurants that look right out over the Thames.

Camden Lock Markett – this permanent flea market has a little of everything—from buy/sell stuff to antique prints, clothes, etc. The merchandise doesn’t change that often so once you’ve been you’ve kind of been, but it’s worth seeing at least once. The architecture in some areas is really extraordinary.

Museum of Brands, Packaging, and Advertising – one of the most impressive and least well-known museums in the city, this is a museum dedicated to advertising and packaging ephemera.  In what other museum are you going to see boxes of cereal on display?

Big Ben and parliament are must-sees, but all you can do is look at them. I enjoyed touring the Tower Bridge steeped in history!  Bus tours are fun on the iconic busses. Also, Harrods is fun for the fashionista and foodie in you,  if you can't make it to the rest of Europe, you can still go on a full culinary tour!!  Don't forget to stop into the local pubs and have fun,

Courtney
Great answers--totally agree with all of it!!!

Depending on how long you're in London, it's a really cost-effective option to check out the London Pass. (Find out more at www.londonpass.com, or purchase one at London Pass (11a Charing Cross Road, London, WC2H 0EP)) You can get reduced or free entry to TONS of places in London (almost all of the great suggestions made so far), and it will dramatically cut down on the cost of doing the 'must-see' sights.

Also, I don't think anyone has suggested it yet, but the London Eye is a MUST do. The secret to success on the eye is to go at sundown--time it so that you're at the top of the eye just after the sun has gone down, and you'll see the city in light (on the way up) and dark (on the way down). It's the only time I ever go, and I go nearly every time I visit!

answered by
Fernanda from Sao Paulo

Hi Donna, it really depends on what you like to do!

If you like parks I defo recommend going to The Regent's Park, it's my favorite. It has beautiful gardens and a coffee shop inside. You can walk to Primrose Hill from there and watch the sunset.

Although I'm a Community Manager for Yelp in São Paulo, I have lived in London for a while and made a list of my favorites places. Here is the link if you want to take a look:

The Design Museum is always great and I highly recommend it. If you want something out of the ordinary the Hunterian Museum is always fascinating... especially if you want to discover new things.  It's not for the faint of heart, but it's worth a visit.

Debbie
You have me sold on these museums!

answered by
Abby from Cincinnati

Make sure you check out the changing of the guard at Buckingham Palace, the Churchill War Rooms, the Victoria & Albert Museum, and see a show on at the West End.

It's all "not to miss", but you should probably go up The Shard, the tallest building in Europe. I believe you get to stand outside. Eeek.

answered by
Neil from Cambridge

Less a place to go, and more a thing to do: Rent some Barclay's Cycle Hire and ride across areas of the city. Rides I specially enjoyed: going across the London Bridge, and happening upon a large green space with a bike path going along a canal for about a kilometer, somewhere between Canary Wharf and Liverpool Street.