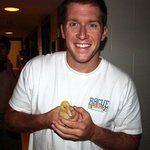 I'm going to London next term on an exchange program and want to check out some really cool architecture. Any suggestions? This is my first trip.

You've hit two of my soft spots: London and architecture. Here are some of my all-time favorites--not just of London, but of the world (with the exception of the last one!). 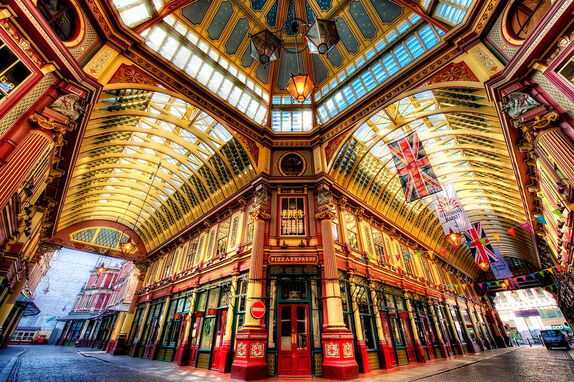 answered by
Alex from London

Are you studying architecture? I did my BArch at Notre Dame with study abroad to Rome -- you are in for such a treat!

Okay, so this could easily turn into an endless answer so I will start by saying that the most essential guide to London's architecture is Edward Jones' "Guide to the Architecture of London". I own several editions of this book and it never fails to impress.

The list below is just of a few examples of buildings you may like to visit, alternating historic and modern and adding a few notes on how to explore them best. I will try to include variety of types and tips on free access as much as possible:

Seems obvious but most visitors actually overlook the more unique aspects of the cathedral. The large crypt serves as Britain's pantheon, it is the resting place of many national heroes. If you pay the entrance fee, do climb up to the dome and lantern for the best view of London's skyline and of the 'new' post 1666 Great Fire city plan.

London's newest skyscraper, it was built after much debate about how it would compete with St Paul's (the historic emblem of London) for preeminence in the city's skyline.  Renzo Piano's work is always interesting, with overlapping surfaces and lines, but an entry fee for general visits and a elevator rush to the observation platform costs 25GBP (I think). The trick is to visit the Aqua Shard Bar on the 31st floor. Even if you have a drink, you will pay less than 25quid and, to be fair, you will see much more of the 'inside' of the building this way, without missing the views. Upstairs from Aqua is Hutong (restaurant and bar) which has one of two of the best restroom views in London (the other being from the loos at SushiSamba at the Heron Building).

Of all the venerable old pubs of London, I particularly like these two hidden gems. You will find other buildings that survived the great fire and that retain the Medieval/Tudor charm of old but these are not landmarks per say. Yet you get a real sense of construction and tectonics from the excellently preserved wooden structures, an idea of what 'everyday' architecture really felt like.

The barrier is a cool work of modern engineering and design. It controls the river flooding cycle from overflowing onto the natural flood plains across London. There is an entry charge of 3GBP (I think) but well worth it.

Said to be the first building specifically constructed to house a permanent exhibition (instead of a converted palace), the Natural History is one of the crowns of Albertopolis, the SW London neighborhood that Prince Albert built to promote the arts and learning to ALL Londoners. A stunning Gothic Revival masterpiece, it invites you to examine all detailed decorations, intricate brick sculptures that pay homage to the natural world. I especially like the friendly animals that substitute the typical gargoyles :)

Tate Modern or The British Museum

For a modern interpretation, visit either/or. The Tate is an excellent example of Industrial British architecture exterior (it was one of the power stations of London) yet the conversion work sings glory to modern minimalism. BTW, the wine bar views across the river, of Millennium Bridge and St Paul's, are epic (and free).

For a view of Georgian everyday life, Fournier Street, Puma Court and Princelet Streets near bustling Brick Lane are definitely worth a stroll.  You still find excellent examples of merchant residential houses from the 18th/19th century, embedded into modern East London life.  This is still a very 'local' neighborhood at the beginning of Tower Hamlets (one of the eastern boroughs). Other significant buildings are Hawksmoor's Christ Church and Spitalfield's Market.

The commercial heart of London includes an expected mix of old historic buildings and smart modern masterpieces. For a peep at what 'The City' looked like, there is a small quarter in Blackfriars that still holds a good concentration of pre-fire pubs and Medieval winding streets, interspersed with the venerable livery companies that have been the beating heart of London's commerce. The Worshipful Society of Apothecaries usually allows visitors into its entry hall and, if you are lucky, into the main hall as well.This is a building type that is unique to Britain, and London, dare I say?

For the whole shebang you must head out to Canary Wharf albeit in my opinion the best modern architecture in London is still concentrated in the City's heart. From the Barbican to the Gherkin to Lloyd's, the Heron, the Ropemakers, Tower 42, 20 Fenchurch, etc. Modernarchitecturelondon.com lists most major works across Greater London and the City of London Corporation holds several tours that cover the square mile.

Kings Cross has just undergone a major renovation. The whole area around the station is buzzing with new residential buildings and corporate headquarters (including Google and the Guardian) being finalised.  The famous train station has kept its historic features including an impressive brick facade but the interior has been ramped up and modernised with a grand covered ticket hall.

Next door St Pancras International remains one of the great rail station in the world.  To best appreciate the cast iron work of the departure hall, try walking up to the second level platforms on the commercial side (look for the champagne bar for easy and free access.  But in order to really admire the old historic details, visit the bar at the old Booking Office.

A stunning 18th century Neoclassical English villa, Kenwood is set in the majesty of Hampstead Heath, London's own little hilltop wilderness. The House was remodeled by none other than Robert Adams and the auxiliary buildings (including the kitchen and bridges) give a real sense of Georgian aristocratic residential ideals.

The Queen Elizabeth Olympic Park is the biggest urban park to be built in Europe in over 50 years. Besides being a major urban regeneration intervention it also houses some magnificent buildings, including the Olympic Stadium, the Velodrome and Zaha Hadid's Aquatic Centre. I will leave it to you to decide if Anish Kapoor ArcelorMittal Orbit is a work of art or not ;)

Hope this gets you even more excited about your stay in London!

answered by
Hans from The Mall

There is just one catch, it is only open to the public during Open House London. For one day per year usually in September.

The Lloyd's building (sometimes known as the Inside-Out Building)[1] is the home of the insurance institutionLloyd's of London. It is located on the former site of East India House in Lime Street, in London's main financial district, the City of London. The building is a leading example of radical Bowellism architecture in which the services for the building, such as ducts and lifts, are located on the exterior to maximise space in the interior. 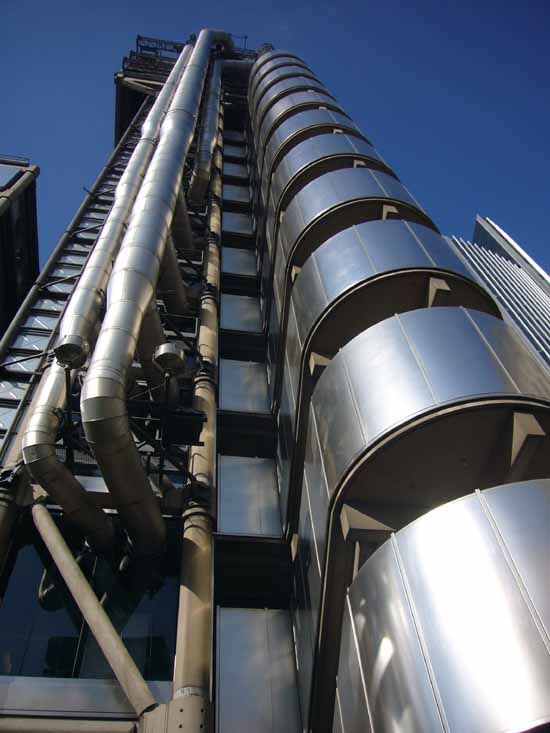