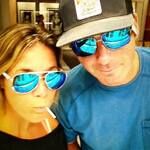 Best hotel, hostel, or AirBnB for the lowest price in February?!

Looking for the most centrally located places to stay that are the lowest in price in these cities/countries. My fiance and I will be traveling to Europe for our honeymoon and are on a tight budget but want to stay somewhere that is centrally located to all of the sights that are a must-see in these places. We would like private rooms with a private bathroom or shared bathroom, but a private room is a must.

I've been to London 20+ times and have stayed in probably 30 different hotels.  I have never had to stay outside zone 1-2 which is where you want to be so you are not spending 30-60 minutes getting into London every day.  I book hotels in a variety of ways, sometimes I blind bid on Priceline, sometimes I book on Hotwire but both of those are non refundable which makes some people uncomfortable but I usually can get 4* hotels for less than a budget hotel (my last one was $90US+ tax for a Marriott across from the Houses of Parliament).  If I'm booking directly then I try to book Premier Inns, Ibis or even Tune just as long as you understand Tune to be very basic and have no amenities unless you pay extra, including towels, hair dryers etc.  I've had good luck with the Premier Inn London Kensington Olympia Hotel in Earl's Court, with the Hotel ibis budget London Whitechapel or Ibis London City which are both in Whitechapel and the Tune Hotel - Paddington was adequate although I would spring for a room with a window if I ever stayed there again.  Premier Inns routinely have sales so I'd sign up for their emails.

I don't know where in Scotland you are planning on going but if it's Edinburgh have a look at the Hotel Motel One Edinburgh-Royal to see if they have any deals, I loved the location.  If not, there are also Premier Inns in several spots in the city, we stayed in Edinburgh Park because we had a car, it was an easy ride into the city by tram although it is 25-30 minutes.  There's another Premier Inn at Haymarket which is more central.

First off Ann Marie, congratulations!  May you have many happy years together.

Secondly, you've got an issue with your criteria.  Centrally located places are usually only to be had at premium prices.  That's because THEY'RE CENTRALLY LOCATED, and they know it!  In addition, centrally located places tend to be where the action is.  That's great, unless you're trying to sleep and the throngs of partiers don't give a rosy rat's rump.  The only places that tend not to fall into this kind of situation are the intercontinental chain hotels.  They're the ones that usually cater to business travelers, and charge business class rates.

My advice to you, on a tight budget, is to stay outside the city center whenever possible, and make friends with public transportation.  I know that coming from SoCal this is an abstract notion for you, but trust me, it's easy and in many cases, fun.  In all the places I've traveled, I've only rented a car once (hey, the Autobahn!  Ya know?).  In fact, it's immensely foolish to use a car if you're staying in a city.  They're a target for vandals and thieves, parking is expensive, and traffic is a nightmare.  I lived in Boston twenty years.  I always used public transportation; whether commuting, shopping, or going into town for pleasure.

Personally, when in DublinI stay in Dún Laoghaire; when in Paris I find a quiet neighborhood away from the city center; instead of Amsterdam, I stay in Haarlem; and I never, never stay in London.

My first time in London I met an American expat who told me that none of the hotels in London were worth the money.  Either they're over priced, or they're a dump.  Over time, I must admit I've come to agree with him.

Finally, although they have fewer amenities, I usually stay at B&Bs (Bed & Breakfast).  They less expensive and far a better value.  Also, usually located in someone's house you get a far more personal touch.  However, be advised that the best leads are often found locally, through tourist information offices, or even from the fellow behind the bar.   This is because many B&Bs don't want to pay the fee necessary to be listed on, or share their income with a web site.  Some also don't like the idea that the never get to see who's renting from them until they see them.

B&Bs are called different things in different countries.  In England, Ireland and Scotland.  In France look for chambres d’hôte.  In Germany they're called  Zimmer Frei, Privatzimmer, or Gästezimmer.   The Italians call themalbergo, locanda, pensiones, camere libere or affitta camera.   What to look for in Scandinavia is either rom, hus rum, or, in Denmark, værelser.  They're Hostales, pensiones, camas and casas particulares in Spain and quartos in Portugal.

The bottom line is this; if you're on a budget you'll need to make compromises.  However, that doesn't mean you need to give up comfort, safety, or cleanliness.

answered first by
Paolo from Rome

cheapest places in Rome are not in the city centre and the best combination to have a cheap room not far from the main attractions of the city is to sleep near a metro station. To sleep outside the city centre of Rome will offer you the opportunity to discover the "real side" of Rome, avoiding tourists traps of city centre.

I can recommend the southern part of Rome, Quadraro area.

Quadraro area is served by metro line A, which is the same line arriving at Spanish Steps and the Vatican. Here there are many B&B, guesthouses, airbnb spaces and the area is still "real". There is a fruit and vegetables market "Tuscolano III" which is still authentic and full of locals every morning, a big and cheap shopping street "via Tuscolana", the Cinecittà studios and the beautiful Parco degli Acquedotti, which is part of Regional Park of Old Appian Way and it is the safest place to have a bike tour in Rome.

My recommendation for  a nice and cheap place is www.martinibed.com Bed And Breakfast Martini Bed is my place :) so I have to tell you to see our review on Tripavisor to be more trustable :)

Also, if your are on a budget, read my blog... www.lowcostrome.martinibed.com

I think you best bet is to book your accommodation through Airbnb. Some hostels offer private rooms with private bathrooms, but you could find a hotel that is equally priced.

In London, you should be able to find an Airbnb very reasonably priced in zone 2. Try around Camden Town, Kings Cross, Greenwich and Stockwell for places that are well connected with central. Basically, anywhere on the Victoria Line, Northern Line, Picadilly Line or Jubilee Line (Underground train lines, aka the tube) will be well connected to New Oxford St, Leicester Square, Westminster, Waterloo Stationand London Bridge. This is where all the best attractions are.

Check out my blog post for ideas on how to get around, where to eat out, free things to do and day trips you can do from the city. http://www.neverendinghoneymoon.net/visiting-london/

We've been to Amsterdam about five times and stayed in hotels, hostels and a canal boat (through Airbnb). Besides the canal boat, the best accommodation we stayed in was the Stayokay Amsterdam Vondelpark. They are clean, safe, and very reasonably priced. The location is also great - it's a little way from Amsterdam Centraal, but it is right beside Vondelpark and you can get there very easily via the trams or on a bike. They also do bike hire, and have a shed for if you hire your own bike elsewhere. This is a great area for the nightlife of Leidseplein and to get to the Rijksmuseum Amsterdam and Van Gogh Museum early (which you need to do to avoid long lines).

Here are some of my posts about Amsterdam to give you an idea of what to expect, what you can do, and what things cost:

In Scotland, we hired a car stayed in a small villa in a castle called Kilconquhar. It was beautiful, but a little expensive. Having the car was the best bit because we were able to explore all of the highlands and drove up to Loch Ness and all the castles. Some inspiration for you here: http://www.neverendinghoneymoon.net/%EF%BB%BFgreat-scot/

In Rome, we stayed in a hotel as it was cheaper than many of the hostels we could find. Rome is very easy to navigate and public transport will get you to most places quickly, so it doesn't matter if you stay slightly outside of the centre.

Paris - hotels are awful in Paris unless you have the money to stay in a nicer one. We've stayed in a hostel and two 2start hotels in Paris. Definitely stay in an Airbnb. Anywhere in the Montmartre area is great, near Gare du Nord (North Train Station).

Here are some things to do in Paris while you are there, including three routes you can walk to see all of the city sites and attractions over two days (walking will save you money and it means you get to see more of the city) http://www.neverendinghoneymoon.net/paris-2/

answered by
Jennifer from Arnhem

Just a short addition to all of the other valuable information: the Roma Love hotel in Rome, close to the vittorio emanuelle metro station.

answered by
Bryony from Chelmsford, Essex

not sure about cheapest but 2013, i stay at the ibis hotel. It neighboured the train and tram station, so could travel easily and cheaply. The best thing to do is get the train from the airport to Amsterdam centaal. You will save time and money as taxis are really costly!! This hotel is 5-10 minute walk to the red light district, 5 minute walk to sex musems, near drinking hotspots, and just all round amazing. Ibis is a familiar uk named hotel and lives up to its reputation. Very clean, friendly staff, and safe/ secure.

just 5 minutes down the road is a ibis budget, which i believe would be cheaper, i havnt stayed in it but if you want lower prices would recommended that as, also really close to all main city attractions.

answered by
Sara from Florence

Low price in London, good luck with that! Just joking, London can be very hard on your wallet but it is worth every penny. Try to look for last minute offers, I found many cheap and nice accomodation with some improvised negotiation. :)