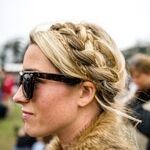 Heading to London and with all my other expenses, I need to find a great, budget-friendly hotel. I want to be close to attractions, good restaurants, and nightlife. Specifically looking for hotels versus airbnb. Thanks!

top answer by
Michael from London

Have a look at citizenM hotel London Bankside in Southwark. You will have the Tate Modern, The Globe Theatre, Mary Ward Centre and Borough Market close by. Then it is just over the pedestrian Millennium Bridge and you are in the city at the feet of St Paul's.

Valerie
Great answer Michael! Just a reminder about our geo-tagging feature -- it's helpful to be able to visualize where places are. Plus, people can click through to them for more information, making your answer more helpful! I've helped you geo-tag the places in your answer on a map. In the future, you can do this yourself as you answer a question by simply typing the @-symbol followed by the name of the place. Take a look at your map next to your answer :)

If I'm going to book a hotel without bidding on Priceline or Hotwire (which I use if I can, much better hotels than booking direct), I look at Premier Inn, Ibis, or Tune.  Bidding on Priceline is a bit of Russian roulette but I have to say that I've gotten fabulous deals including the London Marriott County Hall for $90US per night plus tax ($111 in total) a couple of summers ago.

I have stayed at the Tune Hotel - Paddington, London, my only caution is that the lower floor rooms, the cheaper ones without windows, were really noisy until the tube stopped running.  Great transport connections both around London, outside of London and to Heathrow.

I've stayed at the Hotel ibis budget London Whitechapel by myself and had no concern with the neighborhood, my only caution there is that the shower is inside the room so when you step out you are in the bedroom, not a bathroom.  OK if you're by yourself or someone you don't mind seeing you undressed.

I've stayed at several Premier Inns, sign up for their emails and you may get a sale notice although probably too late for their summer sale.  I like the one in Earl's Court on Cromwell Road and I liked the Premier Inn

You look to be young, have you thought about a hostel?  Some of them have private rooms, I haven't stayed at one in ages so can't recommend a specific one.

Travelodges are pretty basic accomodations, have never stayed in one but do see them recommended from time to time as very budget friendly.

answered by
Mustapha from Birmingham (England)

If you're looking for budget but still want to be near locations and are not very fussed about standards, you could try the apartment-hotels in Bayswater such as Mercure London Hyde Park Hotel, The Queens Park Hotel etc...

I would forget any of the chain budget hotels mentioned unless you are really desperate and like boring naff hotels. A much better and cheaper idea is Airbnb especially as you have a far better choice of neighbourhoods off the tourist track but close enough to all the tourist attractions. My personal favourite area is Clapham and specifically Northcote Rd area, beautiful park Clapham Commonlots of family friendly restaurants and good local shops as well as a daily food market. Its only two stops from Clapham Junction railway station (trains pretty much every couple of minutes) to Victoria which leaves you within walking distance of Buckingham Palace, Westminster Cathedral, Westminster Abbey. There are many other areas with similar attractions

A budget-friendly chain that can be found throughout London is called Premier Inn, and you can hopefully score some deals depending on where you want to stay. The Premier Inn London Stratford Hotel is across from Olympic Park in trendy East London, and connects to the Tube through the giant Westfield Mall next door. From there, it's a straight shot into Central London. 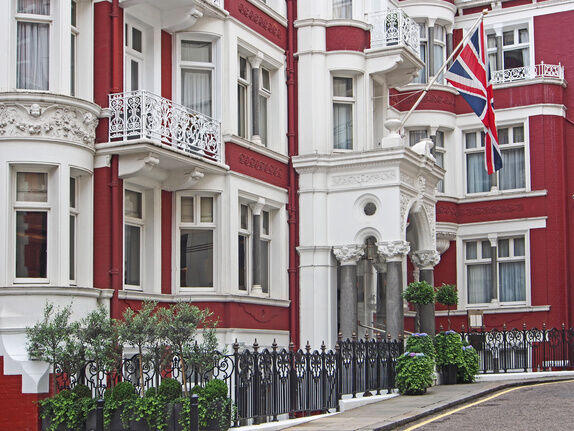 is not a cheap place to stay, especially during tourist season. Try any of the Tune Hotel - Paddington, London group. They are quirky hotels in very good locations. Another good one is Georgian House near Victoria. Checkout sites like www.laterooms.com or www.lastminute.com for late deals on decent hotels.

answered first by
Coco from Dijon

We like Travelodge London Covent Garden Hotel in Covent Garden and there are a lot more all over London. Great deals if you are lucky. https://www.travelodge.co.uk/

answered by
Graham from London

Have a look atSt Paul's Hotel in West Hammersmith London. Close to all transport, competitive prices, privately run, many years ago was private boys school. Lots of history,used by Sir W Churchill and RDF to plan D.Day etc

Check out the The Hoxton, Holborn and The Hoxton, Shoreditch. They are fun, relatively good value hotels and often have special price discounts.