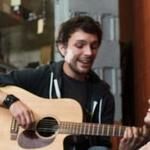 Best "Under $20" restaurants for someone on a tight budget?

When I go to London this summer I'll be on a pretty tight budget as that's the only way I can afford to stay all summer long. Since I'm house sitting I'm going to be relying mostly on supermarket food to save money but I'll have various friends staying with me so I'd like to have a few names of restaurants we can go to that are good but under $20. So tell me--what are you favorite under $20 places to chow down?

As you probably know, London is a super-expensive city for everything, but there are places you can go for under $20. Laughing Halibut is one of my favorites. Great fish and chips, although it looks a bit sketchy from the outside. I've made many a trek to this place for their cod. I would also try the Regency Cafe which is a phenomenal breakfast diner. You may have to wait a while to get a seat, but it's well worth it. If you want to go a little more upscale without spending a lot, you might want to try the Bluebird cafe. It's basically a cafe attached to one of the hippest stores in London. The food is good--not great, but that's not what you go there for anyway. Ye Olde Cheshire Cheese is not only one of my favorite pubs in London, but one of my favorite restaurants. They make some kind of mushroom casserole thing that is fabulous even if it sounds horrible. Tayyabs is wonderful and cheap for Pakistani food. Although beware--it is literally the hottest, spiciest food I've ever tried in my life--I was literally sweating as I ate it. Huge lines, too, so go early. Leon is a restaurant chain that's very popular, although my feelings about it are mixed. I thought it was OK--not incredible, but cheap and there are a lot of locations. If you want to feel as if you're splurging without actually splurging, you might want to try the oyster bar at Bibendum Oyster Bar where you can pay by the oyster. It's an amazing converted space that used to be owned by Michelin (thus, all the Michelin logos and symbols all over the place). It's one of my favorite spots in the city for people watching and in a lovely neighborhood that's fun to stroll through afterwards. I know this sounds a bit touristy, but try the food halls at Selfridges. They're less expensive than the food halls at Harrods and I think the food is actually better. You'd have to order sort of strategically and maybe only go for breakfast, but I would also recommend The Wolseley. It's become a bit over-trendy, but it's still a great setting with great food and a ton of options. Again, you'd probably only be able to do breakfast here, but The Botanist is one of my most favorite restaurants in town. I love the atmosphere and the food is always reliable. It can be a little pretentious, but whatever.

Gerald
Thank you Courtney! Good to know that I'll be able to enjoy the city on a budget!

Try  Wagamama and a couple of the restaurants in Wardour Street in Soho. There is a mexican place there that is very cheap and cheerful but can't remember the name now.

Gerald
Mexican in London? I have to try it! How was it? Thank you for the suggestions, by the way! =)

colleen
wahaca is the name of the Mexican restaurant on Wardour. Also Princi (Italian eatery & stone fire pizza). And right off Wardour is "The Breakfast Club" - big portions under $20 & breakfast all day. There will be a Que but worth it. Patty & Bun near Selfridges is a yummy burger spot too.

answered by
Charlie from Los Angeles

If you are on a really tight budget try Kebab shops which serve up Burgers,Doner kebab, Fish n Chips, and more...  If you prefer the tastes of the Orient there are many budget friendly  Chinese and Vietnamese restaurants scattered throughout  London. Also, if you don't mind eating in a pub most offer great food on a budget.

Gerald
Thanks man! Awesome to know I'll have so many options in Londontown!
comments (1)
likes (1) thanks

answered by
Martýn from Barcelona

In london, for that money, is best to buy in a supermarket (Tesco, for example) and eat in the hotel.