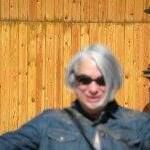 I'll be visiting London in October 2015. Wow -- hotel prices are extremely expensive. Can anyone suggest a reasonably priced place that is convenient to see the sights and is clean and safe? I am a woman traveling solo. Thanks for any suggestions.

answered by
Ragan from Nebraska

After an exhaustive search we used Premier Inn London City Old Street Hotel. It's a chain about the level of maybe a Holiday Inn. There were few perks except the location..we used the one at London City, Old Street. It was around the corner from a bus stop, grocery store and a great pub! we paid £458 for 3 nights for 2 adults 2 kiss. We booked thru price line. Good luck! Oh! Book as early as you can! And wifi comes in 30 mins free and then you have to purchase...

Kathleen
Hi Ragan, Thanks so much. You inspired me to try Priceline. Never have before. I will be staying at the Marriott/Kensington for $162/night -- room & taxes. I think that's great. It's hard to find a cheap hotel for that amount!

Ragan
Kathleen, I am so glad you found somewhere to stay in your budget! Priceline is nice because you can change or cancel without fees...have a great time and don't forget to get your Oyster card!

answered first by
Khadeja from Canada

I would look into furnished apartments, my family & I recently stayed at No.1 The Mansions on Earl's Court... they have smaller studio apartments and it's super clean (daily maid service during the week). In terms of location there are several shops and restaurants nearby so you have everything you need within reach... it's also a short 5 minute walk to the Earl's Court and a 15 minute walk to south Kensington. Enjoy London! I'm sure you'll fall in love with it :)

I've stayed at a lot of Premier Inns, it's a good chain and you can get decent deals if you plan ahead, sign up for their emails, I got a great deal on the one in Holborn, I think it was 69£ per night in August at the height of tourist season.  I also use blind bidding on Priceline a lot, it doesn't always work and you have to be patient (and understand that it's totally non changeable and non cancellable) but I've stayed at much better hotels for a lot less.  A couple of years ago I got the Marriott County Hall, right on the Thames, for $90 US ($111 with tax) in June! I've also used Hotwire which you know the rate but not the hotel, I've had better luck with Priceline

Another option is Tune Hotels, they are like Ryan Air, you get the basics and if you want extras you have to pay for them.  I was a little surprised that even towels were extra but everything else I could have lived without.  And finally there's Ibis, I've stayed in a couple and sometimes you can find good deals.

What I would not do is sacrifice location for cost.  If it's not near a tube station and it's not in central London, I'd have a hard time staying there, especially if traveling by myself.

I would definitely check out Airbnb, look for female owners (as your travelling alone) and don't be afraid to check out areas that aren't in the centre, I particularly like Clapham area  especially around Northcote Rd area for it's trendy but relaxed shopping and eating plus it's within walking distance of Clapham Junction station, 2 stops (ten minutes) to Victoria for Buckingham Palace, Westminster Cathedral etc. Feel free to ask more questions!

answered by
Elspeth from Sheffield

Airbnb is usually pretty good but if you're not too confident about using them (you kind of need to do plenty of research to get a feel for the different types of thing available) then use one of the many furnished/serviced  apartment blocks available. These are usually people or companies who have bought apartments purely to let & therefore have a quick turnover of people & efficient servicing. I have regularly used Marlin apartmets who have blocks in various locations.

answered by
Christa from Bolingbrook, Illinois

Annally Bed and Breakfast Bill and Kathleen are the best and make huge delicious breakfasts! About 50$ a night and a 20 minute bus ride to city centre.

Michael
Not very convenient if your actually visiting London, England!

Christa
For some reason I thought she was asking about Dublin! Sorry! Lol

Michael
No worrie Christa, I will keep it in mind for when I visit Dublin!

answered by
Abbi from Northeast

I always use VRBO.com, Homeaway.com, or Airbnb.com to find affordable places to stay. I've never had problems with any of them - just be sure to read the reviews before you make a reservation.

answered by
Greer from Tonbridge, Kent

Depends on what you mean by expensive? If you really want to save money, I highly recommend the Premier Inn London Stratford Hotel by Westfield Stratford City. The prices can vary but if you book early enough, there is usually a bargain to be had. Plus it's on top of a huge shopping centre, so plenty of people around and yet still manages to be peaceful. All the money you save can be spent on shopping instead! Plus the transport links are excellent.

Michael
Only if you wish to stay in a desolate concrete area beside a soulless shopping mall which could be anywhere in the world, the hotel is good value though!

Greer
Didn't say it was nice, but it is cheap! If you want cheap, just avoid London.